Israeli Social Fabric is Ripping at the Seams

Israel has reached apartheid, the antithesis of Judaism’s long tradition of social justice.

May 20, 2021 Sam Bahour Medium
Printer friendly
Israeli Social Fabric is Ripping at the Seams Published May 20, 2021 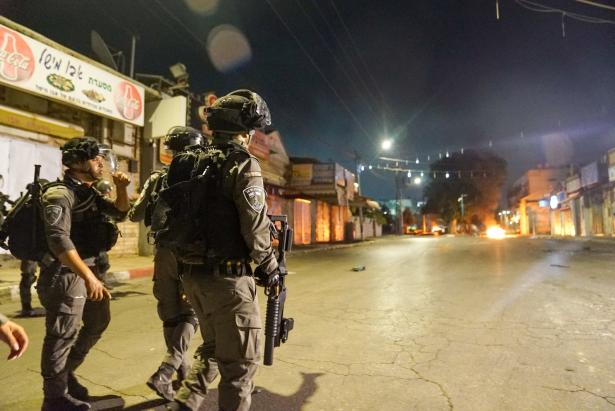 Events in Israel and Palestine are disturbing, to say the least, but far from surprising to anyone who has been awake.

In an opinion piece last August that was published in Haaretz, Pushing Palestinians back to armed struggle, I wrote: “If the US and Israel do not make an about-face soon, Palestinians will care less who blames them when the bullets and missiles start flying in both directions.”

My focus in these words was on how Palestinians living under Israeli military occupation would act if nothing changed. Regretfully, I was spot on.

Allow me to also repeat something else I wrote in that opinion: “I am absolutely convinced that there is no military solution to this conflict. Israel has proven it cannot win, despite its military power, and Palestinians have proven they cannot lose, despite their never-ending sacrifices. But not winning and not losing is not good enough.”

Although Israeli state violence, called military occupation, has not stopped for one day since 1967, there will be much to analyze and write about this latest outbreak of violence once the missiles stop flying, the dust settles, the injured are attended to, and the dead on both sides are buried.

Short of invoking an end to Israel’s military rule over five million Palestinians, this latest round will end right where it started, except for further emboldening some on both sides who are bound to claim some false victory.

This current episode did not erupt out of the blue. It is a result of multiple layers of wrongs that have been repeatedly ignored by stakeholders across the political spectrum, both in Israel, Palestine, and across the international community, especially the United States.

We have been here too many times before.

The one seemingly new aspect of this violent episode shaking everyone’s sense of security in Israel, more than the indiscriminate missiles falling on Israeli cities, is the outburst of civil unrest in Israeli communities across Israel.

From mixed Arab-Jewish cities like Jerusalem, Lod, Jaffa, Akka, and Haifa, as well as Jewish-majority Israeli cities where Palestinians work and study, like Tel Aviv, the social fabric of Israel is being ripped apart at the seams by mobs and violence threatening persons, some as they sit in their homes, and property.

Despite seeming calm throughout the years, those seams were never truly stitched together properly.

The aftermath of this breakdown will have a long-lasting impact on how Israel develops. It is up to people of conscience everywhere, especially in Israel, to ensure the impact is positive and results in corrective actions of the accumulation of state wrongs.

But one must ask here the same that was asked regarding Israel and Palestinians under military occupation: “Is anyone seriously surprised?” 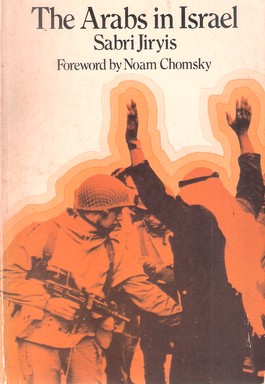 The Arabs in Israel (By Sabri Jiryis)

The seeds of today’s turmoil across Israeli cities have been well-documented for many years, actually decades. My longtime friend Atty. Sabri Jiryis wrote a classic in 1966 titled, The Arabs in Israel. One of the first law graduates of the Hebrew University and a prominent Palestinian activist, the first edition of his book was written in Hebrew only to have the Israeli military censor block its publication.

It was subsequently updated and published in Arabic and translated into English and numerous other languages. In painstaking detail, this book revealed the system of governance that Israel installed since its establishment in 1948. What was bound to follow is what we are witnessing today, a painful societal collapse based on decades of wilful Israeli discrimination.

When I last visited Sabri in his home in his Palestinian village of Fassouta in the Western Galilee in 2012, I wrote this about what I experienced, “The Galilee First, if the world is serious about Israel and Palestine!” There was no question that Israel was continuing to apply the methods of military occupation inside Israel that it perfected during the military rule it placed Palestinian citizens in Israel under from 1948–1966.

Israel has a population of slightly over nine million people, about 20% of those are Arab citizens, Muslims and Christians. Add to that the population of five million Palestinians that Israel controls by force in the occupied territory, and Israeli statistician predictions are proving true, that between the Mediterranean Sea and the Jordan River the populations of Jews and non-Jews are converging.

There is a fundamental problem with this demographic equation, Israel has ensured “Jewish supremacy” in Israel and Palestine, either by rule of law or the rule of military might.

Anyone questioning my use of the words “Jewish supremacy” need only to read Israel’s latest addition to its Basic Law in 2018, the “Israel as the Nation-State of the Jewish People”. In short, this law told Palestinian citizens in Israel, this place is not yours to claim as home.

It is not only Palestinians who have been pointing to the catastrophe playing out in the streets of Israel today. These three Israeli military figures all rang the bells too.

IDF Deputy Chief of Staff Maj. Gen. Yair Golan, in a landmark speech at a Holocaust Remembrance Day ceremony on May 4, 2016, said:

“If there is something that frightens me about the memories of the Holocaust, it is the knowledge of the awful processes which happened in Europe in general, and in Germany in particular, 70, 80, 90 years ago, and finding traces of them here [in Israel] in our midst, today, in 2016.”

Former Israel Defense Minister Moshe Ya’alon, while explaining his resignation at IDF headquarters in Tel Aviv on May 20, 2016, said:

“But to my great sorrow, extremist and dangerous elements have taken over Israel and the Likud Party and are shaking the foundations and threatening to hurt its residents.”

“Sadly, senior politicians in the country have chosen the way of incitement and segregation of parts of Israeli society instead of unifying it and bringing it together. It is unbearable to me that we will be divided among us out of cynicism and lust for control, and I expressed my opinion on the matter more than once out of honest concern for the future of society in Israel and the future of the next generations.”

And as if to summarize the Israeli state of affairs, former Israeli Prime Minister and Israeli Defense Minister Ehud Barak was quoted during a TV interview on May 20, 2016, saying:

Israel has been “infected by the seeds of fascism”.

Responding to the resignation of Defense Minister Moshe Ya’alon earlier in the day, Barak said that it “should be a red light for all of us regarding what’s going on in the government.”

“What has happened is a hostile takeover of the Israeli government by dangerous elements. And it’s just the beginning.”

“Life-sustaining Zionism and the seeds of fascism cannot live together,” Barak told an Israeli Channel 10 interviewer.

Fast forward to today and there is a name for where Israel has reached, in Israel proper, as well as concerning Palestinians in the occupied territory, apartheid, the antithesis of Judaism’s long tradition of social justice. It is about time Jews around the world speak up, publicly and loudly, and add to what scores of Palestinian voices have argued ad nauseam over the years.

The recent reports from the largest Israeli human right organization, B’Tselem, another Israeli human rights outfit, Yesh Din, and Human Rights Watch, all labeling the state of affairs as the crime of apartheid, just as Jiryis did in 1966, albeit without using the “A” word, and the picture is crystal clear. If Israel is not stopped and held accountable. it will threaten itself and all those around it.

Until that happens, we are left with the news that in Lod, one of those mixed cities supposedly coexisting in peace, “the [Israeli] authorities have declared a special state of emergency in the city, which has a population of about 80,000 people, and imposed a night curfew. Hundreds of paramilitary border police were brought in from the occupied West Bank and deployed across the city.”

The theme of Israeli actions since its founding has been that the old Palestinians will die, and the young will forget. That cannot be further from the truth as we are all witnessing in horror today.

I recently had the honor to read the book manuscript (seeking a publisher) of Sabri Jiryis’ daughter, Fida, who currently resides in Ramallah. A Palestinian Christian woman writer, born in exile in Lebanon and who lost her mother in a Beirut bombing in 1983, her book chronicles her family’s story, their exile and return to Israel, by interweaving it with the history and present of Israel.

Fida and I co-authored a Haaretz piece in 2012, Why Land Day Still Matters (republished at +972 Magazine), that highlighted the Israeli Palestinians’ plight for emancipation in Israel. No, Palestinians are not forgetting, they are communicating with the world like never before.

Whether this latest outbreak of violence can be attributed to Israel’s refusal to allow Palestinians in East Jerusalem to vote in the now-delayed Palestinian elections, the continuing Israeli displacement of Palestinians to make room for illegal Israeli settlers like what is happening in Sheikh Jarrah, dozens of discriminatory laws and practices, Hamas rockets, Netanyahu’s quest to remain in power (and out of jail) at any cost, or so much more, one thing is for sure.

Without addressing the root causes of today’s reality, we are merely witnessing the latest episode of violence before the next.

[Sam Bahour is a Palestinian-American business consultant from Ramallah/Al-Bireh in Occupied Palestine. He is a frequent independent political commentator and is co-editor of “Homeland: Oral Histories of Palestine and Palestinians” (1994). He blogs at ePalestine.ps. @SamBahour]

A version of this article was originally published at Plus61JMedia on May 18, 2021.