How a Third Reconstruction Could End American Poverty

The Third Reconstruction should aim to end -- once and for all -- the oligarchy of rich Whites by creating an America in which all are equal at the voting booth, the school, the clinic and the workplace. 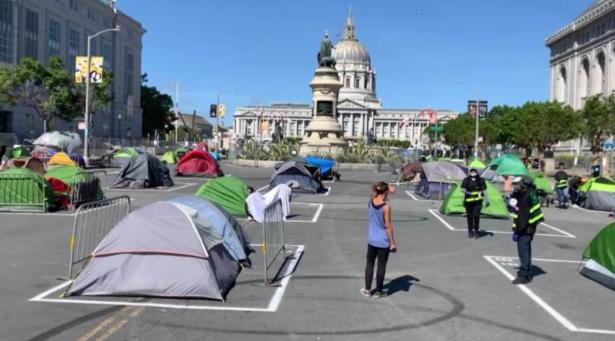 The leaders of the Poor Peoples' Campaign, Rev. William Barber II and Rev. Dr. Liz Theoharis, Democratic US Reps. Barbara Lee, Pramila Jayapal and other Congressional backers of the new House resolution titled the Third Reconstruction, are doing the Lord's work, not only in scriptural terms to lift the poor but in patriotic terms to fulfill America's founding credo that we are all created equal. Their call for a third reconstruction is as pragmatically achievable as it is morally right.

The resolution, released last Thursday and subtitled "fully addressing poverty and low wages from the bottom up," calls on Congress to recognize that it is a "moral abomination" that there are more than 140 million Americans "who are poor, low-wealth or one emergency away from economic ruin" and to recognize that the US federal budget is a "moral document that exposes the priorities and values" of the nation.

The truth is that what the third reconstruction advocates in economic policy already exists in Canada, Denmark, Finland, Germany, Netherlands, Norway, and Sweden and many more countries, just not in the United States. These countries, whether led by governments of the center-right (as in Germany, Netherlands, and Norway) or the center-left (as in Canada, Denmark, Finland and Sweden), believe that all citizens should live dignified lives free of economic deprivation.

In Europe such economies go by the name "social market" or "social democracy." Yet these terms, so common there, are little used and even less understood in the US. Right-wing news outlets like Fox News and the Wall Street Journal spread misinformation about social inclusion by labeling such mainstream ideas as "socialism," and thereby spread fear among poorly informed Americans.

Socially inclusive economies work like this. Every child gets a good chance in life with publicly provided health care, childcare, and quality education. Every worker gets a decent wage through union-backed collective bargaining and public labor standards, including vacation time, family leave and sick leave. Citizens are encouraged to vote, and voter registration is easy if not automatic. People work productively but with moderation; they like their leisure and family time too.

The social democracies collect more government revenues as a share of national income than in the US, enabling government to reduce inequalities and to provide quality public services and infrastructure.

The US ranks lower than many socially inclusive economies on every key dimension of life, with a lower life expectancy, higher poverty rate, no guaranteed paid sick leave, longer working hours per year, and, yes, less happiness.

Herein lies the case for America's third reconstruction. The first, 1865-1877, followed the Civil War. For a brief period, freed slaves enjoyed suffrage in the defeated Confederate states and used their political power to establish public education in the South for the first time. The first reconstruction was brutally cut short by the return to power of White supremacists, who implemented an apartheid-type regime to re-subjugate African Americans through vagrancy laws, lynchings, forced labor and racial terror.

The second reconstruction was the Civil Rights movement of the 1940s to 1960s, which dismantled most of the race-based legal structures yet failed to fully uproot the racism that had underpinned this era. The second reconstruction was followed by the Republican Party's swing to the right under Richard Nixon and Ronald Reagan, and the mass incarceration of young Black men as a new form of slavery (the documentary "13th" offers a scathing exposé).

Social democracy is based on the proposition that all citizens are equal before the law and in the market economy. Yet from the start, America has been in a non-stop struggle over that supposedly very-American proposition.

The original drafters of the Constitution did not implement a system that included racial or gender equality. Rather, the institutions they crafted enslaved the African Americans, oversaw ethnic cleansing and genocides against the Native Americans and left women without suffrage or legal rights. As later immigrants arrived, the White elites tried to attract some to their side through the politics of White supremacy, while others -- based on their race, religion, and geographic origin --were pushed into the large underclass of the poor and peoples of color.

Historically, Europe had its notorious class, gender and religious divisions -- all causes of war and hatred. But America's race-based politics was something new. Indeed, the Nazis learned much from America's racist immigration laws and its wars of extermination against Native Americans. Adolf Hitler was an avid reader of Karl May's novels about the genocidal wars on Native Americans that opened the West to settlers.

Deep inequalities continue to divide the nation, and as such, America needs a third reconstruction. The most recent US Census Bureau data on poverty are stark: In 2019, on the eve of the pandemic, the poverty rate of White, non-Hispanics was 7.3%. For African Americans, it was much higher -- at 18.8%; Hispanic Americans, 15.7%, and American Indians and Native Alaskans, 20.3%. Poverty worsened during the first months of the pandemic according to monthly data by Columbia University researchers.

The new House resolution rightly aims to end poverty "from the bottom up," meaning by empowering the poor. The first mechanism for doing so is ensuring voting rights for the poor and people of color. Rich Whites in the US have always tried to hold power through voter suppression, and are trying to pass new laws to do so again.

The second mechanism is reversing the nation's long-term decline in union representation, the result of a sustained corporate war on unions. And the third is instituting fair labor standards to enforce anti-discrimination laws and require minimum decent standards for hourly wages, vacation time, leave time, and working conditions. The fourth is supporting social programs that ensure that access to education and health care are basic rights guaranteed by law.

America's greatest historian, W. E. B. Du Bois, a genius of unsurpassed eloquence and insight, wrote of the failure of America's first reconstruction in his monumental 1935 treatise, Black Reconstruction. He described how the rich, White elite -- southern landowners and northern capitalists -- broke the working class by enticing poor Whites to the side of the rich and promising a system that would leave them ahead of still poorer Black people. Du Bois argued that poor Whites were the "swing vote" in American politics: Would they side with their economic interests or with the rich White oligarchy, on the evil promise of White supremacy?

This is the same game that White racists play today, trying to entice working-class White men to vote against union bargaining, a living wage, modernized infrastructure, health care protection and honestly taxing the rich -- through the lie that the federal government is the enemy of the White, working class.

The Third Reconstruction should aim to end -- once and for all -- the oligarchy of rich Whites by creating an America in which all are equal at the voting booth, the school, the clinic and the workplace.

Most Americans today support the bulwarks of social inclusion, including a more active government that promotes health care, education, infrastructure, and other public investments and services. If the new attempts at voter suppression do not stop the poor from turning out at the polls, the Third Reconstruction will prevail. As the saying goes, "third time's the charm."