To Confront Sexual Violence, We Don’t Need Better Prosecutors — We Need to Abolish Them

Prosecutors’ offices deal in punishment, not healing, prevention or justice. 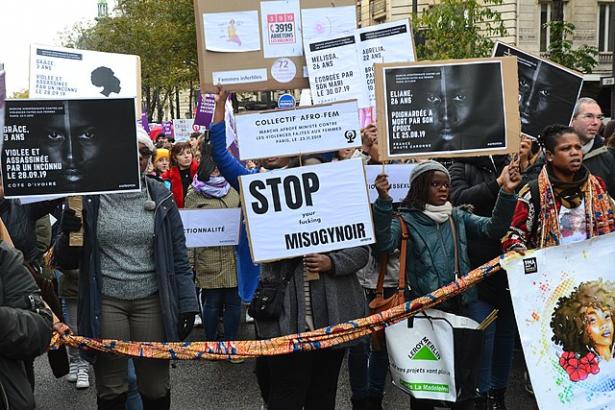 March against sexist violences and sexual violence. A huge mobilization. Between 50,000 and 100,000 people in Paris - 23 November 2019,Jeanne Menjoulet from Paris, France

When candidates running for prosecutor claim to be on the side of survivors of violence, we always need to take a closer look — and recognize the violence inherent in the office itself.

In May, Manhattan district attorney (DA) candidate Alvin Bragg published an op-ed with advocate Marissa Hoechstetter in which they assert that it’s time to “center survivors and fight the public health crisis that is sexual violence” by expanding the prosecutor’s office to include a specific sex crimes unit. Not long after, carceral feminists Gloria Steinem and Sonia Ossorio announced support for the wealthy Wall Street candidate for Manhattan DA, Tali Farhadian Weinstein. They similarly claim that the expansion of the punishment system will improve the lives of women. The reality is that these carceral feminists, Manhattan DA candidates and the overwhelming majority of DAs across the country, are pushing forward a decades-old agenda of expanding a system that is inherently violent and counter to what most survivors say they need.

One year after the murder of Oluwatoyin Salau, a Black teen activist who was failed by a system unable to provide her safe housing and was, therefore, left more vulnerable to violence, the DA candidates are advocating for devouring the already austere New York City budget to build out the criminalization infrastructure.

While carceral feminists may take up much of the public spotlight, radical feminists have long made connections between interpersonal and state violence, showing how law enforcement has perpetrated gender-based violence throughout history and outlining the ways that carceral systems have failed many survivors. While it may be true that some survivors feel that the criminal legal system is useful to them, studies have found that around 70 percent to 75 percent of sexual violence survivors do not report the violence to the police. Of those who do report to police, crude estimates show that 2.3 percent result in a conviction.

As the experience of Chanel Miller — a sexual assault survivor whose victim impact statement went viral in 2016 — revealed to millions, the court process is frequently retraumatizing and victim-blaming for gender violence survivors, even if a conviction occurs. Survivors are often crushed as the carceral machinery churns along to cage its next victim. Unlike restorative or transformative justice approaches, this legal system does not foster survivor-centered healing and accountability. The things that are precious to so many survivors — the abusive person taking responsibility for the violence they caused, apologizing and outlining how they will stop their violence, and making agreed-upon amends — are not byproducts of this system. The byproduct is more violence. Studies have shown that when the state targets communities with criminalization and incarceration, these communities actually experience increased rates of interpersonal violence rather than less. In short, incarceration does not prevent violence, it fuels it. The Manhattan DA has had over two centuries to become a victim-centered office — ultimately carceral feminists need to reckon with the fact that this is not possible in a system that only cares about punishment and not what survivors actually say they need.

As a recent survey of violence survivors has shown, overall survivors of violence prefer investments in schools, jobs and mental health treatment over more investments in prisons and jails. These realities would not surprise most anti-violence advocates. Since the Violence Against Women Act was first introduced, survivor advocates, particularly those that center the most historically marginalized groups, have stated over and over what communities ask for most while experiencing abuse: somewhere safe to live and somewhere nurturing to heal. Nevertheless, these cries go largely ignored by most bureaucrats and lawmakers. As a result of refusals to invest in actual affordable housing and sufficient emergency cash assistance, our city’s shelters burst at the seams, as domestic violence has become the number one driver of the New York City homeless shelter population. Upon fleeing violence, many survivors and their families then experience the stress of severe poverty and housing insecurity.

Any real commitment to survivors must involve divesting from law enforcement responses to violence — which most survivors do not benefit from and which many marginalized survivors experience as violent — and redistributing resources to life-affirming and non-carceral supports.

Prosecutors Must Drop Charges Against Survivors

Not only do prosecutors usually fail to provide any respite for survivors of gender-based violence, they also often directly target them with criminalization and incarceration. The Manhattan District Attorney’s office has a long history of prosecuting survivors of gender-based violence. In 2007, seven women were arrested for defending themselves after being sexually harassed in the West Village, and four of them were later sentenced to up to 11 years in prison. Today, that same office is prosecuting Tracy McCarter, a survivor of domestic violence, for the death of her abusive partner. The DA’s office currently houses a Domestic Violence Unit similar to the proposed sex crimes unit that Bragg and Hoechstetter propose, and yet it continues to prosecute people for defending their lives.

Meanwhile, DA candidate Farhadian Weinstein pledges to support domestic violence-related mandatory arrest laws, which have been shown to result in some survivors being arrested, due to being mistaken as the abusive person. Notably, the researcher whose work helped spur the adoption of mandatory arrest laws backtracked when additional data emerged indicating that these laws actually resulted in increased domestic violence for low-income survivors of color.

Steinem and Ossorio are promoting Farhadian Weinstein’s plans for a Bureau of Gender-Based Violence as if a departmental expansion and name change can transform the system’s relationship to survivors. Prosecutors cannot claim to care about survivors while simultaneously criminalizing their survival.

Prosecutors often serve as a criminalized survivor’s next abuser through aggressive character assassinations, monitoring their movement and phone calls, and creating an environment of punishment and fear. New York City jails and prisons are also frequent sites of sexual violence. Criminalization, prosecution and incarceration inherently spread violence; they don’t solve it.

Any discussion about reforming criminal legal systems on behalf of survivors without mention of how these very systems are abusing survivors themselves is incomplete at best, and extremely harmful at worst. This is particularly true for Black, Latinx, Indigenous, queer and trans survivors who are rarely seen as “real” victims by courts if they fight back, but are also killed at the highest rates when they do not fight back. The city’s next DA must decline to prosecute and drop the charges against all survivors of gender violence — including Tracy McCarter — once elected. Otherwise, their “commitments” to survivors are nothing more than campaign talking points while survivors continue to be penalized by prosecutors in New York City.

Prioritize Survivor Needs, Not the Expansion of the District Attorney’s Office

Survivors shouldn’t have to engage with violent carceral systems to receive the support they need. While gender-based violence is supposedly considered a public health issue, local and state government officials and prosecutors continue to push for a law enforcement response.

The District Attorney’s office is a law enforcement body, and we know that in ravaged government budgets, when a budget line is added in one place, it means another is lost. Instead of adding more survivor-oriented social workers and medical personnel to the law enforcement budget, we should be building up these resources in other departments. Supports should not be an extension of policing.

Moreover, if these resources are housed in police precincts and district attorney’s offices, they are likely to be used as carrots to pressure survivors into working with cops and prosecutors. As just one example, New York State requires that survivors quickly report a crime to law enforcement to be eligible for Victim Compensation, financial assistance to cover medical bills, counseling or other costs related to their survivorship. This policy coerces survivors into engaging with police to receive emergency economic support. Funding for the prosecutor’s office should be redirected to the resources that survivors have been consistently asking for, such as housing, flexible funds, and other resources that are essential for supporting survivor healing and self-determination. If we funded these needs proactively, we would be investing in the prevention of violence rather than only responding after the fact — and peddling public dollars into institutions that often cause further harm.

Defund the District Attorney’s Office to Radically Invest in Safety

Prosecution cannot address the root causes of violence. The criminal legal system itself is built on anti-Black racism, settler colonialism, capitalism, cisheteropatriarchy, and other oppressive forces that sustain a culture of violence. Unable to recognize their fundamental role in continuing these systems of oppression, any solutions that prosecutors offer outside of shrinking their own power will continue to fall short. For example, something as simple yet consequential as the framing of the issue has implications for who is recognized as a survivor and can access public resources. During this campaign, DA candidates — as well as Steinem and Ossorio — wrongly use a “violence against women” frame to describe gendered violence, which is often used to exclude transgender women and erases many other survivors across the gender spectrum. These instances reinforce what other feminists have long been telling us about the delusions of trusting the criminal legal system to support survivors, when these systems have targeted the communities that many survivors come from.

Conversations about the consequences of relying on criminal legal responses to violence have been happening for decades, from the Feminist Alliance Against Rape newsletters in the 1970s to the Moment of Truth Statement signed by anti-violence organizations across the country in 2020. Prosecutor candidates like Bragg and Farhadian Weinstein are proposing to interrupt gender-based violence with more violence (such as the sexual violence of incarceration). A truly transformative step would be one that shrinks prosecutor power. If prosecutors really want to help gender-based violence survivors, they should cut their budgets and return their funds to the city for community and survivor-led participatory budgeting.

Prosecutors’ offices are using their outsized power and resources to harm so many of us, particularly Black, queer, and other historically marginalized communities. It is time to defund and abolish them all, and give us what we need to live.

Please make a tax-deductible one-time or monthly donation to Truthout while there’s still time! Donate Now
Copyright © Truthout. May not be reprinted without permission.  Reprinted with permission.

Taylor Blackston is a Black queer abolitionist organizer and survivor of sexual violence.

Sojourner Rivers is a sexual violence survivor, member of Survived & Punished NY and a member of the #StandWithTracy defense team.