Pilsen Labor Organizer Rudy Lozano Gets A Day In His Honor: ‘He Left A Profound Lesson For Us All’

Lozano committed his life fighting for labor rights, union organizing before he was murdered in 1983 at the age of 31.

August 1, 2021 Mauricio Peña Block Club Chicago
Printer friendly
Pilsen Labor Organizer Rudy Lozano Gets A Day In His Honor: ‘He Left A Profound Lesson For Us All’ Published August 1, 2021 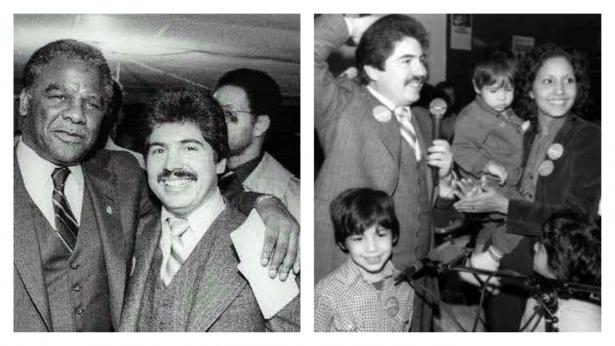 July 29th is now Rodolfo “Rudy” Lozano Day in Cook County, following a resolution approved Thursday by the Board of Commissioners.

Lozano committed his life to fighting for labor rights, union organizing and advocation for the Pilsen community before he was murdered in 1983.

“Cook County honors his unwavering dedication to humanity and the empowerment of all working-class people in his commitment to uplift these voices,” said Commissioner Alma E. Anaya, who introduced the resolution. “We will never forget the legacy of Rudy Lozano as he continues to be one of our most important labor and community leaders in Chicago and Cook County history.”

Lozano was born in Texas in 1951. His family moved to Chicago and he grew up in Pilsen.

As a high school student, he helped organize a walkout to protest a lack of representation in the curriculum and substandard school building at Carter Henry Harrison Technical High School, according to WTTW.

After mounting pressure and more walkouts, the school board agreed to build Benito Juarez Community Academy.

At the University of Illinois at Chicago, Lozano advocated for immigrant workers through groups like Centro de Acción Social Autónoma – Hermandad General de Trabajadores (Center for Autonomous Social Action – General Brotherhood of Workers). He also fought for better living conditions for immigrant workers at Tortillería Del Rey in Pilsen, according to WTTW.

Lozano ran for 22nd Ward alderman in 1983, falling 17 votes short of forcing a runoff against incumbent Ald. Frank Stemberk. But Lozano played a crucial role in building a coalition between Latino, Black and white communities. Mayor Harold Washington enlisted him to be his advisor and liaison to the Latino community, according to the resolution.

“His efforts led to the unprecedented electoral victories of candidates that supported working-class people and their issues in the Chicago region then, and for generations to come,” Anaya said in a statement.

“He left a profound lesson for us all, to working-class solidarity in the name of peace and justice. His vision survives to this day and is carried by peers, fellow allies of the movement and devoted family members”, Anaya said.

Please Subscribe to Block Club Chicago, an independent, 501(c)(3), journalist-run newsroom. Every dime we make funds reporting from Chicago’s neighborhoods. A subscription gives you unlimited access to all of our stories and our neighborhood newsletters.