Afghanistan Tragedy Should End Calls for ‘Regime Change’ in Iran

The idea was already absurd and dangerous. But now the Afghanistan debacle should bury it permanently. Despite 20 years and $1 trillion in military and other aid, the U.S. supported-government collapsed within weeks. 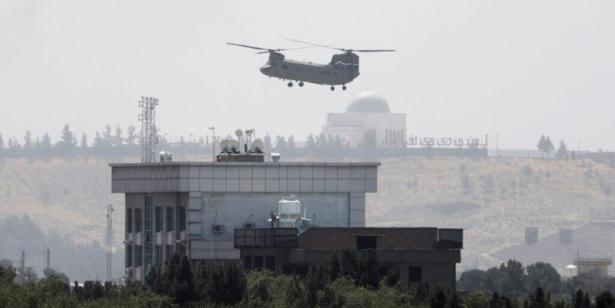 As the tragedy in Afghanistan continues, there is at least one positive consequence. The warmongers in Israel and their allies in the neoconservative Washington, D.C. war party will find it even harder to convince the American public to support an invasion and “regime change” in Iran.

The idea was already absurd and dangerous. But now the Afghanistan debacle should bury it permanently. Despite 20 years and $1 trillion in military and other aid, the U.S. supported-government collapsed within weeks.

. . . Iran is one of the world’s oldest, proudest, and most enduring civilizations. . . Iran has had three thousand years of (mostly) continuous nationhood. . . It is also one of only seven or eight nations that were never colonized by European powers. . .

The regime-changers do not understand a simple human truth; people anywhere will fight to resist foreign invaders, even if they dislike their own government, especially when the outsiders have a different religion and culture.

Even more preposterous is the Iranian exile group the regime changers are allied with to topple the government in Teheran. The People’s Mujahadeen of Iran (MEK) is a cult organization, based in Albania with no real presence inside Iran, other than small groups of commandos who are probably responsible for sabotage and assassinations. The MEK does have funds  — the rumors are that Saudi Arabia contributes — which it has used to lure people like Rudy Giuliani and former Trump national security adviser John Bolton into speaking at its conferences. Bolton told a 2017 MEK gathering in Paris, “There is a viable opposition to the rule of the ayatollahs, and that opposition is centered in this room today.”

But the most astonishing fact about the MEK is that it fought alongside Saddam Hussein in the 1980-88 Iran-Iraq War against its own countrymen. The MEK itself estimated that it killed over 50,000 Iranian troops. It defies human nature to believe that such an organization will ever be accepted by the Iranian people.

The Iran regime changers are already howling in fear at the sudden collapse in Afghanistan. Here’s one hysterical neoconservative apparatchik, Eli Lake:

After surrendering to the Taliban, does the Biden administration really have the stomach for its long sought capitulation to Iran?

Meanwhile, the humanitarian Afghanistan crisis continues. Amid all the noise in the U.S., Rep. Ilhan Omar, a former refugee herself, had one of the most sensible responses:

There will be plenty of time for confronting the failures of Afghanistan policy over the course of 4 presidencies. The urgency of the moment now demands we marshal an international coalition to evacuate every Afghan citizen who is fleeing for their lives.

[James North is a Mondoweiss Editor-at-Large, and has reported from Africa, Latin America, and Asia for four decades. He lives in New York City.]