The New Science on How We Burn Calories

How the new science of metabolism could change our understanding about, for starters, chronic disease, aging and obesity 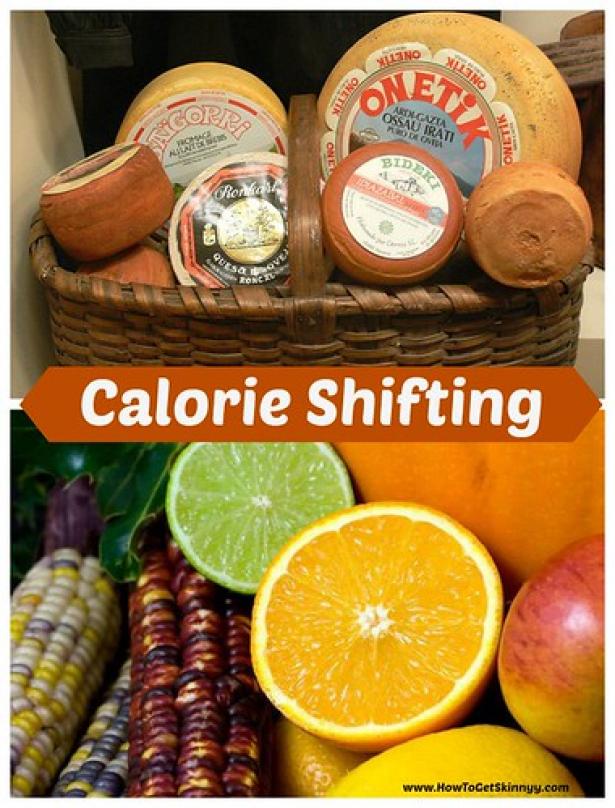 Calorie Shifting by Conny Sandland,licensed under CC BY 2.0

It’s simple, we are often told: All you have to do to maintain a healthy weight is ensure that the number of calories you ingest stays the same as the number of calories you expend. If you take in more calories, or energy, than you use, you gain weight; if the output is greater than the input, you lose it. But while we’re often conscious of burning calories when we’re working out, 55 to 70 percent of what we eat and drink actually goes toward fueling all the invisible chemical reactions that take place in our body to keep us alive. “We think about metabolism as just being about exercise, but it’s so much more than that,” says Herman Pontzer, an associate professor of evolutionary anthropology at Duke University. “It’s literally the running total of how busy your cells are throughout the day.” Figuring out your total energy expenditure tells you how many calories you need to stay alive. But it also tells you “how the body is functioning,” Pontzer says. “There is no more direct measure of that than energy expenditure.”

Though scientists have been studying metabolism for at least a century, they have not been able to measure it precisely enough — in real-world conditions, in enough people, across a broad-enough age range — to see how it changes throughout the human life span. It is clear that the bigger someone is, the more cells they have, and thus the more total calories they burn per day. But it has been much harder to assess whether variables like age, sex, lifestyle and illness influence our rate of energy expenditure. This lack of data led to assumptions rooted in personal experience: for instance, that significant hormonal changes like those that take place during puberty and menopause cause our metabolism to speed up or slow down, prompting us to burn more or fewer calories per day; or that men have inherently faster metabolisms than women, because they seem able to shed pounds more easily; or that our energy expenditure slows in midlife, initiating gradual and inevitable weight gain. “I’m in my 40s; I feel different than I did in my 20s — I buy it, too,” Pontzer says. “All that intuition was never backed up by data. It just seemed so sure.”

Last month, however, a paper published in Science by Pontzer and more than 80 co-authors revealed that much of what we thought we knew about metabolism was wrong. Using previously collected data from more than 6,400 subjects who ranged in age from 8 days to 95 years, and adjusting for body size and the amount of fat and muscle present, they found that our metabolism generally goes through four distinct life phases. Newborns’ metabolism resembles that of adults. Then, when they are about a month old, their metabolic rate starts rapidly increasing, until between 9 and 15 months, it is more than 50 percent higher than an adult’s — the equivalent of a grown-up burning around 4,000 calories a day. (The U.S. Department of Health and Human Services estimates that, on average, adult women need between 1,600 and 2,400 calories a day and adult men between 2,000 and 3,000 calories.) At that point, between age 1 and 2, energy expenditure starts to decline and keeps falling until roughly age 20. From there, it holds steady for the next 40 years, even during pregnancy and menopause; you burn calories as efficiently at 55 as you do at 25. At around age 60, energy expenditure begins to drop again and continues to do so until the end of our lives. Men, the researchers observed, do not have innately faster metabolisms than women; rather, they tend to burn more calories per day for their size because they typically have a higher proportion of muscle, which uses more energy than fat does.

The study “addresses a really significant gap in our understanding of basic human physiology,” says Richard Bribiescas, a professor of anthropology at Yale University. “It’s really important not only for basic science but because metabolism — how we utilize energy in our body — is absolutely central to any understanding of disease or well-being.”

Researchers have long been able to calculate how many total calories we burn by measuring how much carbon dioxide we emit as a byproduct. But usually subjects must be in a lab to undergo the necessary tests, so the results show only their metabolism at rest, at one moment in time. Not until the 1980s did a method to measure metabolism during daily life, called “doubly labeled water,” start being used for people. Subjects are given water in which the hydrogen and oxygen elements are “labeled” by using isotopes. The difference in the number of neutrons in their nuclei allows them to be detected. After drinking it, the subjects resume regular activity and provide a few samples of urine (or blood or saliva) in a week. Energy expenditure is calculated by measuring the rate at which the participants eliminate the labeled hydrogen, which passes intact through the body, versus the labeled oxygen, some of which is exhaled as carbon dioxide, a waste product from our cells’ transforming fuel into energy. The proportion of labeled oxygen that is missing lets researchers figure out how much carbon dioxide was emitted and thus the caloric expenditure.

Working with doubly labeled water is expensive. Only about nine labs in the world employ it regularly, says Jennifer Rood, associate executive director for cores and resources at the Pennington Biomedical Research Center, which is affiliated with Louisiana State University, and an author of the Science paper. A single study done with doubly labeled water typically includes fewer than 100 people, not enough to see population-wide patterns. But in 2014, the labs that use it came up with the idea of creating a database to collate as many doubly labeled water measurements as possible from the past 40 years. The still-growing database, which underpins the Science paper, includes samples from dozens of countries and cultures, from foragers in Tanzania to commuters in Manhattan. “In terms of scale and scope, this is just unprecedented,” says Rozalyn Anderson, a professor of medicine at the University of Wisconsin-Madison and an author of a commentary published with the study.

Sign up for The New York Times Magazine Newsletter

The size and diversity of the sample enabled researchers to see a common pattern in how metabolism changes with age. But there was still tremendous variation in subjects’ metabolic rates, highlighting the significant role that other factors, like genes and lifestyle, most likely play in determining why people of the same size with similar habits can have very different daily energy expenditures. Eventually, Pontzer says, mapping the universal features of human metabolism will narrow the possible reasons for those disparities.

Already, the paper raises a host of questions. For instance, how should children’s substantially faster metabolisms, and older adults’ slower ones, influence nutritional recommendations and drug dosages? And what is the link between the decline of metabolism around 60 and the corresponding increase in chronic disease? “There’s got to be some switch that turns on in a 1-month-old that says, ‘I have to ramp up energy expenditure really high,’ and then something that says, ‘Now I’m 60, I’m not going to be as efficient as I was,’” Rood says. “What are those switches? I think those are the keys to aging.”In fact, Anderson says, there are drugs already in use that influence metabolism in people and have been shown to increase life span in mice. Researchers have theorized that aging cells use less energy because they’re doing less of the repair and maintenance needed to prevent illness. But, Bribiescas notes, simply ramping up the metabolic rate of older people is “not going to be a magic bullet for addressing a lot of disease” because of the stress it puts on other systems in the body: “If you add more energy, you may just cause things to fall apart even faster.”

Knowing when metabolism naturally changes, though, should help researchers refine their concepts of health at every age. “It’s kind of like looking at the caterpillar stage versus the butterfly stage,” Bribiescas says. “What we’re seeing here is, you’re a completely different organism from when you’re 5 years old to when you’re 50.” This contrasts with a tendency in science to consider all humans as “a generic blob of cells” that are fundamentally the same, he adds. “This particular study is going to draw greater awareness for understanding these important nuances.”

Kim Tingley is a contributing writer for the magazine.