Israel Moves to Silence the Stalwarts of Palestinian Civil Society

Palestinian human rights activists and civil society groups are not "terrorists." The effective criminalization of Palestinian institutions and the expansion of the settlements are two sides of the same coin. 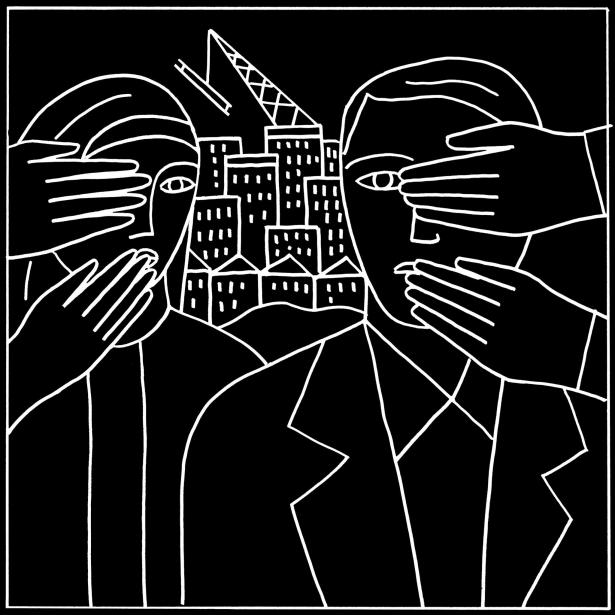 On Oct. 19, the Israeli Ministry of Defense singled out six of the most prominent Palestinian human rights and civil society organizations, using secret, and thus far insufficient, evidence to accuse them of being “terrorist” organizations with links to a militant group. Just days later, Israel approved the construction of more than 3,000 new settlement units in the occupied West Bank and announced plans to double the Jewish-Israeli population in the Jordan Valley by 2026.

The effective criminalization of Palestinian institutions and the expansion of the settlements are two sides of the same coin. The goal is clear: to silence the independent monitoring of Israel’s human rights violations that stand between total annexation of the occupied West Bank and international accountability. Since the 1990s, Palestinian civil society has expanded to fill the role of exposing and resisting the crimes of the Israeli occupation and the corruption of the Palestinian Authority and Hamas. It has become the last line of defense. It will be harder to hold Israel to account if some of the most important Palestinian rights organizers are silenced, weakened or eliminated.

The targeted groups — Al-Haq, Defense for Children International Palestine (D.C.I.P.), the Union of Agricultural Work Committees, Addameer, the Bisan Center for Research and Development and the Union of Palestinian Women’s Committees — are stalwarts of Palestinian civil society. Their work varies widely — among other things, D.C.I.P. highlights the detention and abuse of children in the military court system, and Al-Haq has been providing crucial evidence to the International Criminal Court for its investigation into alleged war crimes perpetrated in the occupied West Bank and Gaza. Together they form part of a civil society whose mandate is to represent and provide services to the five million or more Palestinians living under Israeli military occupation.

For over three decades, the groups’ rigorous documentation, monitoring, data collection and international advocacy have been vital to revealing the reality on the ground, and they are often the first port of call for diplomats, the United Nations and the wider international community that relies on them for assessments of what’s happening in the occupied territories.

As a consequence of these groups’ work, the Israeli authorities have been raiding offices and harassing the staffs of these and other organizations for years. Just this past July, Israeli soldiers raided D.C.I.P.’s office in the West Bank city of Al-Bireh, seizing computers, hard drives and client files related to the Palestinian child detainees it represents in Israeli military courts. When such raids occur, staff members have sometimes been arrested.

These tactics are seemingly part of a wider, continuing movement to delegitimize, defund and permanently gut Palestinian NGOs. The shrinking space of Palestinian civil society has been well documented. It’s part of a campaign, spearheaded by the Israeli government (with support from groups like NGO Monitor and UK Lawyers for Israel, which pursue these Palestinian groups in court and have been accused by advocacy groups of disseminating disinformation), targeting civil society organizations that monitor and resist Israeli human rights violations, including the continuing expansion of illegal settlements.

These attacks on civil society are not limited to organizations operating in Israel, Gaza and the West Bank. They spill out into courtrooms, campuses and government offices across Europe and North America through smear campaigns, the proliferation of unconstitutional anti-boycott laws and lawsuits meant to distract and drain nonprofit organizations providing solidarity to Palestinian civil society.

But why label these groups “terrorist” now? Undoubtedly, the United States and Europe are the intended audience of the designation. It seems Israel’s goal is to weaponize the sprawling infrastructure of antiterrorism laws created around the world after Sept. 11, targeting Palestinian human rights defenders by labeling their legitimate work “terror,” thus making their organizations, their efforts and their very persons toxic, untouchable and, most important, far harder to fund.

The full effects of the designation are yet to be borne out. In real terms, it opens the door for further harassment of the staffs and resources of these organizations, increasing the risk of arrest and possible prosecution. Further, if the international community agrees with Israel’s designation, these organizations could see their fund-raising end.

This moment is a testament to the spirit and sustained progress of these organizations. However, the implications — the threat to Palestinian human rights defenders, the potential lack of scrutiny of Israeli violations and the continuous, unchecked encroachment onto Palestinian land — all portend darker times ahead. Further, this designation of the groups that monitor abuses in the occupied West Bank is a deliberate distraction from the settlement project in the West Bank that began more than 50 years ago.

International human rights groups have issued strong statements about the authoritarian and repressive nature of such a measure, with calls to immediately rescind the designation. There is also already pushback in the form of a congressional resolution in the U.S. House of Representatives. That’s good. A robust civil society is a key feature of a healthy democracy. It is authoritarian regimes that silence and suppress them.

The U.S. State Department (which reportedly was not notified in advance of the decision) has already asked for clarification, and the local office for the U.N. High Commissioner for Human Rights called on Israel to “fully respect the rights to freedom of association and expression, without any interference or harassment against the organizations or their staff.”

Likewise, Palestinian civil society groups and international human rights bodies have issued calls for Israel to immediately rescind these designations. Anyone concerned about protecting democratic institutions should stand with them.

[Zena Agha (@Zena_Agha) is a Palestinian Iraqi writer and a nonresident scholar at the Middle East Institute in Washington.]