books The Uneasy Alliance Between Frederick Douglass and White Abolitionists 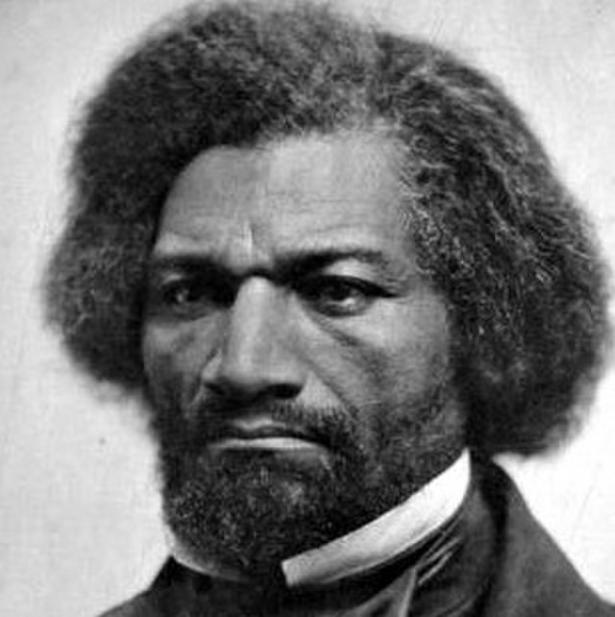 On Aug. 6, 1845, Frederick Douglass set sail on a speaking tour of England and Ireland to promote the cause of antislavery. He had just published “The Narrative of the Life of Frederick Douglass,” an instant best seller that, along with his powerful oratory, had made him a celebrity in the growing abolition movement. No sooner had he arrived in Britain, however, than Douglass began to realize that white abolitionists in Boston had been working to undermine him: Before he’d even left American shores, they had privately written his British hosts and impugned his motives and character.

The author of these “sneaky,” condescending missives, Douglass soon discovered, was Maria Weston Chapman, a wealthy, well-connected and dedicated activist whose scornful nickname, “the Contessa,” stemmed from her imperious behind-the-scenes work with the leading abolitionist William Lloyd Garrison.

In Linda Hirshman’s fresh, provocative and engrossing account of the abolition movement, Chapman was “the prime mover” in driving Douglass away from the avowedly nonpolitical Garrisonians and toward the overtly political wing of abolitionism led by Gerrit Smith, a wealthy white businessman in upstate New York. With brisk, elegant prose Hirshman lays bare “the casual racism of the privileged class” within Garrison’s abolitionist circle.

Setting out on her research, Hirshman initially considered Chapman a feminist hero whose significant role in the movement had long been overlooked. After all, Chapman raised enormous funds for abolition societies, edited Garrison’s newspaper, The Liberator, for years in his long absences, and carried on a massive petition campaign to end slavery. But when she read Chapman’s voluminous correspondence, Hirshman encountered the ugly personal rivalries and private politics at the center of a shaky alliance between the uncompromising Garrison and the ambitious and self-possessed Douglass.

Behind Douglass’s back, Chapman depicted him as untrustworthy, arrogant, selfish and in need of white supervision. Ostensibly to protect the ideological purity of Garrison’s brand of abolitionism, she warned her British friends that Douglass had “the wisdom of a serpent” and would be “tempted” by the London faction allied with Smith’s New Yorkers. Chapman’s correspondents in England wrote her back in similarly disparaging terms, describing Douglass as “injudicious and jealous.”

Douglass’s unflinching responses to these insults reveal his immense forbearance. After learning of Chapman’s duplicity, he confronted her directly, writing that her comments were “very embarrassing” and did him a “great injustice.” The self-righteous Chapman proceeded to quickly inform her many friends that Douglass was oversensitive, “selfish” and quick to take offense.

Racial prejudice, Hirshman writes, permeated abolitionism. So much so that when Douglass returned from his immensely successful British tour and wanted to raise the fees for his columns, Edmund Quincy, editor of The National Anti-Slavery Standard, privately referred to Douglass by the most offensive racist slur. In fact, he did so more than once.

The alliance between the Garrisonians and Douglass foundered on shoals both private and public, personal and political. Chapman and her allies greeted Douglass’s every suggestion with distrust. Eager to manipulate him into becoming an unquestioning spokesman for nonpolitical abolitionism, they repeatedly reprimanded Douglass. Unmoved, and unwilling to limit the scope of his activities, Douglass responded, “I may do anything toward exposing the bloody system of slavery.”

What Douglass ultimately did, of course, was desert the Garrisonians, join the Gerrit Smith faction of abolitionism, and adopt its antislavery reading of the Constitution. He was influenced not just by the Garrisonians’ private treatment, but also because the 1850 Fugitive Slave Act had changed the terms of resistance. As slaveholders were given permission to hunt fugitives across the North and bring them before federal courts for rendition, the law stripped Black defendants of all rights, including habeas corpus. By federal authority the act also forced Northerners to participate in the capture of fugitive slaves. Was it constitutional? If so, then, was slavery itself sanctioned by the Constitution? Garrison had long maintained that it was, and therefore that abolition would never be achieved through law or politics.

Hirshman’s incisive analysis clarifies how the long confrontation over federal law fortified abolitionists’ resolve. Since the Revolution, Black people had sued for freedom, sought the rights of citizenship and challenged slavery in court. But Prigg v. Pennsylvania (1842), a decision that struck down free state laws designed to prevent the return of fugitive slaves, sent abolitionist lawyers probing for “weaknesses in the court’s constitutional barricade around slavery.”

Garrison and his allies pilloried Douglass as an “enemy” to the cause of abolition even as they applauded their white opponent Gerrit Smith for taking the same position. They published scurrilous rumors about Douglass’s marriage and implied that he had fallen under the spell of a “Jezebel,” the British abolitionist Julia Griffiths.

As Hirshman deftly reveals, the personal was political. The alliance between Garrison and Douglass lasted long enough to power the fractious movement through its first decade, but broke because the Garrisonians had “actually never accepted the full humanity of Frederick Douglass.”

[William G. Thomas III is a professor of history and the Angle chair in the humanities at the University of Nebraska-Lincoln. He is the author of “A Question of Freedom: The Families Who Challenged Slavery From the Nation’s Founding to the Civil War.”]