It’s the rising left against ‘Colombia's Trump’ in a presidential runoff, and social storm watches from around Africa 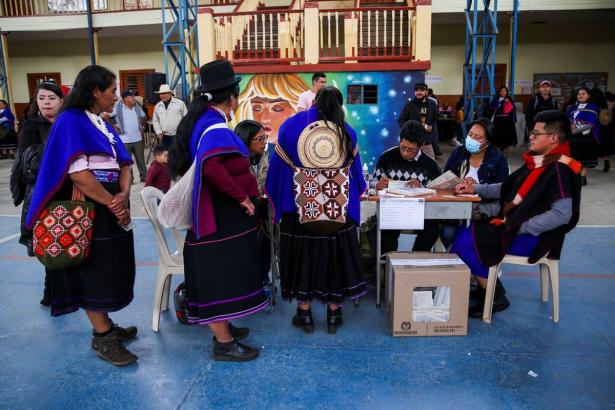 Misak indigenous people cast their votes during the first round of the presidential election in Silvia, Colombia May 29, 2022. Credit,REUTERS/Luisa Gonzalez

Gustavo Petro and Francia Marquez, presidential and vice-presidential candidates of the Pacto Histórico coalition, scored a first-round victory in elections held on May 29. They face an uphill battle against right populist candidate Rodolfo Hernández.

The Russian illegal war in Ukraine has accelerated a shift in the world order forcing a renewed balance of power. Countries and analysts are calculating the implications of re-balancing and positioning for significant changes. So what are these shifts, the implications and consequences?

With the world’s billionaire class and national leaders meeting in Davos as they pretend to meet as stewards of international leadership, Oxfam said there is one clear thing they should do if they want to be taken seriously: support a tax on billionaire wealth.

Mubarez is fighting for women's rights, organizing demonstrations on the streets of Kabul. She continues her activism even as the Taliban introduces ever-stricter regulations controlling the lives of women.

In London’s poorest borough, I ran as an open socialist against the Labour Party to become mayor — and I won. Despite Labour’s conservative turn, the Left can win like I did: by going on the offensive.