Names of the GOP sugar daddies - the buck starts here 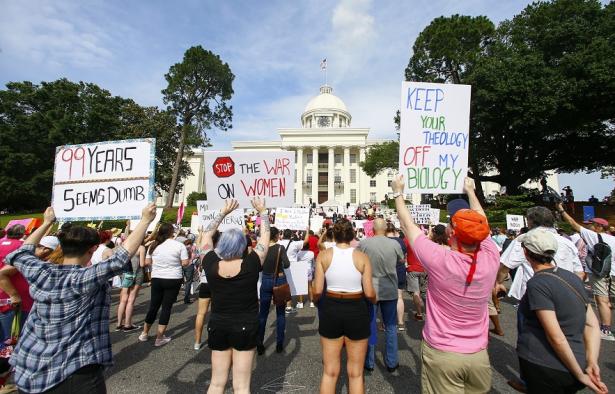 Eric Adams is belatedly realizing that, once you teach humans to be scared — once you’ve done the hard work of unmooring the emotions of the populace from the conditions on the ground — it’s not so simple to un-flip that switch.

Indiana’s Republican attorney general sparked widespread outrage by launching an investigation into a doctor in his state who recently provided legal abortion care to a child rape victim from Ohio. Reproductive rights advocates have framed the case as just one example of what lies ahead.

We have not seen a consistent effort by Israel or its supporters to challenge the facts or law upon which the charge of Israeli Apartheid is predicated.  Instead, the response has been to label the Apartheid reports and those who wrote them anti-Israel and anti-semitic.

The future of abortion clinics, especially given the ever-changing legal landscape, is uncertain. But they are already having conversations about how they can stay open and provide other forms of reproductive and gender-affirming care.

This election cycle, nearly half of the funding (47 percent) raised by the two major Republican congressional super PACs came from just 27 billionaires, a new report from Americans for Tax Fairness revealed. That’s $89.4 million, straight from the pockets of over two dozen of America’s richest people.

Florida’s ‘anti-woke’ law could scare off CEOs from doing diversity training, but there are alternatives for leaders who still want to create inclusive cultures.

Transit workers and labor unions across America are sounding the alarm over the trend of violence, assaults, and abuse that workers in the transportation industry in the US have faced throughout the Covid-19 pandemic, a crisis they say will continue to worsen without federal action and implementation of safety protections and rules.

The Overdue Rehabilitation of Jim Thorpe
By Alexandra Schonfeld
People

Sports legend Jim Thorpe was restored as sole winner of the 1912 Olympic Gold Medals. Thorpe, a Native American athlete, was stripped of his medals a year after the 1912 Olympics after it was discovered he had made a small sum of money playing minor league baseball.

Investigate Neo-Nazis in the Military? GOP Votes No
By Tess Owen
Vice

All 208 House Republicans thumbed their noses at an amendment to a bill that would order the government to investigate white supremacist and neo-Nazi activity in the military and federal law enforcement. The amendment—which was wrapped into the annual defense spending bill—still passed strictly along party lines.

Almost daily now, we are smacked in the chops with more evidence that the election and administration of El Caudillo del Mar-A-Lago was just another symptom of the prion disease with which movement conservatism infected the Republican Party. A more garish and infinitely more dangerous symptom, to be sure, but they are demonstrating that they don't need him.