Global Left Midweek – Socialists in and out of Power

Socialist politics, a displaced feature of the international scene 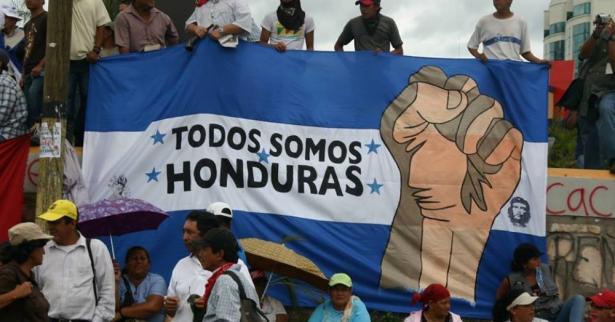 As the South African Communists emerge from their congress, they must now answer several questions about their party’s future direction. What its real role is, and should be, in the South African politics of today. Does it still want to change the direction of our country? Or to have a seat in the room where things get decided? Or should it merely exist as an ideological voice?

On 19 March, Volodymyr Zelenskyy ratified a decision taken by the National Security and Defense Council to “temporarily suspend the activities” of 11 Ukrainian political parties, citing their alleged “links with Russia”, including several ostensibly leftist parties. At the start of July, the Ukrainian courts ordered the closure of the Communist Party of Ukraine and the seizure of its assets.

[Moderator's note: The following is excerpted from a longer article which can be read in the original French here. Translation by Portside.]

The left in France has deep roots because it is the heir to “la Grande Révolution”. The 2022 election results only confirm this observation. Despite some anxieties, the left has not disappeared. It has certainly progressed modestly in percentages (just over two points between 2017 and 2022), a great deal less than the far right (just over 11 points). But it has returned to the center of political controversy and, within the left, the collapse of the social-liberal option has given primacy to an overtly leftist left.

In politics, however, it is better to understand that the will to power must be accompanied by clarity. The 20th century saw the height of the fluctuating link between the left and the labor movement, at a time when an expanding territory for labor was at the heart of the people’s very existence. For the moment, nothing indicates that the left revival will result in a re-articulation of an association that broke down. The workers’ movement has not disappeared, but it is more divided than ever and the balance of power within it, particularly in the trade unions, has shifted. In any event, what remains of this movement is no longer the only actor in social criticism. Exploitation, domination and alienation are now equally challenged. Inequality is coupled with discrimination of all types, productivism [economic growth] is just as much in question as financial power, the inadequacy of representation is intertwined with the so-called “illiberal” [narrow, unenlightened] temptations. [Clarifications by Portside.]

Basically, equality remains crucial, but it opens up other questions than those of the distribution of wealth. The “social” is no longer reduced to purchasing power, even if this question rightly haunts the expectations of the poorest. The emancipation of collectives and that of individuals can no longer be thought of as opposing each other. Everything is connected and the multiple facets of systemic critique are theoretically inseparable. And yet, they obey distinct dynamics and the desire to bring them together (expressed in notions such as “intersectionality”) says nothing about the processes that can durably rearticulate them into a unified movement, capable of taking over from yesterday’s workers movement.

Left-wing formations, including the most far left, are no longer popular organisations. They are built around refined categories, intermediate or of higher rank, installed above all in metropolitan areas. Now it is no longer enough today to claim to be of the people, any more than of the class, if one does not see exactly what the class and the people have become. The problem with both is that they are no longer unified structures or in the process of unification, but disunited complexes. It is therefore useless to know who to choose, from the top or the bottom, from the metropolis or the periphery, from the middle strata or the poorest, from the “in” or the “out”. The most decisive, and yet the most strategic thing we can determine, is how to reunite what must be reunited, what can this reunification be built around: by fanning resentment or by relegitimizing the desire for emancipation?

The articulation of the social and the political can no longer be done on the model of the galaxies of yesteryear, neither those of social democracy of Northern Europe, nor that of French communism. To tell the truth, it is better to start from the idea that none of the great historical models is in a position to respond to the contemporary complexity of the social. The labor model, the socialist-communist model and the revolutionary syndicalist model are foreclosed as they stand. But if the subordination of the social to the political has restored the necessary independence of trade unions and associations, it has not legitimized the separation of spaces that dominates today. We now know that it will take new forms of joint work to relaunch the necessary synergy. This is the price of renewal of public space and democracy.

Of course, this remains the thorny problem of the purely political and partisan field. There has been a long dispute over the irreducible opposition of the party and the movement. There have been attempts toward movement building over recent decades. They were hardly conclusive, leading to the more or less rapid bursting of the movement, or to its gradual slide towards the old-fashioned party, depending on the case. But, conversely, no reform or mutation of the parties has managed to prevent the devitalization of the party form and its growing discredit in the population. Perhaps we have sinned continuously for lack of dialectical spirit, forgetting what can be stated in a double affirmation: political organization is necessary, but the party form given to it at the turn of the 19th and 20th centuries was penalized by its imposition of the the top-down mechanisms of the state on the partisan field. We need a specific organization and the party-form is foreclosed. “And”, not “or”: which word we choose makes all the difference.

Within just one generation, economic growth transformed urban China into a middle-class society, and lifted hundreds of millions of people out of poverty in rural China. Throughout the course of this transformation, the state leadership has consistently emphasized that the country is on a path of socialist development.

Partido Lakas ng Masa (PLM) in the Philippines, Parti Sosialis Malaysia (PSM) and Australia’s Socialist Alliance have supported the call by 34 political parties in the Autonomous Administration of North and East Syria, also known as Rojava, for the United Nations to impose a no-fly zone over the region to stop the threatened invasion by the Turkish state.

Xiomara Castro’s first acts prioritized dismantling the dictatorship’s designs. The president has bolstered social spending and is rolling out targeted cash transfers to families in extreme poverty. New bodies like the Secretariat for Strategic Planning and its Popular Power dependency hope to formalize movements’ role in public policy. But implementation remains an open question.

Forces for Radical Change (FRC), a new political alliance led by the Sudanese Communist Party, was announced in Khartoum on Sunday. The FRC includes a number of labour movements and civil society groups including the Sudanese Professionals Association, the Union of Farmers in Al-Jazirah and Managuel, and the Sudanese Women’s Union.

In our involvement with ordinary citizens, we need to prioritise solving their problems and not only focus on the work of promoting PSM’s image in mass media. Those who are impressed after witnessing PSM’s grassroots struggle will browse the internet to learn more about PSM – our principles, activities, and analyses.

A bid to create a new political front, a socialist centre, comes a day after the Congress, the leader of the current ruling coalition, decided to fight the upcoming provincial and federal elections under an alliance with existing partnering parties—Maoist Centre, Unified Socialist, Janata Samajbadi and Rastriya Janamorcha.