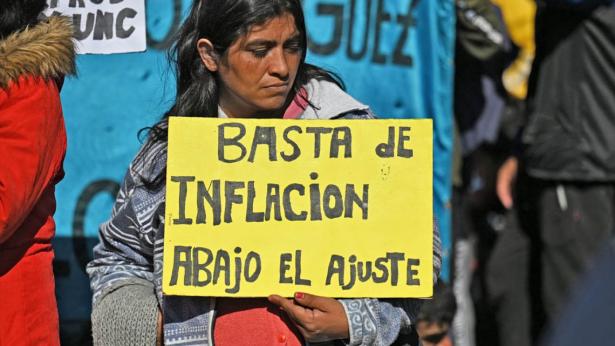 A demonstrator in Buenos Aires calls out the government for inflation and austerity. Credit,AFP/JUAN MABROMATA

Because the changes needed to achieve sustainable well-being for everyone are so big, they require determined social movements with wide participation. But while history shows that inertia and defeatism can become self-fulfilling, it also shows that governments ultimately have to respond to popular pressure – or be replaced by it.

Sri Lanka is not alone. Rising inflation has pushed a lot of other nations to the brink of an economic collapse. Pakistan and Nepal find themselves with low forex; the soaring cost of living has led to protests in Argentina, Ghana, Kenya.

We must implement methods of popular democracy and broad popular participation in each country to ensure that national states work in favor of the people, not capital. We urgently need to develop new international instruments of governance, not just for governments, but also including representatives of political and popular organizations in every region.

Three years on from mass protests and unrest which rocked the city for months, Hong Kong’s government insists it has restored stability and predicts a bright future for its people. But the after-effects of the pro-democracy unrest, including a Beijing-imposed national security law and sweeping electoral changes, have permanently reshaped the city.

From its late break with the Ottoman Empire to the Cold War rule of Enver Hoxha, Albania has followed an unusual path through modern history. But the country’s experience of communism and postcommunism is full of valuable lessons for the politics of today.

Although militarism enables and prolongs war, since the invasion of Ukraine, Western governments have ratcheted up defence spending, strengthened military alliances, and intensified divisive rhetoric. How did we get here and where will this unbridled militarism lead us?

Rachel Keke led and won a 22-month battle for better pay and conditions at the hotel in Paris where she worked. The campaign secured her the respect of Jean-Luc Mélenchon’s radical supporters. In her constituency on the outskirts of Paris, she defeated President Emmanuel Macron’s former sports minister Roxana Maracineanu by 177 votes.