Reports and analyses from movements, parties and trends on the international left 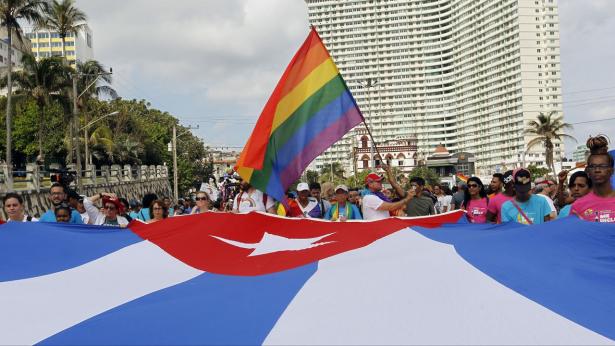 Millions of Cubans turned out to vote on a major overhaul of the island country’s over four-decade-old family code. The package included the historic step of legalising same-sex marriage, allowing LGBTQ+ couples to adopt children and other progressive measures. Preliminary results indicated that the new code will be approved after millions voted in favor of the referendum.

Rojava — or, as the region is officially called, the Autonomous Administration of North and East Syria (AANES) — is a multi-ethnic society that has had its own autonomous government since the Rojava Revolution in July 2012. The aim of AANES is not to found a nation-state, but rather to achieve autonomy within a federal, democratic Syria.

Lula leads Bolsonaro by a margin of 15 percent. While many observers consider the election already decided, others are expecting surprises. The question remains whether Bolsonaro will accept defeat at the ballot box.

Clashes between protestors and security forces in Iran turned violent over the weekend leaving dozens dead and hundreds of demonstrators under arrest following the death of 22-year-old Mahsa Amini in police custody. The country’s president warns against protests while the military intensifies its crackdown.

María Belén Bernal was found murdered five kilometers from the Police Training School. The nationwide feminist movement and social organizations, which had been demonstrating since September 12 demanding Bernal’s safe return, denounced the police, demanding Interior Minister Carrillo’s resignation over irregularities in the investigation of the case.

The Labour and Freedom Alliance, formed by the Peoples’ Democratic Party, the Labour Party, the Workers’ Party of Turkey, the Social Freedom Party, the Federation of Socialist Assemblies and the Labourist Movement Party, announced its foundation last week.

African social movements will gather on August 29-31st in Arusha, Tanzania, to address pressing issues facing the continent such as climate change.

The socialist-feminist US social critic and novelist died on September 25. Global Left Midweek posts this still timely essay from July 2020 in her honor.