The Self-Destruction of Ye

Ye knows that fueling Black conspicuous consumption and even addiction is profit. Instead of wanting to flip that table, Ye wanted to sit at the head of it. Instead of being revolted by the economic arm of white supremacy, he aspired to it. 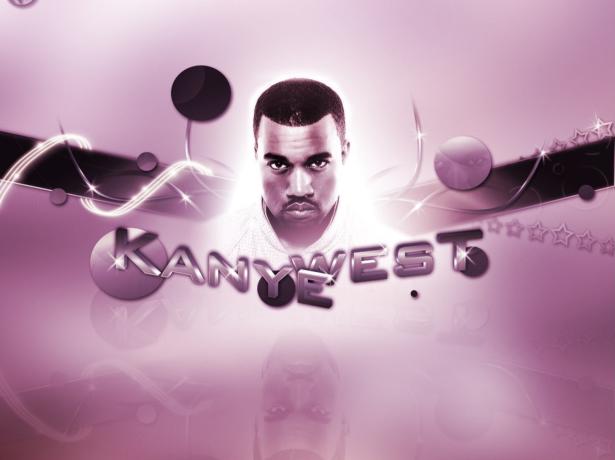 Honestly, I never expected this episode of Kanye West drama to last as long as it has. I certainly didn’t expect myself to care much about it. I figured I’d weigh in once and move on.

That, I thought, would be it. But it hasn’t been. His embrace of anti-Black, antisemitic and white supremacist language wasn’t the only thing that interested me. I have also been watching the reactions to his fall, which, in all their strange contradictions, have exposed ugly truths about power in this country — who can and will demand accountability, how corporations exploit culture and character until they imperil profits, how some people absorb and accept insult and give too long a leash to those with the most money and most fame.

But Ye wasn’t vanquished. He offered a weak-tea apology, and the odiousness of the offense faded. People packed his concerts and bought his clothing. Corporations flocked to be associated with him.

He should have become a pariah when he gushed over Donald Trump in the Oval Office and said of his MAGA hat: “There was something about when I put this hat on, it made me feel like Superman.”

But nothing. The deals continued. The legend grew.

So long as he was a Black man positioning himself in opposition to Black people’s interests, he was a phenom. He was counterculture. He was a disrupter. He was above and beyond conventional thinking and conventional labels.

But of course, he wasn’t beyond labels. Black people have known for centuries what to call people like Ye, who claim to be the epitome of Blackness but enrich themselves by defaming it and commodifying its culture. There are many names for what he is, but one of the printable ones is “sellout.”

It’s even more complicated than that, though — complicated by what centuries of being exposed to the poison of white supremacy has done to Black culture. The Black people Ye most offended didn’t have the power to cancel him; the Black people with the most power stayed silent; the white corporate structure determined that there was still money to be made; and too many in the broader Black population remained in awe of his wealth and his anointing by white corporations and white culture as artistic and exceptional.

He had big deals with big brands and he was making big money. He was beating the system, so many would say. He was a genius because he could bend the machine that works against so many Black people to work for him. That was power. That was pull.

No, Ye was being used. And he was using you. Ye has been nothing if not transparent about his concept of economics. As he rapped in his 2004 song “All Falls Down”:

And the white man get paid off of all of that.”

He knew — and knows — that the goal of fueling Black conspicuous consumption and even addiction is profit; there is power in it, power that white corporations can use to enrich themselves. Instead of wanting to flip that table, Ye wanted to sit at the head of it. Instead of being revolted by the economic arm of white supremacy, he aspired to it.

Now, Ye has been on a spree of antisemitism, and it simply crossed the line. Last week, he issued a word salad apology about God, samurais, Africa and “The Da Vinci Code.” It was much like his response to his slavery comments, but forgiveness and forgetfulness will not come as quickly this time, if at all.

Corporations have finally, rightfully, said, “Enough.” It begs the question: What took you so long? Was disrespecting Black people not enough? But I have to ask the same question to many Black people: Was his disrespect of your ancestors — and of you — not enough? It shouldn’t have even gotten to his wearing a “White Lives Matter” shirt and defending it. It is possible that the corporations figured they could afford to stay silent because too many of us did.

And, when his hurtful words began to hurt his pockets, out came more apologies. This time Ye apologized for saying — against testimony and evidence — that George Floyd died of a fentanyl overdose instead of asphyxiation. As Ye said, his statements “hurt the Black people” so he wanted “to apologize for hurting them because right now God has shown me by what Adidas is doing, and by what the media is doing, I know how it feels to have a knee on my neck now.”

Even the apology is problematic and narcissistic. A rich man becoming less rich because of his own ignorance is not even in the same category as Floyd’s street lynching.

I’m not saying that people should not be allowed to apologize for saying things they regret. I certainly have. But it is about the degree of offense, the quality of apology and the repeating of pattern. The fact that Ye keeps coming back to the same kind of offense means that these are not slips of the tongue, but a revealing of character.

But when that Black man lusts to be part of the architecture that is keeping you down, you have a duty of self-preservation to turn away from the harm. Jewish people — and the world — are right for condemning Ye for his antisemitism. That same energy should have existed for his anti-Blackness.

This is not about mental illness. Mental illness is very real and needs to be part of the conversation. But it doesn’t make you espouse anti-Black ideologies and antisemitism.

This is not some master strategy on Ye’s part. He’s not playing chess while everyone else is playing checkers. He’s just playing himself.

And stop the whataboutism. Whether someone else has also been offensive in the same way is irrelevant to Ye’s guilt. He is wrong. Period.

To the Ye apologists, and there are some: Please stop babying this former billionaire.

Charles M. Blow joined The Times in 1994 and became an Opinion columnist in 2008. He is also a television commentator and writes often about politics, social justice and vulnerable communities. @CharlesMBlow • Facebook
Subscribe to Portside