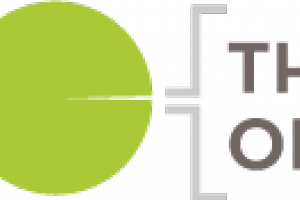 Just one hundredth of one percent of people in the United States contributed nearly one third of all the money spent in the 2014 elections, a greater proportion than ever before, according to a new study. In the first full midterm since the Supreme Court’s Citizens United decision, the influence of the One Percent of the One Percent continued to grow. Candidates, parties and super PACs depend on the super elite.

Court-Sanctioned Corruption and Plutocracy in America 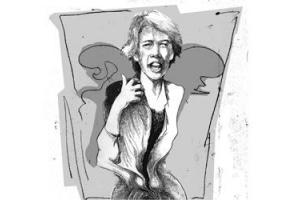 Successive High Court decisions have done more than enfranchise corporations at the expense of the rest of us. The same logic in the same cases now defines public corruption down: that a direct and palpable quid pro quo must be seen to operate. Absent that smoking gun, the financial elite has no limits on bankrolling campaigns whose candidates then vote their interests. To the nation's founders, that untrammeled influence was the essence of public corruption.
January 27, 2015 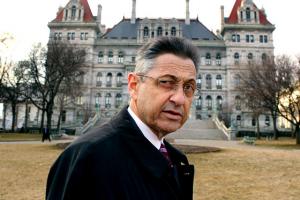 Albany is reeling, but fighting the kind of corruption that plagues not only New York State but the whole nation isn’t just about getting cuffs on the right guy. Under current law, campaign contributions are illegal if there is an explicit quid pro quo, and legal if there isn’t. But legal campaign contributions can be as bad as bribes in creating obligations. The corruption that hides in plain sight is the real threat to our democracy.

The Koch brothers: the next generation of Robber Barons, democratially flooding the air waves and print media with ads to drown out other voices 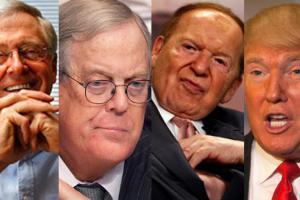 Think of this as the year that democracy of, by, and for the billionaires shall not perish from the Earth. In other words, these days, if you have billions of dollars, you can shout from the skies and the rest of us have to listen. They are: Sheldon Adelson, Charles and David Koch, Sam Walton, Rupert Murdoch, Linda McMahon, or hedge fund honchos like John Paulson and Steven Cohen.
July 7, 2014

The Senate Will Soon Vote on an Amendment to Overturn Citizens United. History Is Calling! 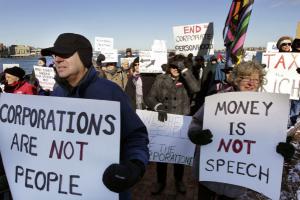 People are not just riled up, they're on the move. Backed by Public Citizen, Common Cause, People for the American Way, Free Speech for People, Move to Amend, the Communications Workers of America, and other national groups, local and state coalitions have been tilling the grassroots across the country and are producing a bounty of support for an amendment. If you're not already doing it, do all you can-join in, stand up, speak out, stand strong. History is calling us.
April 5, 2014 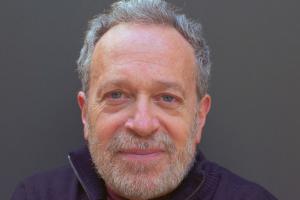 The vast middle class and poor don't have enough purchasing power, as 95 percent of the economy's gains go to the top 1 percent. Some wealthy people and big corporations have a strangle-hold on our politics. "McCutcheon" makes that strangle-hold even tighter. Connect the dots and you see how the big-money takeover of our democracy has lead to an economy that's barely functioning for most Americans.
March 11, 2014

The ‘Next Citizens United’ May Fuel a Popular Uprising 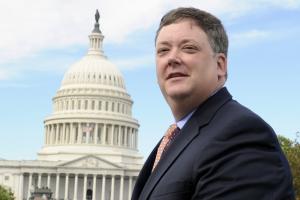 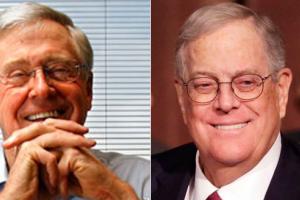 The right-wing billionaire Koch Bros. raised and spent $250 million in 2012 to shape political and policy debate nationwide. Freedom Partners, the front for the mysterious Koch brothers, cut checks as large as $63 million to groups promoting conservative causes, according to an IRS document to be filed shortly.
Subscribe to Citizens United