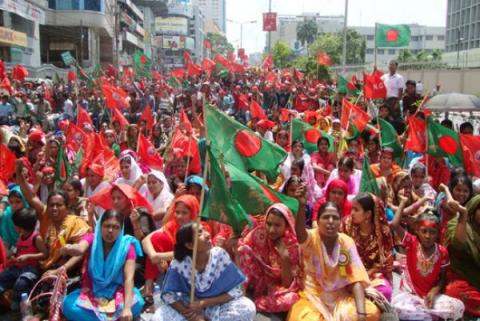 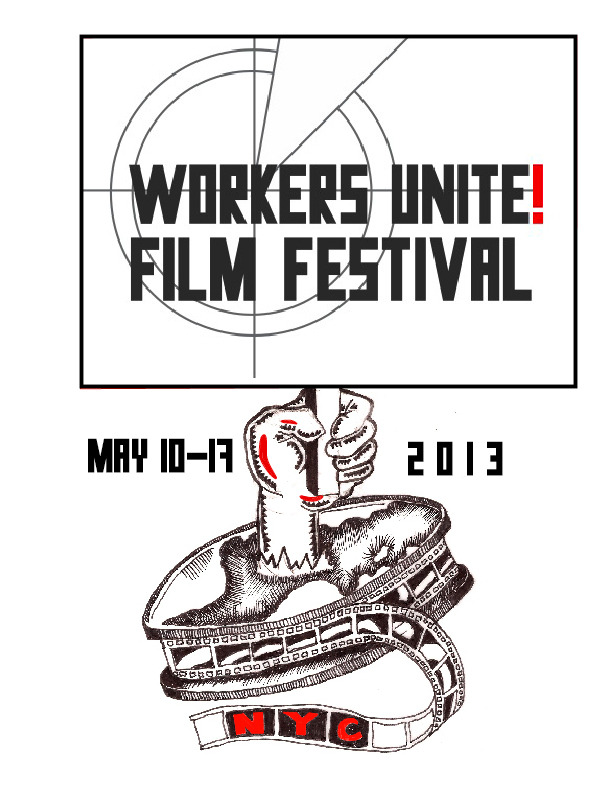 This year's Workers Unite Film Festival will take place at Cinema Village, 12th Street and University Place and The Brecht Forum (at Bank Street and West Street), for a full week of films, music, spoken word and frank discussions about the state of workers lives and labor organizing in the U.S. and around the world.
We are screening The Machinists, a timely film about the brave workers who are fighting for their labor rights in Bangladesh - the same women who recently escaped the tragic, deadly fires that killed over 150 workers before the recent massive death toll over 320 in the garment factory collapse.
Please visit our website for more information, to see the full schedule and to read about the films and directors
Re: New York Tenants Rise Up to Tackle Housing Crisis
Housing Forum - Harlem YMCA - May 30
SAVE THE DATE
Frederick E. Samuel Community Democratic Club
Political & Social Action Committee
Housing Forum
Harlem Y.M.C.A.
180 West 145th Street
New York, NY 10030
Thursday, May 30, 2013 -- 7:30pm
Let Your Voice Be Heard!
Take the B, C, 2 or 3 trains to 135th Street
Yours-in-Service,
Dawn L. Jones, Chair, Political & Social Action Committee
Commemorate the 60th Anniversary of the Rosenbergs' Executions - New York - June 16
The Rosenberg Fund for Children

On Sunday, June 16, 2013, the RFC will commemorate the 60th anniversary of Ethel and Julius Rosenbergs' executions with a benefit event at The Town Hall in New York City, entitled, Carry it Forward: Celebrate the Children of Resistance.
This stage event intersperses dramatic readings and dramatized vignettes with music and poetry. The script, written by Ellen Meeropol (author of House Arrest),  intersperses dramatic readings and dramatized vignettes with music and poetry, honors the legacy of -resistance passed on from the Rosenbergs and others, and celebrates the courage of families who continue to resist today. It embraces the history of progressive activism both through a look back at past generations, and in the context of today's struggles.  It honors the community of people who are working for social justice, and shows activists, and their children, that they are not alone.
Activist legend Angela Davis will be the program's narrator, Eve Ensler (The Vagina Monologues and Emotional Creature) will portray Ethel Rosenberg, and Cotter Smith will portray Julius Rosenberg.
We will have music from Rebel Diaz  - a progressive, Latino hip hop group -  and the husband and wife folk duo, Mike + Ruthy ; and poetry from Martín Espada. Shola Lynch (director of Free Angela & All Political Prisoners)  will portray the daughter of political prisoner Russell Maroon Shoatz.
Klemente Gilbert-Espada, Christina González, Emma Lang, Silvia Rodriguez Vega, RFC Board Chair Rafael Rodríguez Cruz, and Samuel Sánchez will represent RFC beneficiaries including the family of Tito Kayak, or share their own stories as activists.  We'll announce additional cast members soon.
Anniversary Circle ($300, front and center orchestra) and $100, $50, $30 tickets, are on sale now through the RFC office, via surface mail only.  Download a ticket order form here.
For handicap or limited-mobility seats, for discounted event rate at nearby hotel, or for all other questions, contact us: info@rfc.org or (413) 529-0063.
For more updates check back here, join the RFC's mailing list, or follow us on Facebook  or Twitter @wwwrfcorg http://twitter.com/wwwrfcorg and #cifevent, and plan to join us in NYC on June 16, 2013!
And check out the videos below for songs you might hear live at the event!
"STOP! STOP AND FRISK!"- RDACBX (feat. Rebel Diaz, Vithym, Luss)
Mike + Ruthy - My New York City
Today in History - The Birmingham Children's Crusade

Police are leading a group of black school children into jail, following their arrest for protesting against racial discrimination near the city hall of Birmingham, Ala., on May 4, 1963.
Zinn Education Project / Bill Hudson/AP Photo
50th Anniversary: On May 2, 1963, thousands of African American school children in launched the Birmingham campaign (Children's Crusade), filling the jails to challenge segregation. Teaching Tolerance offers an excellent free documentary film for classrooms called "Mighty Times: The Children's March"
Film. By Hudson and Houston. 2005. 40 minutes. This Academy Award-winning documentary film tells the heroic story of the young people in Birmingham, Alabama, who brought segregation to its knees.
Mighty Times: The Children's March tells the story of how the young people of Birmingham braved arrest, fire hoses, and police dogs in 1963 and brought segregation to its knees. In the spring of 1963, Birmingham, Alabama, was the "do-or-die" battleground for the Civil Rights Movement. Heavy intimidation by Birmingham authorities left the Movement floundering. Using word-of-mouth under a veil of secrecy, more than 4,000 African American schoolchildren organized to desert classrooms at exactly 11 a.m. on "D-Day," May 2, 1963, touching off a week of mass demonstrations and rioting that shocked the nation. Police tried to stop them. Yet, the children prevailed.
Mighty Times: The Children's March offers a rare glimpse into the 1963 Birmingham children's march from the ground up. More than 100 eyewitnesses contributed to the storytelling, with appearances by notable participants and organizers James Orange, Gwendolyn Webb, James Bevel, Harry Belafonte, Dick Gregory, and Andrew Young. Richard Cohen, President and CEO of the Southern Poverty Law Center said "It is our hope that The Children's March will inspire youth to take stands on vital human issues affecting their communities and their lives, most especially racism and the devastating impact of discrimination upon our society." [Producer's description.]
"The Children's March" kit includes a 40-minute teachers' edition of the Academy Award-winning documentary film with closed-captioning; and a teacher's guide with lessons for social studies, language arts, and music classrooms.
Teachers can order this kit for free.
Produced by Teaching Tolerance in association with HBO.