Faced with the very real threat of extinction, unions have largely put collective bargaining on the back burner, and instead must try to remind American workers of the basic concept of worker solidarity. “We start from the point of view that, because so few people are in unions these days, very few people have personal experience with collective power,” explains Karen Nussbaum, the executive director of Working America. 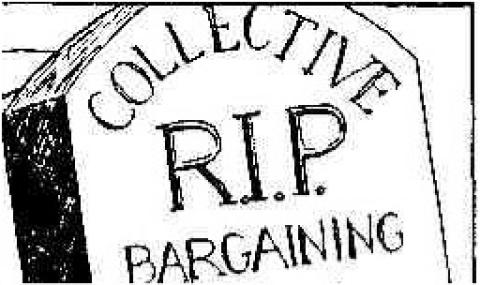