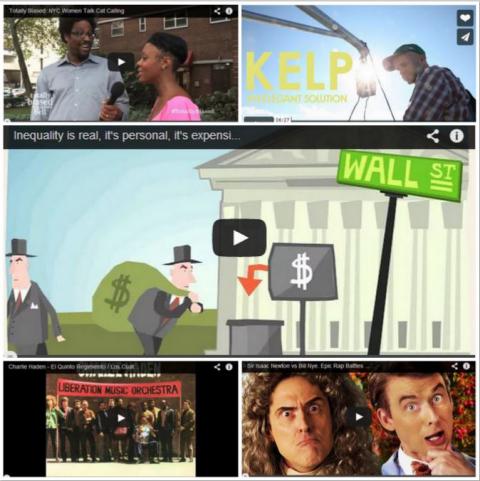 To view a Friday Nite Video, click an image below,
Inequality is real, it's personal, it's expensive and it was created 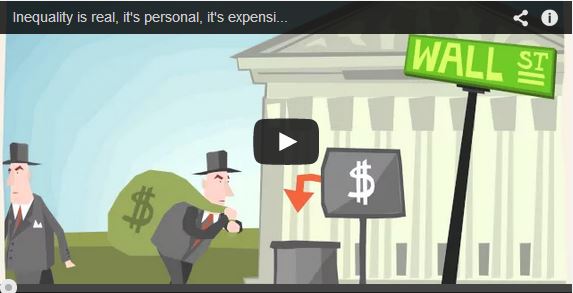 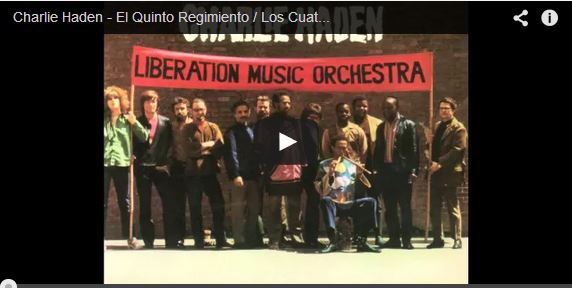 Charlie Haden, the great American bassist, died today at 76. This track, inspired by the anti-fascist music of the Spanish Republic, is from his 1969 album Liberation Music Orchestra.
Move Over, Kale, The New Super Vegetable Comes From The Sea. 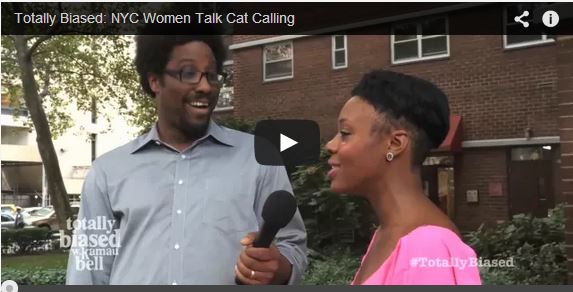 The women of NYC are sick of being harassed on the street so Kamau tries something different—treating them with respect. Afterwards, Kamau provides tips for men who want to make a change.
Epic Rap Battle: Isaac Newton vs Bill Nye 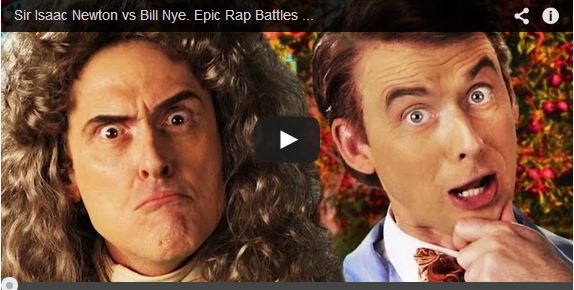 You knew it had to happen, and here it is: Sir Isaac Newton (gravity, calculus, optics) vs Bill Nye (Science Guy, creationist debate), with a special guest appearance by Neil deGrasse Tyson (astrophysics)