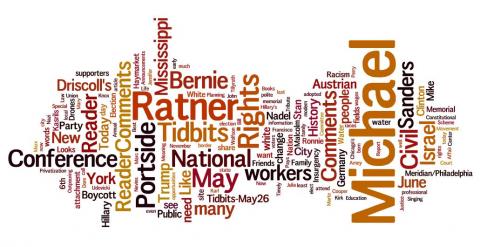 Tidbits - Reader Comments and Announcements - May 26, 2016, Portside
Announcements:
Re: To Win in November, Hillary Clinton Will Need Bernie Sanders's Voters
To make revolutionary change possible, Bernie will need Hillary's voters
Francisco Gonzalez
Posted on Portside's Facebook page
====
Be polite to your competitors as you may need them in the future
Ethel Kirk
Posted on Portside's Facebook page
====
This is serious -- both Hillary's and Bernie's campaigns need to recognize that.
Alfred Rose
Posted on Portside's Facebook page
====
Why can't Bernie or his supporters be more polite? Why do they continue to burn (not Berne) down the party jeopardizing the election? Bernie is 3 million votes and 300 pledged delegates behind Hillary. As he runs short of money and possibility of winning he gets more negative and divisive. I was never for Bernie, but I at least respected him. Not so much now.
Kathy Ritch
Posted on Portside's Facebook page
Re: Why Bernie Sanders Is Our Best Chance to Beat Donald Trump
I appreciate Krystal Ball's points, but she ignores the near certainty that a Sanders' nomination would be sabotaged or ignored or undermined by many of the forces of the state and local Democratic Party, like was the case in the nomination of McGovern. Without the organization behind him, he would lose, Trump would win, and there go 2 or 3 Supreme Court picks as well as real uncertainty for the tight U.S. Senate races and who knows how many Congressional races. It is part of the equation that Sanders doesn't talk much about, but clearly he knows. After all, he has told us that he has had to fight the state and local Democratic Party structures in the primaries.
Michael Arney
====
Yes to Chomsky.  "Hold my nose and..."  sums it up.
Carola Marte
Re: Millennials Lean Left, Like Sanders
Good news, however .... the majority of VOTERS are Baby boomers,  who had the evils of socialism even in it's mildest form drilled into them...
Tracy Turner
Re: The Fading Meaning of `GMO'
An excellent article, Dr. Hablim!
Nina Udovicki
Re: This Is What Insurgency Looks Like
Good, we need an insurgency. Climate change is inherently racist and classist, because the people (in the 0.01%) who direct the continuation of use of fossil fuels (and the refusal to quickly shift to renewables) are very rich and imagine (probably correctly, at least initially) that they and their families will be able to "buy protection" from the horrors that unchecked climate change will bring.
The same 0.01% is also responsible for dumbing-down the reporting on the science of climate change, which is scarier than people think.
Peter Belmont
Re: Israel Today, Germany Then
Averny writes " Some accuse him of comparing Israel to Nazi Germany in that speech. Nothing of the sort. He compared developments in Israel to the events that led to the disintegration of the Weimar Republic. And that is a valid comparison."
But many "pro-Palestinain" anti-Israel activists are using Golan's words to mean exactly what Averny denies they mean. Thanks to Portside for getting this correction out.
Stan Nadel
====
"How could it happen that Germany, perhaps the most cultured nation on earth at the time, the homeland of Goethe, Beethoven and Kant, could democratically elect a raving psychopath like Adolf Hitler as its leader?"
Bill Nevins
Posted on Portside's Facebook page
====
"The rain of racist bills in the Knesset, those already adopted and those in the works, strongly resembles the laws adopted by the Reichstag in the early days of the Nazi regime. Some rabbis call for a boycott of Arab shops. Like then. The call "Death to the Arabs" ("Judah verrecke"?) is regularly heard at soccer matches. A member of parliament has called for the separation between Jewish and Arab newborns in hospital. A Chief Rabbi has declared that Goyim (non-Jews) were created by God to serve the Jews. Our Ministers of Education and Culture are busy subduing the schools, theater and arts to the extreme rightist line, something known in German as Gleichschaltung. The Supreme Court, the pride of Israel, is being relentlessly attacked by the Minister of Justice. The Gaza Strip is a huge ghetto."
John Jernegan
Posted on Portside's Facebook page
====
this is chilling -- not only Israel, but us, the US today
Tillyruth Teixeira
Posted on Portside's Facebook page
Re: It Pays to Be White
All the facts are correctly presented, and well-done.  What is missing is the analysis of how this has come about, whose interest it truly serves, and most importantly, how "white privilege" has been accompanied by a lower over-all quality of life for white workers in the U.S., historically, compared to other advanced capitalist countries, including job security, healthcare, education, etc.  We really do need to remind ourselves of "divide and conquer" and "workers unite and fight"! If we don't believe these things, then there is no reason to hope we can overcome.
Mike Wolfson
====
For an article that maintains that "white privileges" are not in the interest of European-American workers -- people may want to read --"The Developing Conjuncture and Some Insights From Hubert Harrison and Theodore W. Allen on the Centrality of the Fight Against White Supremacy" available in PDF format [click here.]
Jeffrey B. Perry
Posted on Portside's Facebook page
Why You Should Boycott Driscoll's ... Because 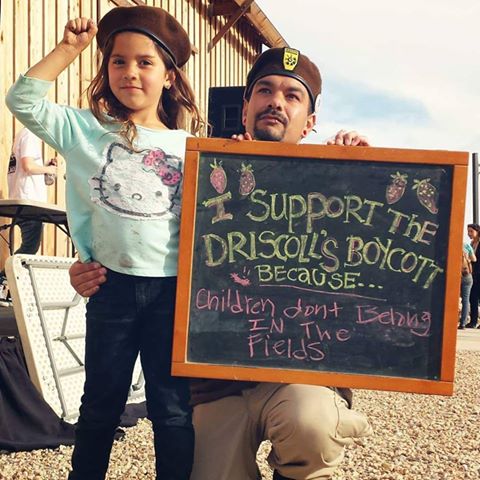 Exposing Driscoll's for what they are. A union busting, slave wage corporation which exploits our people in the fields. Racism, sexism, workers abuse, slave wages, no wages, modern day child slavery, pesticide and hazardous chemicals being exposed to the people who pick your food. Sexual assaults and rape in the fields to the women. Inadequate housing, inadequate bathroom breaks and bathrooms. No water for field workers and modern day slavery. No health services when it comes to medical, dental and vision. Farm workers voices are being oppressed with violence. Boycott Driscoll's! Vote with your money. We don't want your blood berries! Driscoll's exploitation border to border
#WatsonvilleBrownBerets
Re: Special to Portside: Austrian Election Report
It is even worse than I first reported, the 2 major professional analyses of the election now put blue collar support for Hofer at 72% (ATV) and 86% (SORA).  The members of the Austrian working class are right to be concerned about the effects of globalization on their prospects as the social democrats have proven themselves unable or unwilling to defend their interests and the labor unions have become totally sclerotic.  But, except in the city of Graz (where the Communist Party continues to elect representatives to the city council), they have mostly been deaf to the message of leftist groups and attempts to form an effective Austrian der Linke on the German model have gotten nowhere.
BTW, I live in Salzburg, not Vienna.
Stan Nadel
Re: Slowly Abolishing Solitary Confinement for Children
Our children and their mental health are not a priority in this country. We allow them to be hungry, isolated, locked up, and then say , "pull yourself up by your bootstraps" . The way we treat our children reflect on who we are as a nation.
Julia Fisher
Posted on Portside's Facebook page
Re: Drones
(posting on Portside Culture)
Thrilled my poem, "Drones", is up today at @PortsideOrg. I'm in great company, too-lots of great content here.
Jennifer L. Knox
Twitter tweet
Re: The Life and Times of Karl Marx, in the words of Ronnie Kasrils
According to Ronnie Kasrils "humanity has a profound weapon . . . and that is Marxism - a compass for the labouring masses, vital for the strategic and tactical route to socialism . . . as relevant and necessary as ever." That's a well-rusted compass, one whose needle appears to be stuck in the 19th century. Time to move on.
Marc Beallor
Posted on Portside's Facebook page
Re: Tidbits - May 19, 2016 - Today in History - Malcolm X was born
In a just world, we would have a 'Malcolm X'  day,
Mike Liston
Re: Fervently Singing Timely History of Chicago's `Haymarket' Affair
We saw it last night in Chicago, it was fantastic! Highly recommend.
Mary Dore
Posted on Portside's Facebook page
Re: Grassroots Movement Blocks Mexican Water Privatization Scheme
Mexico's ruling Institutional Revolutionary Party (PRI), and its allies, suffered a major setback March 10th, when a law to privatize Mexico's water resources was shelved. President Enrique Peña Nieto had attempted to "fast track" approval of the General Water Law, but the rapid mobilization of grassroots opposition forced the indefinite postponement of a vote on the legislation that would place water distribution under private sector control.
Taury Rosales
Posted on Portside's Facebook page
An Outpouring of Love for Michael Ratner - June 13 New York City 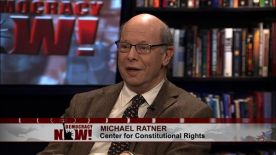 Michael Ratner was the face and the heart of CCR http://www.ccrjustice.org/ for many years, and we at CCR have spent the last week and a half sharing stories about him. The tributes in the press have been moving and inspiring, as Michael was to so many. Read his niece, Lizzy Ratner, in The Nation on the profound impact Michael had on her. Or former staff attorney and board member David Cole in the New York Review of Books on all the lawyers Michael helped to train who went on to do social justice work in so many fields. Or Yale Law Professor Harold Koh on the blog Just Security on his long relationship with Michael and the ground-breaking work they did freeing HIV-positive Haitian refugees from Guantanamo in the early nineties. And definitely watch the entire episode of Democracy Now! devoted to Michael, a frequent guest, expert, and friend.
With so many of you reaching out with condolences and memories, we want to share the site where they are all being collected. You can send remembrances of Michael and any stories or photos to pkcfhe5jd06ib@tumblr.com. They will automatically be uploaded to the site for his family, friends, and supporters to see.
**Michael's memorial will be on June 13 at the Great Hall at Cooper Union in New York: you can sign up to attend and get details here. Seating is limited, but admission is free.**
Center for Constitutional Rights
==========
¡Michael Ratner, Presente! Public Memorial for Michael Ratner
By: Friends and Family of Michael Ratner - New York City - June 13
By: Friends and Family of Michael Ratner
Mon, June 13 at 7:00 PM, New York, NY
Please join us for an evening honoring the remarkable life and legacy of Michael Ratner (1943-2016). (sign up here)
Doors open at 6:30 PM.
The Great Hall is located in The Foundation Building, 7 East 7th Street, between Third and Fourth Avenues.
Contact Karen Ranucci with any questions.
Monday, June 13, 2016 from 7:00 PM to 9:00 PM (EDT)
The Great Hall at Cooper Union - 7 East 7th Street, New York, NY 10003
Co-sponsored by Cooper Union, Center for Constitutional Rights, Democracy Now!, National Lawyers Guild, The Nation Institute, Nation Magazine, Haymarket Books, and Voices of a People's History of the United States.
6th National Civil Rights Conference - June 19 - 22 - Meridian/Philadelphia, Mississippi 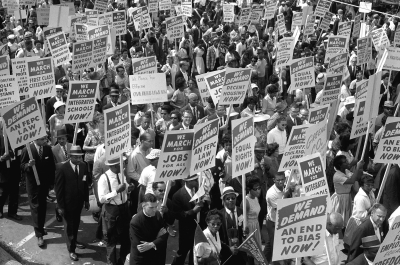