Reader Comments: Paul Krugman Was Wrong About the 1990s; Clinton Might Not Be the Nominee; Why It's Nearly Impossible for Prisoners to Sue Prisons - kudos from defense lawyers and prisoners; Why did Portside run the New Yorker piece on Donald Trump; If Shostakovich Were Alive - Why did Portside run the hatchet piece; Nestle Control Over Town's Water; Trump, Racism, Anti-Semitism and Catholic Universities; New York Studio Workers Need Your Support; and more... 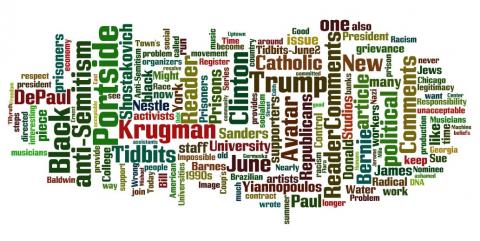 Tidbits - Reader Comments and Announcements - June 2, 2016, Portside
Announcement:
Re: A Colonial Takeover: Proposed Puerto Rican Debt Bill to Give "Dictatorial Powers" to Unelected Board
no steps forward, 2 steps back
Jim Price
Posted on Portside's Facebook page
Re: As Brexit Approaches, Europe's Left Is Divided - and for Good Reason
Thanks again - it's a beautiful, clear analysis!
Victor Grossman
Berlin, Germany
Re: Why Paul Krugman Is Wrong About the 1990s
This is an important article, but Foroohar doesn't go far enough. Certainly, Krugman has explicitly called for massive infrastructure investment as necessary to keep up industrial capacity but also as a way to create meaningful jobs.  So, I'm not sure that the headline is accurate. But I want to see what Foroohar advocates beyond what Krugman has already called for (besides keeping Bill Clinton out of a meddling role in the economy).
Bruce Kanze
====
Follow the link to her longer article about "financialization" as the central economic dynamic of the 1990s. It is important to take an historical view on the economic challenges we face today -- how they are grounded in structural shifts in the global political economy (what has been called the displacement of Keynesianism by "neo-liberalism") that are longer term and deeper than the mortgage crisis of 2007-2008.....
East Side Freedom Library
Posted on Portside's Facebook page
====
Good piece. I've stated for years the 90's economy was false because it created service jobs that pay little.
Kathy Hale
Posted on Portside's Facebook page
====
In a recent New York Times op-ed entitled "Obama's War on Inequality," economist Paul Krugman makes the statement that President Obama has done "a substantial amount to narrow income gaps," and may have been able to do more, if not for a resistant Congress.
The article, however, manages to avoid the reality that the income gap has gotten significantly worse under President Obama's administration, by several measures. It also avoids the fact that the administration has managed to not only ignore, but actively suppress nonviolent social movements like Occupy Wall Street, that demanded he respond to the growing issue of inequality in our country. On the latest Economic Update, Professor Richard Wolff provides striking evidence against Prof. Krugman's rosy view of inequality. Listen to the latest Economic Update: Listen, Prof. Krugman online and keep the conversation going. 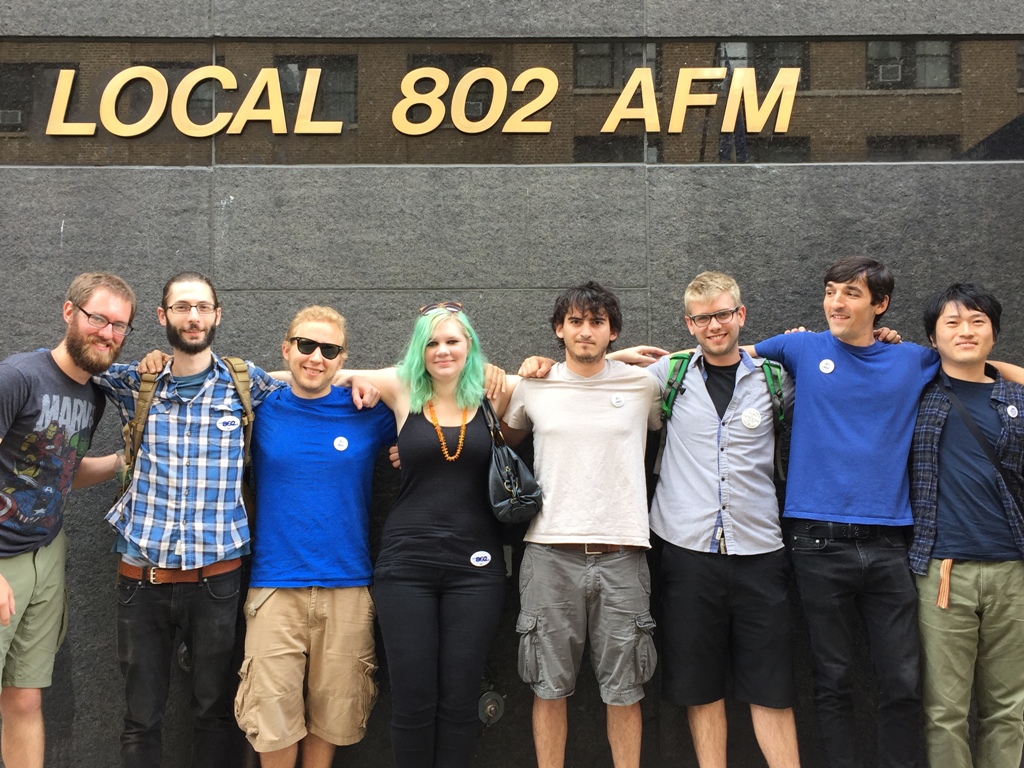 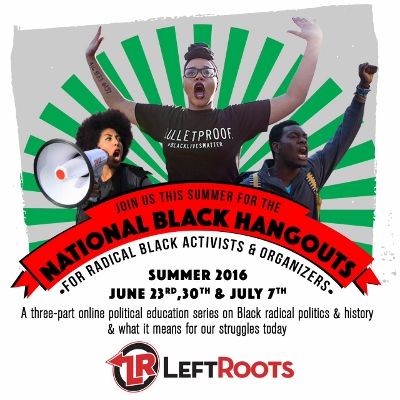 The Radical Black HangOut Series: June 23, 30 & July 7
A national political education program for radical & revolutionary Black organizers and activists engaged in the movement.
Register Here
LeftRoots is a new organization of social movement Leftists, led by Black, Asian, Latino & Arab organizers and activists, outside the c3 structure, committed to connecting our grassroots struggles to a serious strategy for liberation.
for more info about LeftRoots or to learn more about the Radical Black HangOut series. contact: www.leftroots.net  or  leftroots@leftroots.net