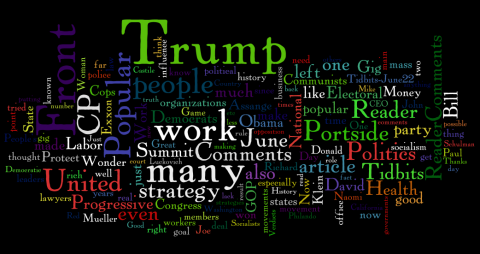 Tidbits - Reader Comments, and Resources - June 22, 2017,Portside
Resources:
Re: G.O.P. Senators Might Not Realize It, but Not One State Supports the A.H.C.A.
They really don't care. If it is anything like their House bill, this is just a tax break for the wealthy in disguise. The rich elite are the source of the campaign donations. We just don't hear that much about it since Citizens United. The GOP works for the rich elite, not us. Why else would they be drafting the Senate version of the bill in secret?
David Flanagan
Posted on Portside's Facebook page
====
Not one state supports the ACHA but plenty of bought politicians do.
Betsy Keith
Posted on Portside's Facebook page
====
An out of touch political system that has this on the table rather than one of the most popular bills in recent history - Expanded and improved Medicare for All - is not even considered by "leadership"
Physicians for a National Health Program - Western Washington
Posted on Portside's Facebook page
Re: “This Is Red Alert”: Inside the Left's Game Plan for Beating the GOP Health Bill
One payer is the only way to go. America is being ripped off big time by the insurance industry and big pharma.
John Turner
Posted on Portside's Facebook page
====
This program is a rerun of the same one that has already failed. This was tried in the House and did not work.
So why try it again?
Because it's the only strategy that the Democrats and pro-Democrats have: lobbying and trying to persuade a few Republican degenerates to cross the aisle.
This is a retreat from the massive demonstrations of a few months ago that showed the power of the opposition. Now we are back in the suffocating, lint-filled pockets of the Democrats, with a few corroded old pennies and a dirty handkerchief.
The Democrats value their relationship with the Republicans far above their relationship to any opposition. The 1% loves the 1%, not us
David Berger
Posted on Portside's Facebook page
Say Ahh...Cartoon by Mike Luckovich 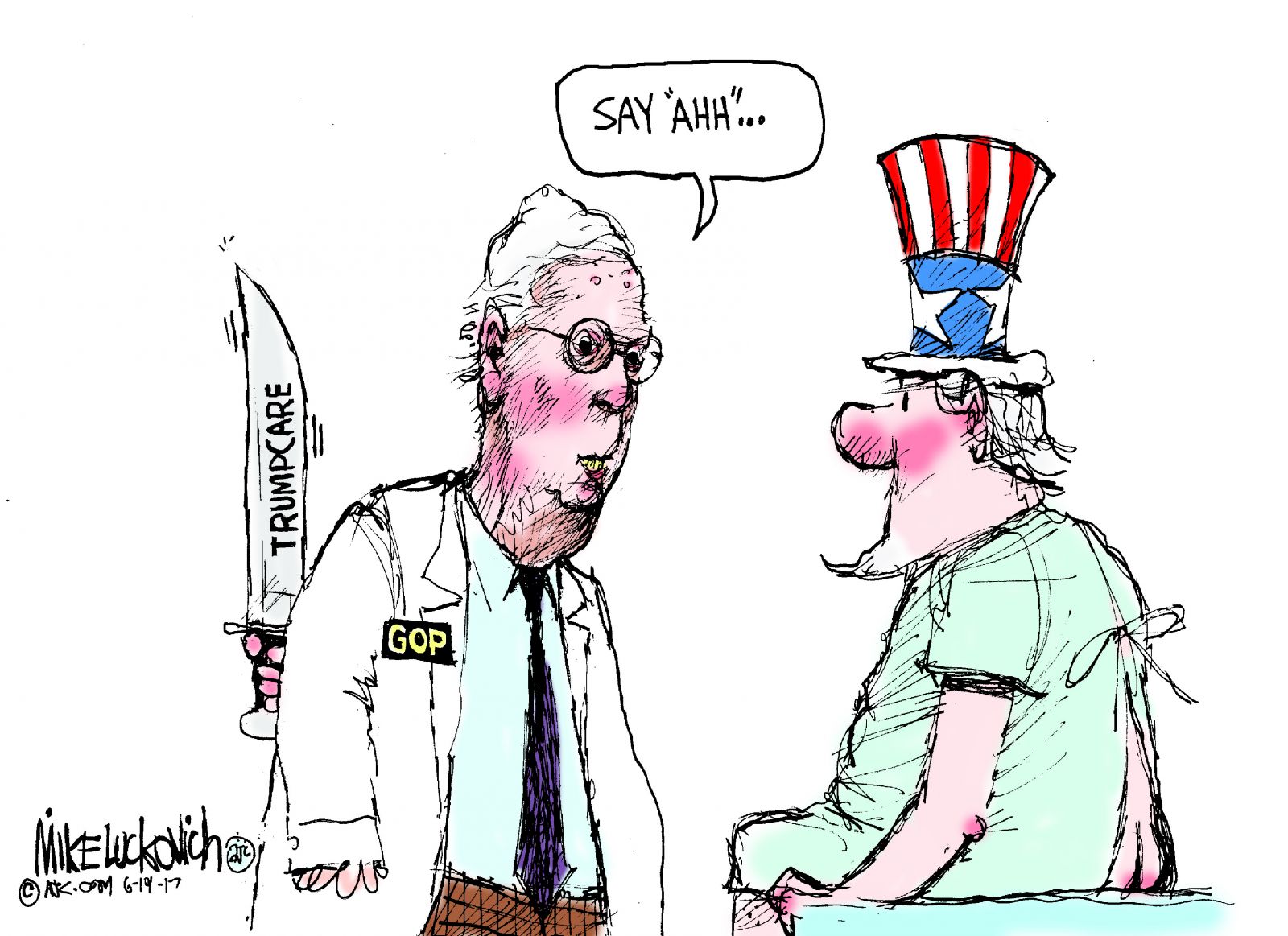 Over the past two years, Uber has taken center stage in public debates about the future of work, driven by our collective anxiety about technology and growing economic insecurity. The concern is that workers increasingly do not have employers anymore and are facing lower wages, no access to health and pension benefits, exclusion from safety-net programs, and chronic instability in their incomes and work lives. At the same time, the singular focus on Uber is impeding our ability to get an accurate understanding of what has (and has not) changed in the workplace – and the policy solutions that are needed. While the prevailing narrative is that there has been substantial growth in “gig” work, it’s been surprisingly difficult to confirm the trend, partly because of the lack of good data. Exacerbating the problem is very different definitions of gig work.
This paper (1) provides a clear framework to help define gig work and understand how it relates to other forms of work being discussed and (2) draws on current research to identify what we know (and don’t know) about the prevalence of gig work, the demographics of the workforce, and job quality outcomes, using data on California where possible.
View the report online (click here).
UC Berkeley Center for Labor Research and Education
Institute for Research on Labor and Employment
2521 Channing Way # 5555
Berkeley, CA 94720
Phone: (510) 642-0323
Fax: (510) 642-6432
Email: laborcenter@berkeley.edu
Subscribe to Portside