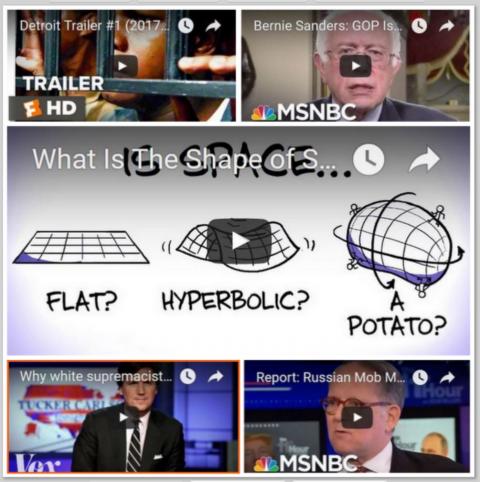 To view a video, click an image below,
Detroit | Movie 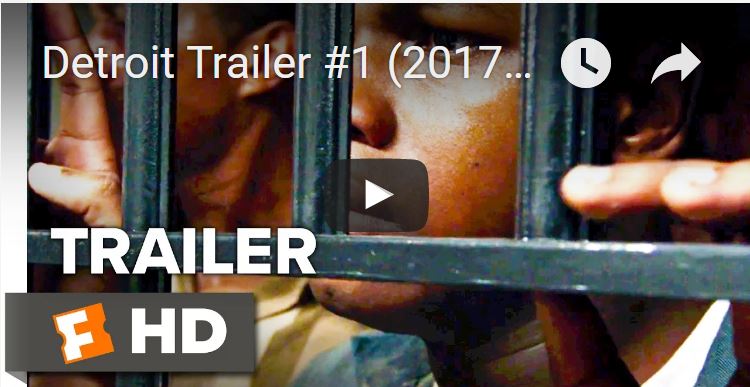 Based on the true story if the Algiers Motel incident, starring John Krasinski, John Boyega, and Anthony Mackie. In theaters Aug 4.
What Is The Shape of Space? 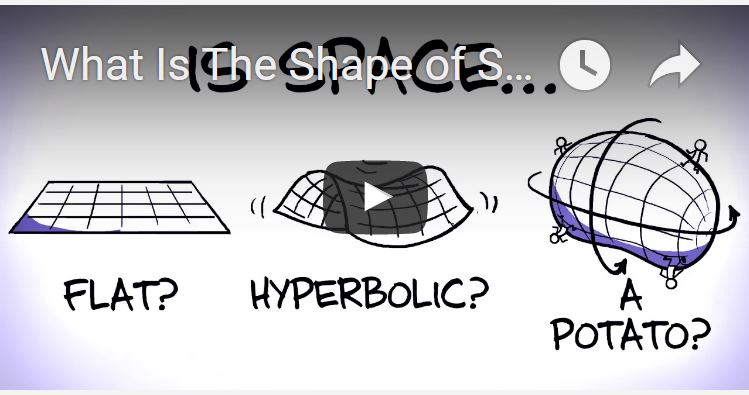 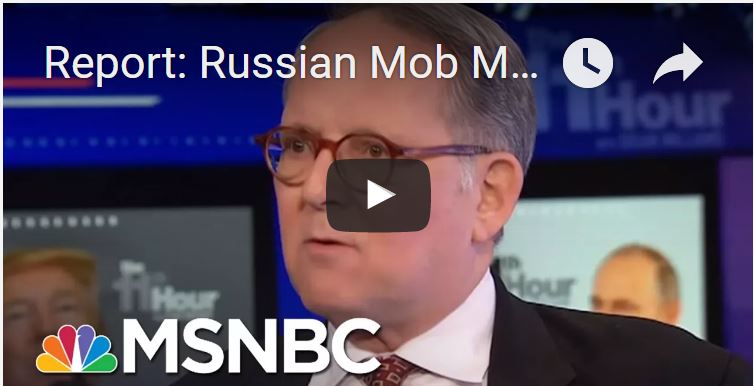 A stunning report alleges that, whether Donald Trump knew it or not, for decades he made a large portion of his personal fortune from Russian mobsters & oligarchs.
Bernie Sanders: GOP Is Now A Right-Wing Extremist Party 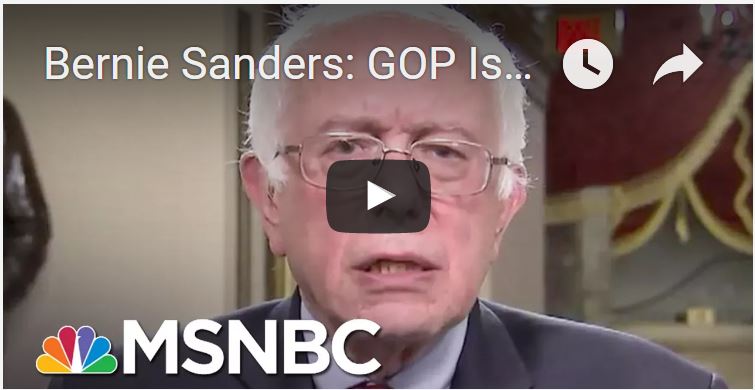 The Republican Party is dominated by 'Koch brothers ideology,' says Senator Bernie Sanders, and they want to eliminate 'every federal program passed in the last eighty years.'
Why White Supremacists Love Tucker Carlson 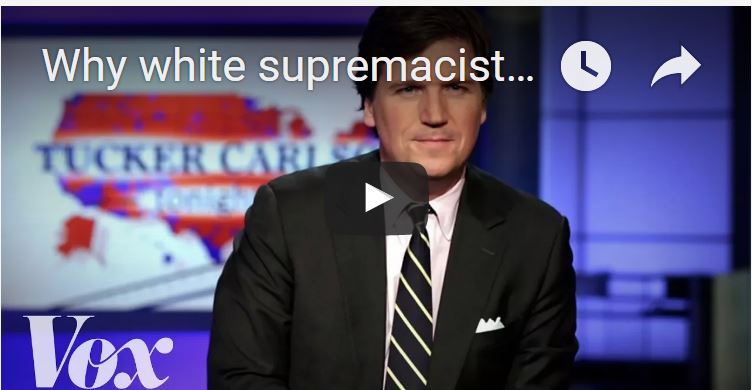 To understand why Tucker Carlson is the new king of Fox News and a hero to white supremacists like David Duke and Richard Spencer, you need to look at the way he talks about immigrants.
Subscribe to Portside