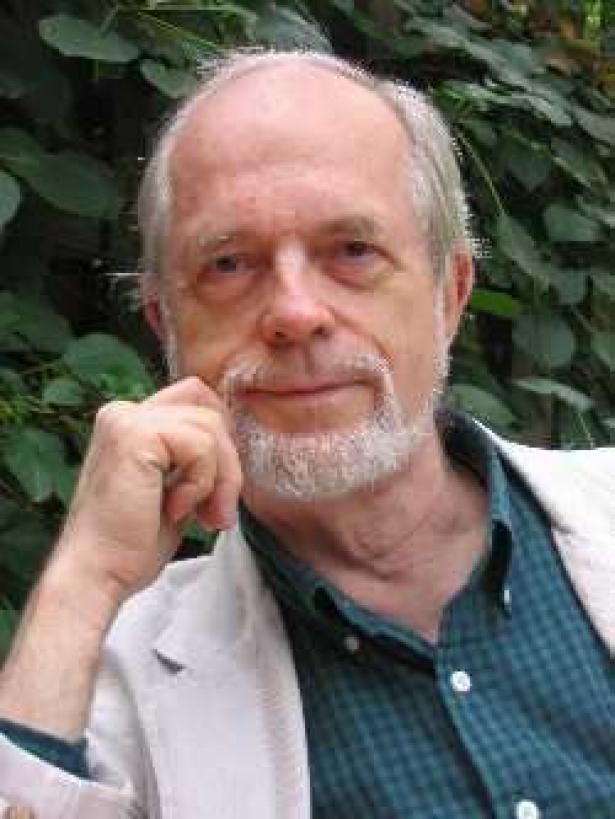 David E. McReynolds, a pacifist, socialist and sometime political candidate whose activism spanned many decades, died on Friday in Manhattan. He was 88.

The War Resisters League, where Mr. McReynolds had been a staff member, confirmed his death. He was taken to Mount Sinai Beth Israel hospital after falling in his Manhattan apartment, a friend, Bruce Cronin, said.

Mr. McReynolds was best known for his demonstrations against the draft during the Vietnam War, his advocacy of pacifism and denuclearization, and his two bids for president in 1980 and 2000 as an openly gay man running on the Socialist Party USA ticket.

“He’ll be known for the lifetime of leadership and the pacifist movements that, to a large degree, he defined in the post-World War II, Cold War era,” said Professor Cronin, the chairman of the political science department at City College of New York. “But what I think helped to define him was that he was as much a humanist as he was an activist.” He had met Mr. McReynolds at a denuclearization rally in the 1980s.

Mr. McReynolds spent almost four decades as a staff member for the War Resisters League, a pacifist organization based in New York City. His activism took him around the world for demonstrations and meetings as a member of delegations in Libya, Japan, Vietnam and other countries.

“There were all these things that made him a giant in antiwar and civil rights and social justice,” his cousin Dusty Kunin said on Friday.

He was also a photographer, a writer and a music aficionado who regularly hosted friends at his home for discussions about art, life and politics.

David Ernest McReynolds was born on Oct. 25, 1929, in Los Angeles. He was raised as a Baptist and was once affiliated with the Prohibition Party, he told The Villager in a 2015 interview.

Mr. McReynolds, who was the oldest of three children, described his childhood as “pretty protected.” His father’s job as head of the local water reserve and his family’s access to his grandfather’s farm and livestock helped insulate them from the worst effects of the Great Depression, The Villager reported.

By the time he attended the University of California, Los Angeles, in the early 1950s, he had become an active socialist and an ardent pacifist.

This was during the era of McCarthyism, and the government took notice of his activities. Mr. McReynolds would later write that the F.B.I. had compiled hundreds of pages of files on him, which he obtained through a Freedom of Information Act request.

His work spanned myriad issues. He demonstrated in favor of civil rights and against the Korean War in the 1950s, so that by the time widespread antiwar sentiment had gripped young activists during the 1960s and ’70s, he was an experienced protester.

Mr. McReynolds was known as a mediator with a human touch, and much of his organizing work took place behind the scenes. But he occasionally appeared in news reports, including the time he publicly burned draft documents during Vietnam War protests in 1965.

He first gained wider public attention as a candidate for Congress in 1958. He ran as an openly gay candidate for president in 1980, and again in 2000, although he did not make gay rights a central issue in either campaign.

By the time of his last presidential bid, he was 70 and technically retired from his position as a field secretary with the War Resisters League.

“I think we have a title for me,” he said at the time. “I’m an emeritus of some kind. I’ll have to ask someone up front what my title is.”

Mr. McReynolds resigned from the Socialist Party in 2015 after he was censured for two comments he had made on social media. In one, he expressed concern over Islamist extremism following a terrorist attack on Charlie Hebdo, a newspaper in Paris. In the other, he used the word “thuggish” in reference to Michael Brown, the unarmed black teenager who was shot and killed by a police officer in Ferguson, Mo.

“The failure of the Socialist Party, its tendency to substitute a kind of left rhetoric for serious analysis, is to be regretted because if ever we needed a democratic socialist movement it is today,” Mr. McReynolds wrote after his resignation.

He is survived by a sister, Elizabeth Gralewski, and a brother, Martin McReynolds.

On Friday, the War Resisters League said in a statement that Mr. McReynolds was on its staff until 1999 but had remained a member of the league’s community throughout his life, adding that he “will be remembered for living radical pacifism.”

Early Friday morning, socialist, photographer, and lifetime War Resisters League member David McReynolds - committed pacifist + socialist - passed peacefully at the age of 88. David was on WRL staff for a large part of his life and remained within community long, long after.

David McReynolds (1929-2018) died at 1:30 this morning, a day after being brought to Beth Israel ICU in Manhattan. He had suffered a fall in his apartment and apparently never regained consciousness.

I first met him during a trip from Austin to NYC in 1970, and three years later joined him as a member of the War Resisters League staff. Though we would periodically differ on tactics and politics, he could always be relied upon as a brilliant, challenging, blunt thinker, speaker, and writer, who many times came up with projects — some resulting in his arrest — that would help propel WRL's militantly pacifist message to the wider public.

For those who don't know, David was on the WRL staff for almost 40 years (1960-1999), a long time member of the Socialist Party, who ran for Congress in 1958 and 1968, President of the United States on the SPUSA ticket in 1980 and 2000 — the first (I think) openly gay candidate for President — and for the U.S. Senate from New York in 2004 on the Green Party ticket. An internationalist and former chair of the War Resisters' International, he traveled extensively, many times to war-torn countries, once getting arrested in Red Square during an anti-nuclear protest in 1978.

Born in 1929 in Los Angeles, he moved to the East Village in 1956 and began working for Liberation magazine, before joining the WRL staff. An avid photographer, a collection of his photos can be found at http://www.mcreynoldsphotos.org/. All his life he adored animals, most especially cats (sadly, Shaman, his cat — seen in the photo — died shortly after David was  taken to the hospital), was a dedicated member of the Bromeliad Society and many other groups that I don't have time to research before this quick post.

David's family and friends will be planning a memorial service in the weeks to come. As we reflect on David's legacy, WRL is preparing to mark 95 years of resisting war this October 11th. To place a message of remembrance for David in WRL's 95th Anniversary program journal click here, or if you would like to make a gift to WRL in David's memory you can do so here. 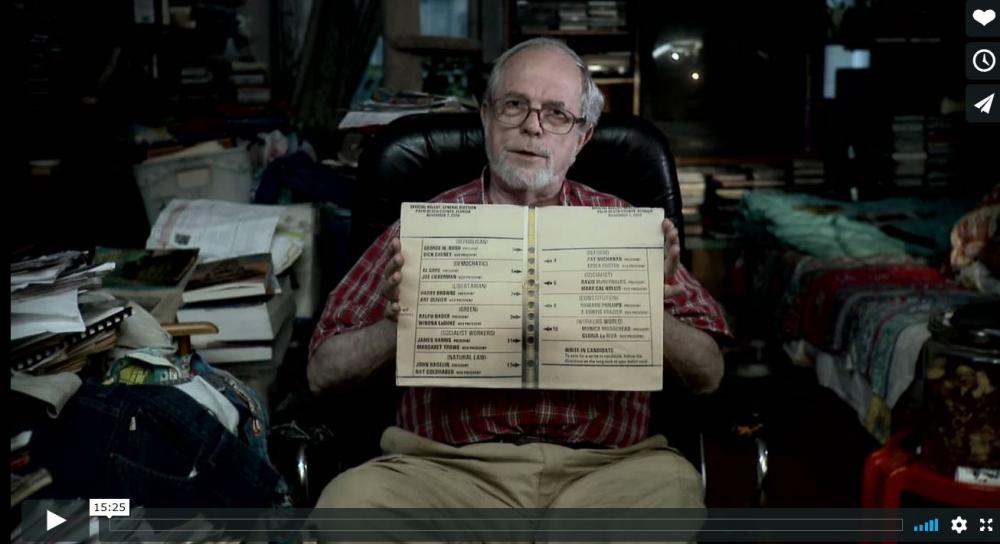 On October 25, 2009, my friend David McReynolds - long-time pacifist, War Resister & Socialist Party member - turned 80. I'd like to introduce him to you by way of a 15-minute piece I did for his birthday celebration. Since it would have been too hard to sum up his life in such a short clip, I decided to let you see and hear David the way I have over the years ... mostly in conversations in his East Village apartment, telling stories and looking through his old photo albums.

Some noteworthy McReynolds facts: during the Vietnam War, David was at the center of virtually every national committee seeking to bring an end to the conflict. He was the first openly gay man to run for President of the United States (1980), and when he ran again in 2000 his 622 votes in Florida (yes, he was on the infamous Butterfly Ballot) exceeded the difference between Al Gore and George W Bush. His widely-read pamphlet, "The Philosophy of Nonviolence," has become one of the definitive works on pacifism in the late twentieth century.

Howard Zinn recently told me that he considers David "a hero of the antiwar movement." 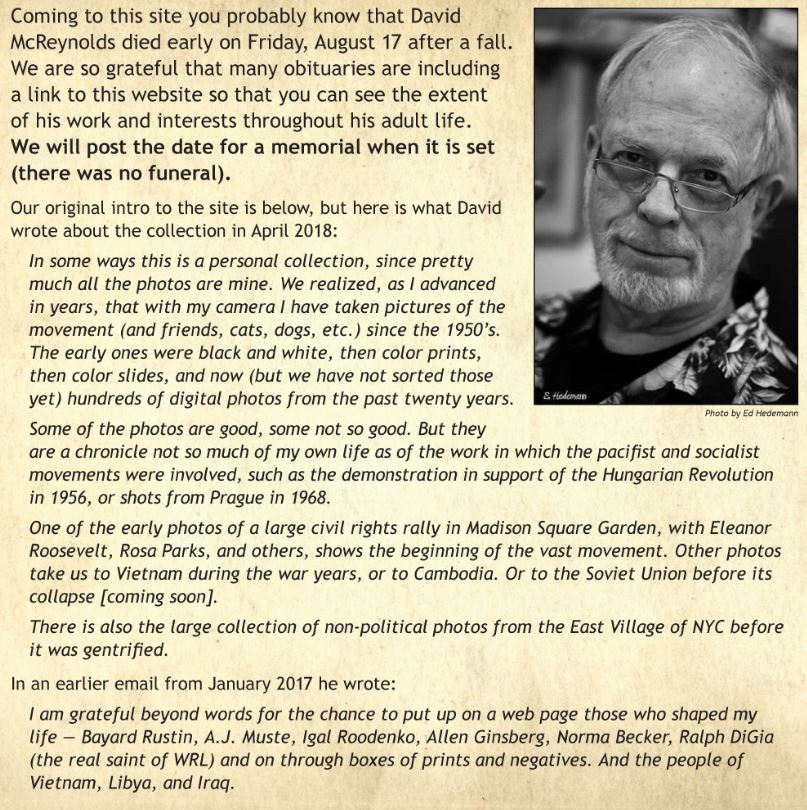 David McReynolds is well known in peace and social justice circles for his 40-year career on the War Resisters League (WRL) staff, his years of leadership in the Socialist Party (SPUSA), and his political writings. Many more came to know him as a result of political campaigns for Congress from Lower Manhattan in 1958 and 1968, for President of the United States as the SPUSA candidate in 1980 and again in 2000, and for the U.S. Senate from New York in 2004 on the Green Party ticket. Through WRL’s connection to War Resisters’ International and the worldwide antiwar movement, David travelled extensively. As a young adult in Ocean Park, California, David met his political mentor Vern Davidson. In the spring of 1956, he moved to the East Village in New York City and began working for Liberation Magazine where he met and worked with Bayard Rustin, David Dellinger, Barbara Deming, A.J. Muste, Dorothy Day, among others.

Throughout his life David McReynolds has been an avid and accomplished photographer. His photo collection of more than 50,000 black and white and color negatives, slides, and prints is full of history. David’s friends and colleagues, aware of this unique collection, are working with him to identify people and places and make the photos available to a wider community while preparing the collection for archiving. More on David McReynolds - https://en.wikipedia.org/wiki/David_McReynolds

Please note, these photos are the tip of the iceberg — a sampling. There are so many more travels, demonstrations, street shots, and people to add to the site. Please check in periodically — and use the contact form if you have questions, to inquire about photo use, or want to help.