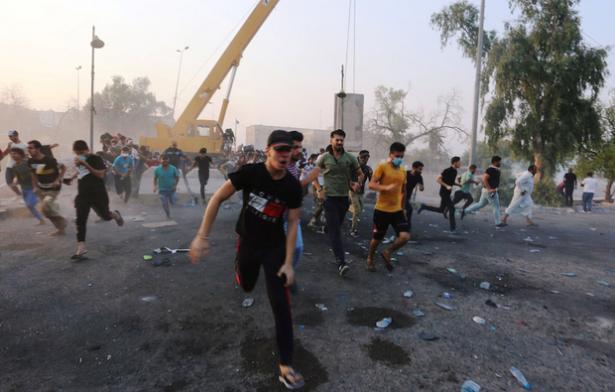 Iraqi protesters run during a protest near a government office in Basra., (Reuters)

Equality and Territory: the Common Struggle of Indigenous Women in the Andes

In more than 30 years of national and international activism for their rights, indigenous women have organised, are speaking with their own voice and are articulating from the local to the global level.

Running mate Fernando Haddad named as the Workers Party's replacement candidate for October vote as the race hots up.

A government prosecutor told the media, the reason for the arrests were that the accused were part of an “anti-fascist front,” indicative of the drastic shift in India’s idea of tolerated discourse.

The standing of the Social Democrats was assisted by principled anti-fascist activity backed by the Left, especially in the major cities.

Many shouted the “We are the people” slogan used by the anti-GDR crowds in 1989, but now directed against foreigners, Merkel, LINKE, the press, anyone but fascists.

Protesters in the Iraqi city of Basra have faced beatings, tear gas and live ammunition as they continue to demonstrate against water shortages, power cuts and corruption.