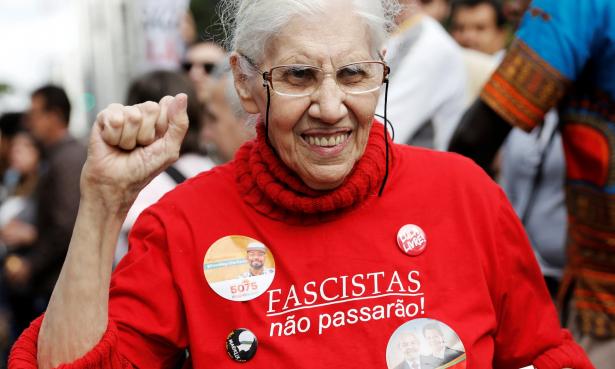 A supporter of the Workers’ party presidential candidate, Fernando Haddad, gestures as she wears a T-shirt that reads: ‘Fascists shall not pass’. , Photograph: Nacho Doce/Reuters

Huge numbers of Brazilian women are now mobilizing to derail the presidential bid of Jair Bolsonaro, who is leading polls with about 26% of intended votes.

Cuba’s new constitution should do more than merely ban discrimination; it should establish more proactive measures to recognize diversity and advance equality.

The leftist party is relying on decidedly old-school tactics in its effort make gains in areas once beyond its reach.

At the Jawaharlal Nehru University, the ‘Left Unity’, a grouping of Left parties, won all four key posts to the Students’ Union.

Sławomir Sierakowski / Project Syndicate (Prague)
An emerging star on the Polish left could soon mount a credible challenge to the country's populists.

Workers at petroleum giant Sasol are divided over a new share scheme that the mostly white union Solidarity considers racist and unfair.