books Why the Working Class Matters

With the rise of popular interest in socialism, this book goes beyond promoting efforts boosting needed protective legislation and improved social welfare for working people to look globally at struggles against capital and strategies for winning. 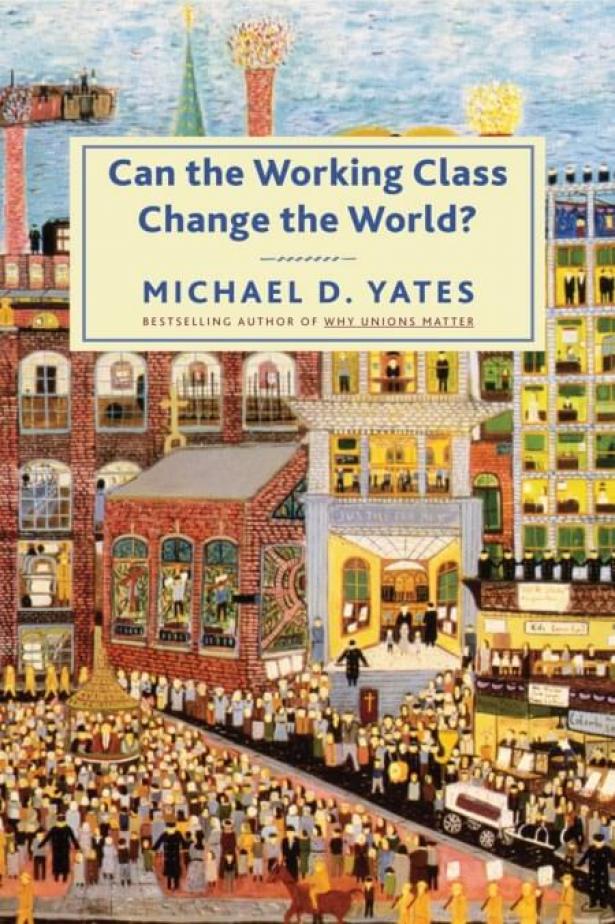 Radical economist Michael Yates grew up in a western Pennsylvania manufacturing town, later hard hit by de-industrialization. He spent more than three decades working as a college professor in his home state. Despite his career in academia and editorial role at Monthly Review, a seventy-year old project of socialist intellectuals, Yates never lost touch with the life experience of high school classmates, friends, neighbors, and relatives who toiled in blue collar jobs.

That background has always informed his work as one of the nation’s leading labor educators. A book by Yates called Why Unions Matter, published two decades ago, has become a multi-edition bestseller in worker education circles. Tens of thousands of copies have been used in working class studies programs, union leadership courses, and shop steward training. Yates gained a far greater grassroots labor audience than any of the campus-based “experts” on labor-management relations, who are so often quoted in the mainstream press.

Yates newest work, Can The Working Class Change the World?(Monthly Review Press, 2018) examines not just the role of U.S. workers in struggles for protective legislation and more comprehensive social programs. He provides a global view of the plight of wage earners (and the unemployed) who are adversely affected by the terrible imbalance of power between capital and labor throughout the world.

Yates newest work, Can the Working Class Change the World?examines not just the role of U.S. workers in struggles for protective legislation and more comprehensive social programs.

Yates’ book arrives just as there is revived interest in socialism, reflected most dramatically in the explosive membership growth of the Democratic Socialists of America (DSA). In DSA circles and elsewhere on the left, there is no shortage of discussion about what constituencies have the most potential to be agents of radical change in the U.S. And what organizing strategies, electoral or non-electoral, will be most effective in the Trump Era and beyond.

In Yates’ view, incremental reforms, as important as they are, are simply not enough to avert climate catastrophe or cure any other major problems of advanced capitalism. Instead, he argues for “building a fundamentally new society, one with grassroots democracy, economic planning, a sustainable environment, meaningful work, and substantive equality in as many aspects of life as possible.”

In Yates’ book, definitions are important, including how one defines the “working class” referenced in his title. The author is no prisoner of traditional Marxist fixations on “the industrial proletariat.” In the course of elaborating a far more modern and inclusive conception of the working class, he notes that the labor of many “relatively well-renumerated employees, such as doctors, engineers, and college professors, is becoming more like that of most workers.” Their jobs and those of other professionals are “facing many of the modern forms of corporate control of the labor process—constant surveillance, de-skilling, mechanization.”

Yates points out that even “professional athletes, actors, and musicians, some of whom earn extremely high wages…are potential allies of radical transformation” because “they often grow up poor and have sympathy for those whose who are oppressed, particularly people of color, as evidence by their support for an end to police brutality in minority communities.”

Unfortunately, since publication of Yates’ Why Unions Matter, older bastions of blue-collar union strength have been deeply eroded. Despite these setbacks, Yates is encouraged by the “upsurge of interest in unionization among younger workers, who face downward economic mobility and challenging life prospects.” He is impressed by “the unity these new unionists are showing across gender, racial, and ethnic lines.” And, as recent “red state” teacher strikes have demonstrated, “workers have continued to organize and act”—even in the absence of legal recognition or public sector bargaining rights.

Yates wades directly into the continuing debate about whether Bernie Sanders’ presidential campaign in 2016 was overly focused on class-wide economic issues, as opposed to other forms of exploitation and oppression. According to the author, it’s “an unworthy argument that says race and gender are mere identities, whereas class is a social relationship.” Says Yates:

“Fundamental change will not happen unless the working class and its allies attack capitalism and its multiple oppressions head-on, on every front, all the time…Struggles must be undertaken and coordinated against employers, the state, the mainstream media, those who run our schools, the police, the prison system, against racism, against patriarchy, against the destruction of the environment, against the rise of fascism, against imperialism, and many other persons and institutions.”

Can the Working Class Change the World? describes many different “models for working class politics” and anti-capitalist organizing, here and abroad. Among the California groups getting authorial approval is the Richmond Progressive Alliance. It’s the de facto political party in my own hometown which has tried to unite Greens, socialists, and left-leaning Black and Latino Democrats in campaigns for municipal office (and, less successfully lately, for state government positions).

Yates believes there is much that organizers can learn from the experience of movements which rely more on direct action than the activities of traditional labor unions or political parties, mainstream environmental groups, “non-governmental organizations that have proliferated like invasive species,” and “liberal feminist and ethnic and racial advocacy associations” seeking “a slightly larger share of the pie.” Only “the working class, with its vast numbers and potential power, can get the job done”—if its myriad internal divisions, political contradictions, and organizational weaknesses can be overcome.

One the many strengths of Yates’ writing, in this book and others, is a clear, accessible, and non-academic style. His latest book is an introduction to radical theory and practice, that advances the latter, without losing too many readers in the thickets of the former. Let’s hope it gets widely read and discussed in book clubs, study groups, and college classes where the goal is not just to interpret the world, but change it.

Author Michael D. Yates is an economist, labor educator, associate editor of the socialist magazine Monthly Review and editorial director of its Monthly Review Press. Among his book publications are The ABCs of the Economic Crisis: What Working People Need to Know (with Fred Magdoff), 2009.; Wisconsin Uprising: Labor Fights Back, 2012; A Freedom Budget for All Americans: Recapturing the Promise of the Civil Rights Movement in the Struggle for Economic Justice Today (with Paul Le Blanc), 2013; and The Great Inequality, 2016. A miscellany of his writings for Monthly Review are available HERE.

Information on subscribing to Monthly Review is available HERE.

[Essayist Steve Early is a longtime labor activist, a Boston-based organizer for the Communications Workers of America for 27 years, now. a member of the Richmond Progressive Alliance, and the author, most recently, of Refinery Town: Big Oil, Big Money, and the Remaking of An American City (Beacon Press). His work appears in the New York Times, Boston Globe, and Nation, among other publications. He can be reached at Lsupport@aol.com)]

Information on the LA Progressive is available HERE.