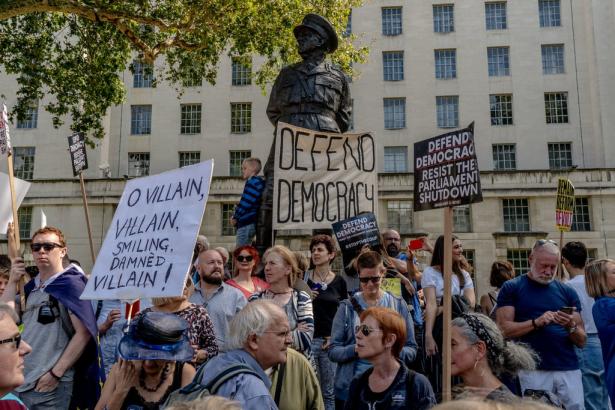 How to Beat Boris

It is the result of a series of actions taken by agribusinesses and big mining since the beginning of the Jair Bolsonaro administration.

Sacked People's Democratic Party (HDP) mayor Ahmet Turk has announced party plans to establish a coalition to “democratize Turkey,” in the wake of a government crackdown on the pro-Kurdish party.

German trade unions have realized that the green transition needs to happen — and they’re fighting to make sure it’s bosses, not workers, who pay for climate justice.

In Bengal, the BJP captured eighteen parliamentary seats, establishing a significant presence for the first time in one of India’s largest and most left-wing states.

The union federation strongly condemns attacks and looting of shops directed against foreign nationals and their properties in some parts of South Africa, as absolutely criminal and reactionary.

His powerful criticism of the global system, which was marked by his denunciation of capitalism’s inhumane treatment of its human subjects by turning them into mere market products, made him a great inspiration for the anti-globalist movement.