On this 50th anniversary of the assassination of proletarian internationalist Fred Hampton, a new radical student movement in Pakistan takes inspiration. News and analysis in the spirit of Chairman Fred: "I am a revolutionary." 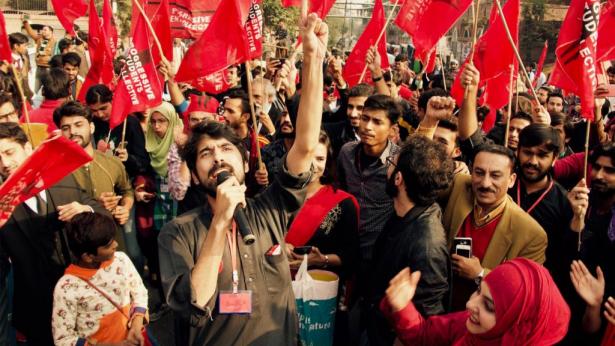 Today's power struggles are complex, not predetermined, allowing creative movements to regroup, transcend their past experiences and invent new forms of political and social mobilization.

"The sardine events are full of people who hate inequality. And a great component is the LGBT sphere, feminists, immigrants. There’s a reason behind that. They are people who have suffered under the aggressive attacks from right-wing populist language and the Lega."

On the eve of an “unlimited” (open-ended) General Strike called for Dec. 5, more and more unions and protest groups are pledging join it. The Yellow Vests have decided to converge with the strike, and the CGT union’s leader, who had originally spurned the Yellow Vests, immediately welcomed them.

Haiti’s most prominent LGBTQ rights organization, Kouraj, or Courage, is mourning the suspicious death of their president Charlot Jeudy in the Capital of Port-au-Prince on November 25.