A Message to the Left About Kamala Harris — And Us

Should activists sit this election out? Not if you believe in activism. The right tactical call for activists is to elect the politicians they're most able to cajole, persuade, and pressure. That means viewing politicians in a different light...

August 13, 2020 Richard Eskow Common Dreams
Printer friendly
A Message to the Left About Kamala Harris — And Us Published August 13, 2020 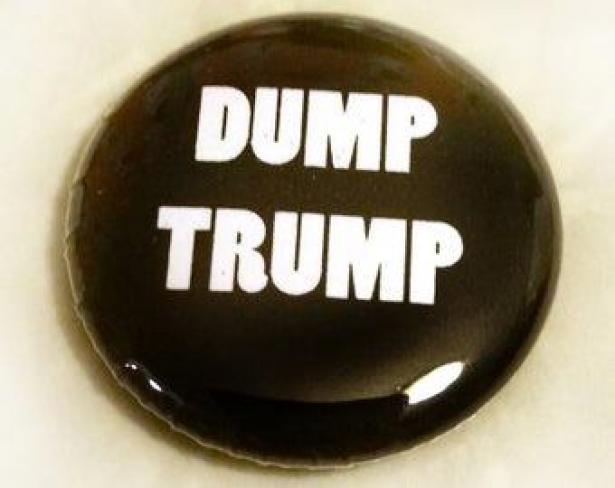 Millions of people have worked for change in this country in recent years. An incomplete list includes the Occupy movement, Standing Rock, the Sunrise movement, the Bernie Sanders campaigns, Black Lives Matter, the Red State teachers' strikes, and the Women's Marches. For the activist left (I include myself in this group), here's a thought: It matters who Joe Biden chose for vice president. Of course, it does. But it doesn't matter as much as you do. If you stay committed, if you unite your movements into a broad alliance for social and economic change, change will come. You have that power.

There's no way to sugarcoat it: If Joe Biden and Kamala Harris are elected, they'll still be influenced by the powerful forces that have shaped their careers. Biden has reassured billionaires that he doesn't think they're the problem. Wall Street has celebrated Biden's decision to choose Harris.

That's where you come in. Your activism—your constant, fearless, unyielding calls to conscience and sanity—will be the only counterforce to the pernicious influence of money in politics.

Should activists sit this election out? Not if you believe in activism. The right tactical call for activists is to elect the politicians they're most able to cajole, persuade, and pressure. That means viewing politicians in a different light: not as heroes or villains, but as tools. (And, no, I don't mean "tool" in the pejorative, slang sense—at least, not necessarily.) Confronted with the choice between Trump or Biden, the question isn't, which of these people do I admire? The question is, which of these people can I most effectively use as a tool for change?

"Should activists sit this election out? Not if you believe in activism."

Too many people in this country's progressive majority—a category that ranges from center-left to socialist—are still searching for heroes when they vote. There aren't many heroes in politics—although there are some, and their ranks are growing. But there are people that can be tools for change. Find them. Use them. But when it comes to heroes, look to yourselves. As the great civil rights leader Ella Baker said, "strong people don't need strong leaders."

You are strong. Stay strong.

For the white people among us, let's not forget how inspiring the Harris choice is for millions of people, especially Black women and girls. That's something to celebrate. It's important and beautiful. But there's no reason to abandon left policy goals. It takes nothing away from this moment to point out that Bernie Sanders consistently polled better than Harris herself among Black voters. People want a government that looks like the people, and they want one that works for the people, too.

Contrary to some recent centrist propaganda, "identity" politics and class politics are not in conflict. They never have been. In fact, the economic left has always been in the vanguard of alliance with social justice. Its leaders have long included women, people of color, and members of other oppressed groups, decades before that was true in other social spheres.

As for Harris' policy record: it's mixed. She's taken some excellent positions, some that weren't as good, and others that seemed to float in a Schrodinger's-cat reality—either alive nor dead.

Take healthcare. As someone who knows health economics quite well, I watched with some dismay as Kamala Harris watered down her own views on Medicare For All. She first stated—correctly—that private insurers should have no part in the health insurance system. Then she pivoted and attacked the Sanders plan, calling instead for a national Medicare system run by private insurers along the "Medicare Advantage." Medicare Advantage plans pose serious problems, some of which Diane Archer and I explored here.

Then there are her most objectionable words and deeds: on the (non)-prosecution of Steve Mnuchin, on cozying up to AIPAC, on policing, and truancy. She needs to know that people are aware of that record, and that they'll be watching what she does going forward.

As a candidate, Harris never seemed to be wedded to any particular policy proposal. Like Biden, she appears to lack an ideological core. While that can be seen as a character defect, it actually affords an opportunity. Biden and Harris may turn out to be malleable on policy in ways that the more ideologically neoliberal Bill and Hillary Clinton, for example, were not.

"Biden and Harris may turn out to be malleable on policy in ways that the more ideologically neoliberal Bill and Hillary Clinton, for example, were not."

Some of you will argue that this is a naive thought. We'll find out if they win. But we know they'll be more malleable than Trump. Yes, their administration will probably be filled with the usual centrist suspects. And the wealthy will have far more influence than they should. But you'll have influence, too—if you stay organized. They can't afford to lose your support.

Sorry if I seem to be pontificating. After all, a strong people don't need strong leaders. But this is a time to speak, for anyone who has something to say. Personally, I want a radically different world than the one we live in today—a world mainstream politicians can't imagine, much less build. I believe we'll need that kind of world to survive what's coming. But we will have to cross a long, hard political landscape before we reach it.

With this announcement, movement activists now have more information about the terrain they'll need to navigate. Information is power. So is activism. My plea to you, as someone with no particular standing to make a plea, is this: Use this information. Stay powerful. Know that you can win—that we can win—if we love, hope, and work together.

[Richard (RJ) Eskow is Senior Advisor for Health and Economic Justice at Social Security Works and the host of The Zero Hour with RJ Eskow on Free Speech TV. Follow him on Twitter: @rjeskow ]