Dispatches From the Culture Wars - January 5, 2020

Race and class after Trump, and more reports on the shifting consensus 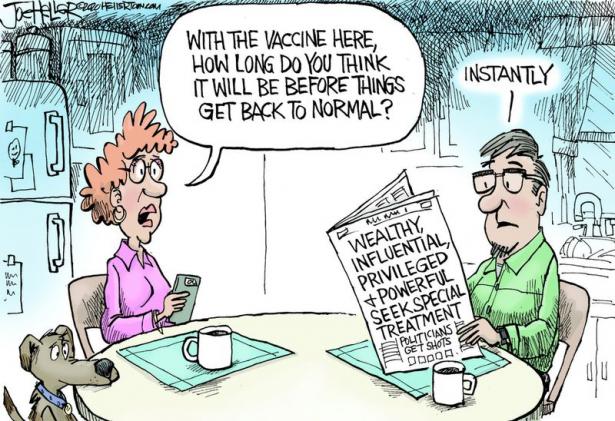 Lee D. Baker, a professor of cultural anthropology and African American studies at Duke University, talked about how the events of 2020 have amplified existing race, class and political divisions.

Civil War in the GOP

By Jordain Carney
The Hill

Senate Republicans are going to war with each other over the upcoming Electoral College vote in Congress as lawmakers try to fill a post-Trump power vacuum.

A pathological tendency within a small subset of the U.S. left feeds a habit of mining anti-political cynicism out of its own naïveté.

Public advocate Jumaane Williams is set to nominate Cea Weaver — campaign coordinator for Housing Justice for All, a statewide coalition of tenant groups — to the City Planning Commission.

Instead of adopting a lower profile, a significant contingent of American Muslims decided to organize politically and even undertake campaigns for local, state and national office. Many directly attribute their decision to run for office to the Islamophobic rhetoric of Trump and his supporters.

Resolutions for People With Disabilities

Disabled people are constantly bombarded with advice all year, every year, mostly on how to solve problems we already know how to solve … or how to become, or at least appear to be, less disabled.

Removing the Stain of Wounded Knee

130 years ago, the U.S. Army’s 7th Cavalry killed 150 Native Americans at the Wounded Knee massacre. Today, 20 service members still hold Medals of Honor from their actions at Wounded Knee despite efforts to revoke them.

By Dwight Stirling
The Conversation

The foundational premise of military management is a unity of command and a single voice of authority. Senior officers typically have little patience for opposing views or consensus-building. Diversity of thought is not celebrated; contrarian views are not welcome.

The Wealthy Scramble for Vaccines

They’re offering tens of thousands of dollars in cash, making their personal assistants pester doctors every day, and asking whether a five-figure donation to a hospital would help them jump the line.