Can Democrats truly reconcile with those Republicans who called President Biden’s election fraudulent and encouraged violent attack of the U.S. Capitol? 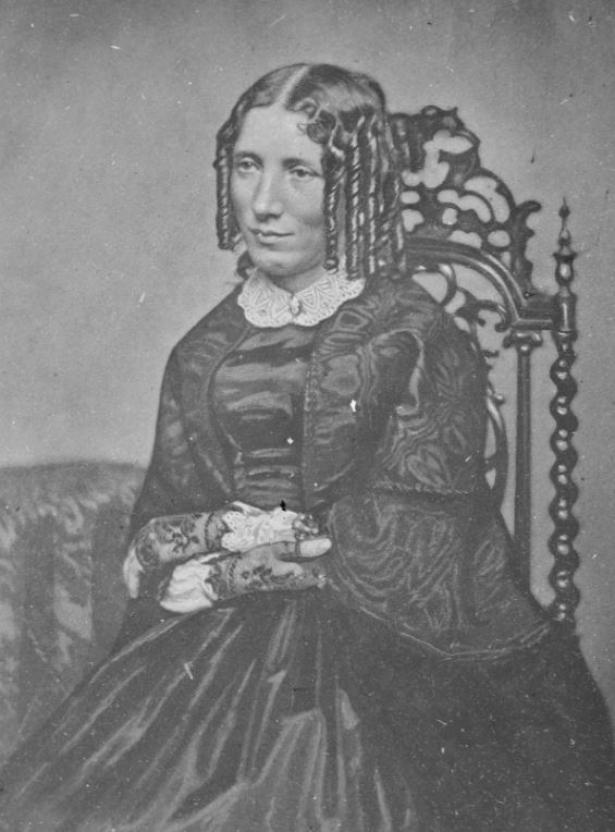 Earlier moments in U.S. history should caution us about the lure and danger of reconciliation when one side refuses to acknowledge wrongdoing. After the Civil War, former Union partisans sought to get along with the Southerners who fought to keep Black people enslaved even after the war. But later, they doubted the wisdom of having done so.

One of those people was Harriet Beecher Stowe, the author of “Uncle Tom’s Cabin” (1852), the most influential novel in the United States during the 19th century. Her famous book kindled readers’ sense that they could and must end slavery, even if that meant disrupting alliances, friendships and family ties with enslavers and their supporters. Thirty years later, Stowe wrote a story little known even it its own time, in which she considered what happened when these same White Northerners who fought against slavery reconciled too easily with former enslavers.

Written in 1882, but set in 1866, “The Captain’s Story” tells of two former Union army captains who visit Florida, where they once fought on the battlefield. They hope to relax and recuperate from the toll the war had taken on their health. The two listen to their White Floridian guide’s ghost story, which includes his casual mention of having murdered enslaved African captives. The ghost of one captive continues to haunt a nearby plantation, he says. Despite moral qualms, the two captains decide to continue their trip with their murderous guide who can show them all the best fishing grounds. They will get along, and leave his punishment to God.

Stowe began spending winters in Florida just after the Civil War, about the time the story is set, initially hoping to help her son recover from his own Civil War trauma. She wrote popular travel articles in the 1870s touting the state’s pleasures for Protestant Northern Whites, hoping to attract them to politically overwhelm the Southern planters. Full of chummy advice on how to travel south and where to buy land, the accounts spurred the state’s first tourist boom while also raising money for a Black school. In “The Captain’s Story,” she swerves to remind her readers of the brutalities of her Florida neighbors who once enslaved people.

Although Stowe was a founder of the Atlantic Monthly, “The Captain’s Story” was not published there, perhaps because few 1880s editors wished to take the horrors of slavery seriously. Albion Tourgée, the editor of the short-lived but high-paying weekly Our Continent, did, however. He was a Union veteran who worked for Reconstruction then wrote about his experiences in two best-selling novels focusing on the difficulties and assaults the freedpeople faced. He went on to fight Jim Crow, as the lawyer representing a Black plaintiff attacking segregation in public facilities in Plessy v. Ferguson.

Although Our Continent was not a crusading publication and sought to attract White Southern readers, too, Tourgée published other works that acknowledged that the Civil War was fought over slavery. Yet Our Continent was obscure enough that “The Captain’s Story” received no notice in the press at the time. It was not anthologized or reprinted.

The story’s questioning of White complicity in postwar racism is subtle and conflicted. But it does stand in stark contrast to other popular magazine stories of the time. Northern magazines shoveled out stories romanticizing Southern plantations as places where sweet, quasi-familial ties between enslavers and enslaved people infused life with graciousness. Plantation fiction frequently featured a tired Northern businessman who, like the two captains, goes South to rest and comes to appreciate relaxed Southern hospitality.

Marriage to a Southern woman in these stories offered an allegory of reconciliation between Northern and Southern Whites. As the White abolitionist and orator Anna E. Dickinson noted, “The fashion of the day has been, and is, to talk of the love feast that is spread between old foes, till at last we of the North and of the South are doing what our forefathers did 30 years ago — grasping hands across the prostrate body of the negro.”

Of course, former Confederates did not seek reconciliation. Instead, they created the cult of the Lost Cause, celebrating the nobility and heroism of the Confederacy, leading to the erection of statues honoring Confederate leaders and school textbooks that continued to inculcate this version of history for over a century.

That is why Stowe’s story is significant. It called out the murderous past, presented plantation owners and their friends as lawless, brutal, disloyal, casual killers, scornful of the family ties of enslaved people. But the story disappeared, and that illuminated the shifting reality of race relations in 1882. Reconstruction had ended, a reign of racial terror lynchings had commenced, and states passed Black Codes that allowed Southern Whites to continue to coerce the labor of African Americans. White supremacy had regrouped with new legal structures and Northern collusion, and former Confederates were back in power in the South. Ex-Confederates suppressed the Black vote and reinstated slavery under different names.

The myth of benevolent plantation life took hold through sheer repetition in fictional work, most familiar now through “Gone With the Wind,” imagery and plantation tours. Burying Stowe’s story while celebrating that myth matters. It is another small part of concealing slavery’s past and obscuring the power of white supremacy, which still haunt the United States.

[Ellen Gruber Garvey is the author of two prize-winning books, "Writing with Scissors: American Scrapbooks from the Civil War to the Harlem Renaissance" and "The Adman in the Parlor: Magazines and the Gendering of Consumer Culture."Follow]

Reprinted with permission of the author.