How should we relate to working class resistance in countries with governments the US State Department has in its sights? 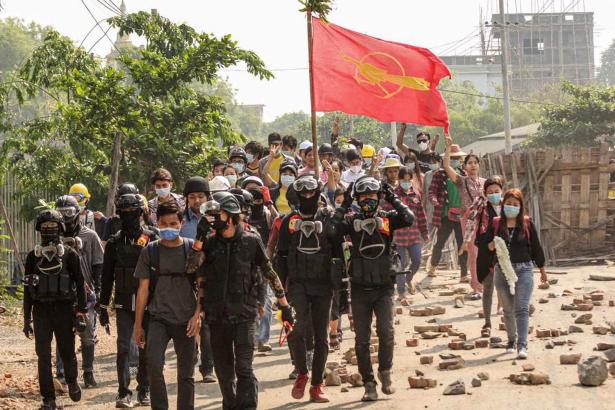 Residents of the Sagaing Region capital Monywa in Myanmar demonstrate against military rule on April 3. Credit,Facebook/AFP

Around the world women and girls put in billions of hours of unpaid care work each day – that’s the cooking, the cleaning, the caring for children, sick and the elderly. How is this at the heart of the global inequality crisis? Why’s it so hidden? And what can be done about it?

It is hard to imagine any credible political perspective on the left that isn’t hostile to US-led imperialism. However, there is more to be considered than the geopolitical map and the actions of governments. The question that arises is how we should relate to working class resistance in countries with governments the US State Department has in its sights.

In 1997, social democratic and labour parties had been in power in eleven out of the fifteen states that were then EU members. Just over twenty years later, these parties were barely in power in only a handful of countries. The social crisis has turned into a political crisis: morbid symptoms galore.

Democracy is more socialist to the extent that it is more participatory, it is up to us to stimulate popular participation, creating spaces and procedures to address, evaluate and implement the demands and proposals that make it effective. This essential connection with the demands and needs of the people through participation is linked to one of the fundamental tasks of the Party in these times: social communication.

It’s very easy to be pessimistic given the power asymmetries that have been exposed by this crisis, but there are opportunities to leverage, if the right kind of progressive agenda and alliances can be forged.

There is a need to veer away from a remittance-dependent economy and pursue instead a sustainable economic pathway that is based on human rights and justice, independent from foreign intervention or control, and people-centered. Migrant-sending country governments should set standards for the protection of their nationals working and living overseas, and demand receiving countries to recognize and uphold them.

Looking back through our archive it is humbling and inspiring how much the movements in the region have achieved with how little resources, and it tells us one thing for sure: we will face whatever comes next better prepared and together.

The rapid development of the Covid-19 vaccines shows what can be done when the research community shares information and works cooperatively. It gives us a glimpse of what could have been done over past decades when Big Pharma, acting as rent-collecting patent holders, blocked development.

How can we create a progressive ‘popular force’ in an era of digital media platforms dominated by the innovations of right-wing populism?