While the Philippines and Palestine might not be obviously linked in popular imaginary, there is a complicated web of relations — threaded through militarism, settler colonialism, empire and racial capitalism — that binds these entities together. 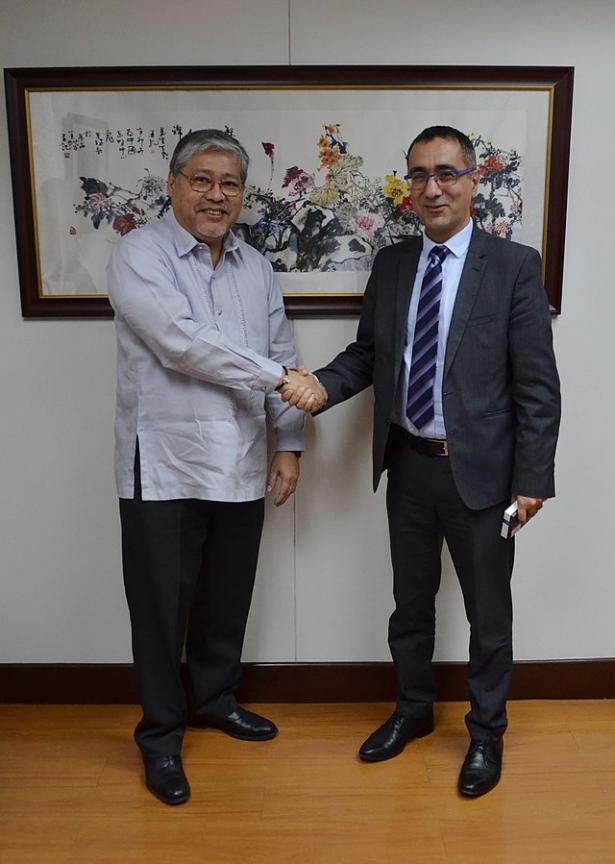 From Palestine to the Philippines, Stop the U.S. War Machine” is a common refrain that has echoed through the streets of the Philippines and the U.S. in the wake of recent attacks in the occupied Palestinian territories of East Jerusalem, the West Bank and Gaza. Despite documented casualties disproportionately affecting Palestinians, with at least 243 dead, 1,900 injured and 90,000 Gaza residents displaced, the Biden administration recently approved a $735 million arms sale to Israel, a package similar to the deal concluded with the Philippines. While the Philippines and Palestine might not be obviously linked in the popular imaginary, there is a complicated web of relations — threaded through militarism, settler colonialism, empire and racial capitalism — that binds these entities together. Disentangling these ties and revealing the complicity of the Philippines in the displacement and devastation of Palestinian lives is the solidarity work that is urgently required of us at this time.

In 2011, I had an opportunity to visit the occupied territories of Palestine alongside a delegation of Indigenous and women of color feminists. During that time, I saw the apartheid wall that divided and displaced people from their homes, the checkpoints where everyone and everything is subject to scrutiny, the neighborhoods where families are pushed out of their homes in the middle of the night, and the corrals that are built for Palestinian workers to line up every day to work in Israel and support the very state that has displaced them. From Hebron, Al-Bustan, to Sheikh Jarrah, we met people who persist and insist on staying in their homes even in the face of everyday acts of violence committed by settlers and Israeli soldiers.

While much has been written about the complicity of the U.S. in supporting this form of settler colonialism, it is made hyper-visible at checkpoints that regulate passage through the occupied territories. For example, one such billboard I saw baldly declared: “US AID from the American People. The Jalameh vehicle crossing enhancement was funded by the American people through the US Agency for International Development to foster greater trade and development of the Area.”

As an immigrant from the Philippines and a scholar of Filipinx/Philippine American studies, I recognize that this billboard could just as easily be located in the Philippines to reflect the enduring U.S. empire, sustained and nurtured by U.S. militarism, that continues to support the authoritarian regime of Rodrigo Duterte. Since 2016, the U.S. has provided the Philippines with approximately $550 million in military aid. These arms have anchored and facilitated Duterte’s execution of his own “war on terror,” culminating in the passage of the so-called Anti-Terror Bill in July 2020 — in reality, a “war on the poor” that has resulted in grave human rights violations. To date, the Duterte regime has been responsible for over 25,000 lives lost to state-sanctioned extrajudicial killings, the violent displacement of Indigenous communities, arbitrary arrests and the “red-tagging” of human rights defenders and community leaders suspected of engaging in “terrorist” activities, the widespread suppression and surveillance of the media, as well as countless sexist and misogynistic policies that have led to gender-based violence. This is the same leader who proudly defends these numbers by saying, “It is my job to scare people, to intimidate people, and to kill people.”

Israel has long been a supporter of Duterte’s regime, serving as one of the major suppliers of arms to the Philippines. While Israel is also the destination of labor migration from the Philippines, with over 30,000 migrant workers currently working there, the precariousness of their working conditions makes this source of employment temporary, tenuous and unstable. Migrant workers receive work permits that allow them to work in the country for no more than 73 months. If their employer passes away, if they are fired or they quit their jobs, their visas automatically expire. Their work permits specifically stipulate that they are prohibited from engaging in any romantic relationships. If they become pregnant, their visas are revoked immediately, unless they agree to have their children deported to their home countries. Following rulings in 2006 and 2009 that mandated the deportation of migrant workers and their children who have overstayed their permits, the implementation of these policies have only escalated since 2017. Just this year, about 39 families, a majority of whom are Filipinxs, have been slated for deportation.

Approximately 8,000 foreign caregivers arrive in Israel every year, with a majority of them coming from the Philippines. As of December 2020, there are approximately 55,000 caregivers, with Filipinxs comprising the vast majority. The influx of Filipinx workers in Israel, especially caregivers, surged in the late 1980s following the 1987 Palestinian Intifada and the ban on Palestinians entering Israel. Concerned about a labor shortage to care for its growing elderly population, Israel turned to the Philippines to hire women specifically to do this care work.

As Filipinxs who have lived through various regimes that have occupied and colonized our country, including Duterte’s current authoritarian regime, witnessing the current Palestinian occupation and siege must get us to question the similar effects of prolonged occupation and examine our own histories and positions, as well as our commitments to long-term solidarity.

We can take inspiration from global Filipinx solidarity movements among workers, students and the youth, and begin this work by dispelling the myths that dominate the public sphere and circulate in our communities; myths that prevent us from engaging in the important solidarity work necessary in these times. Doing so requires we:

At the end of many political gatherings, Filipinxs might recall a ritual: the call of “isang bagsak” (one rise, one fall) followed by a unity clap to symbolize rising and falling together. Now is the time to demonstrate that unity clap in support of the Palestinian people. Let us draw on the rich traditions of Filipinx resistance to domination and displacement, and respond to the Palestinian call for the global community to take action.

Trustworthy, fearless reporting is desperately needed, but there are far too few media sources that can deliver. Independent news outlets like Truthout are irreplaceable, so if you appreciate what we publish, please donate what you can, or consider starting a new monthly donation to sustain and strengthen honest journalism.  Donate Now

Anna Romina Guevarra is the founding director and associate professor of Global Asian Studies at the University of Illinois Chicago and a Public Voices Fellow of the OpEd Project. She is an award-winning author on race, labor and migration, and an expert witness on asylum cases. Twitter @AnnaRGuevarra.