Pioneer of molecular evolution who campaigned against biological racism. 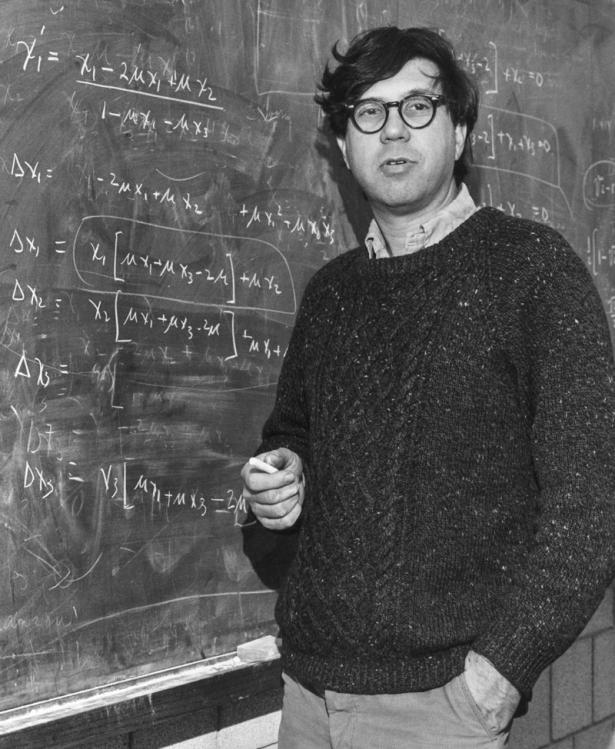 Richard Lewontin was a groundbreaking geneticist, best known for bringing molecular tools into evolutionary biology and for his advocacy against the use of science to rationalize structural inequity. Lewontin and his collaborators revealed how natural selection acts to shape variation, exploring its effect on genes, groups and individuals. Moving between mathematical and statistical analysis, fieldwork and laboratory experiment, they set the course of molecular population genetics. Lewontin saw no place for his discipline in attempts to explain why “the children of oil magnates tend to become bankers, while the children of oil workers tend to be in debt to banks”.

Lewontin’s sometimes controversial critiques of science, often from a Marxist perspective, inspired new thinking on the relationship between science, politics and society. He was an outspoken critic of sociobiology and adaptationism (the idea that all traits evolved as adaptations of an organism to its environment). He despised the use of biology to justify racist ideology, especially with regard to IQ testing. His celebrated essay ‘The spandrels of San Marco and the Panglossian paradigm’, written with his colleague Stephen Jay Gould (Proc. R. Soc. Lond. B. 205, 581–598; 1979) skewered, among other things, a “reliance upon plausibility alone as a criterion for accepting speculative tales”. Lewontin has died aged 92.

Richard Lewontin was born into an upper-middle-class Jewish family in New York City, and originally studied biology at Harvard University in Cambridge, Massachusetts, in the early 1950s. At the time, Harvard had no faculty member specializing in genetics, so Lewontin studied with a visitor, Leslie C. Dunn, from Columbia University in New York City. Dunn persuaded Lewontin to join the Columbia laboratory of Theodosius Dobzhansky, then the most influential evolutionary geneticist in the world. Lewontin adopted Dobzhansky’s investigation of the nature of selection and its impact on the variability of natural and laboratory populations. He completed his PhD in 1954.

That year, Lewontin joined the faculty at North Carolina State University in Raleigh. Here, he focused primarily on mathematical population genetics and worked with Ken-Ichi Kojima on genetic linkage, the tendency of neighbouring genetic sequences to be inherited together. After periods at the University of Rochester, New York, and the University of Chicago, Illinois, he spent the rest of his career at Harvard.

During his time at Rochester in the early 1960s, attempts to study genetic variation in natural populations were approaching an impasse. On a visit to the University of Chicago, Lewontin met Jack Hubby, who was adapting the biochemical technique of electrophoresis (which separates molecules by charge and size) to study the fruit fly Drosophila. They realized that detecting small differences between proteins could provide a new means of measuring genetic variability.

Lewontin moved to the University of Chicago and, with Hubby, published two landmark papers (Genetics 54, 577–594 and 595–609; 1966), which opened the way for the widespread application of electrophoresis and marked the beginning of molecular population genetics. These papers also revealed higher than expected amounts of genetic variability, addressing a long-standing dispute about whether natural selection maintains genetic variability in natural populations. In 1984, Martin Kreitman, working between Lewontin’s and Walter Gilbert’s laboratories at Harvard, brought DNA sequencing to bear on this question.

In Chicago in the 1960s, Lewontin became increasingly politically active, speaking out against racial discrimination, the Vietnam War and economic inequality. His fervent convictions led him to renounce his election to the US National Academy of Sciences, because of its support for secret war research. With ecologist Dick Levins and support from the Ford Foundation, he assembled a group to investigate the role of capital in agricultural research, such as the development of hybrid crop plants. Lewontin and Levins’s collaboration also led to a series of essays on biology and society from a Marxist perspective, published later as The Dialectical Biologist (1985) and Biology Under the Influence (2007). Like his critiques of sociobiology, many of these essays treated science as politics, arguing against reductionism and determinism that favoured biological explanations of complex biosocial phenomena.

Lewontin also spoke up against biological racism. His landmark paper ‘The Apportionment of Human Diversity’ (in Evolutionary Biology Vol. 6 (eds T. Dobzhansky et al.) Springer, 1972) found more variation within so-called ‘racial groups’ than between them, leading him to argue that such distinctions had no genetic basis. When biological arguments for race were again put forward in the context of mental testing in the 1980s, he opposed them on scientific and social grounds, notably in Not in Our Genes: Biology, Ideology, and Human Nature (1984), co-authored with Steven Rose and Leon Kamin, and reissued in 2017 during the administration of US President Donald Trump. He continued to publish in this realm for decades.

Lewontin described himself as a pessimistic biologist. He was a profoundly critical thinker, willing to challenge the scientific and philosophical foundations of his discipline as well as their social, cultural and political consequences. His research and reflections set an agenda for generations of biologists, philosophers of biology and socially engaged scholars.

In keeping with his socialism, he disliked biography and its celebration of the individual. When, in 1997, I asked him how I should write about his life, he pulled out of his desk a list of every graduate student, postdoc and visitor at his laboratory — more than 100 people — and said I should write about all of them. They were his greatest source of pride as a scientist.

Michael R. Dietrich spent a sabbatical in Lewontin’s laboratory in 1997. He has co-edited many books about iconoclastic biologists, and is a professor in the Department of History and Philosophy of Science at the University of Pittsburgh, Pennsylvania, USA.