Dispatches From the Culture Wars - Sports and More 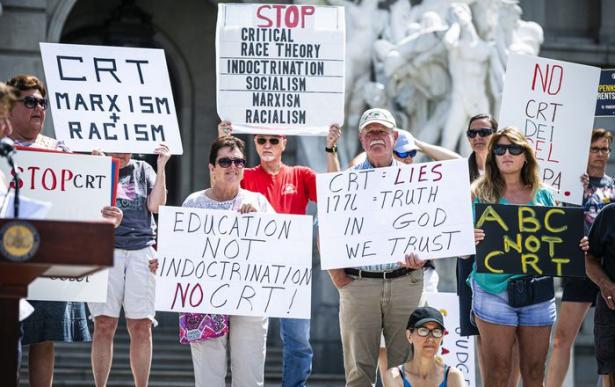 The professionalization of children’s sports has transformed and degraded the desire to play, the desire to be part of something, even just the desire to move into class-siloed, life-swallowing regimentation.

Through a shared vision of accessibility and inclusivity in sports, childhood friends Karl Bender and Scott Freeman formed Mikey’s League with a powerful objective: to challenge the limits placed on the disabled community and allow them to inspire and teach others.

Rock Island High School students brought flags from different countries to Tuesday night’s soccer game to support a student athlete after a racial bias incident. Previously, Gabriel Albarran was wearing a Mexican flag to celebrate Mexican Independence Day when getting on a bus to a game when the driver told him to take off the flag and to go back to his country.

Michele Broili was defeated in Trieste in a battle for the super-featherweight title by his opponent Hassan Nourdine, a battle that reignited a long-running debate in Italy about the public display of Nazi and fascist symbols.

The International Olympic Committee has indicated it aims to make the international event more inclusive. Prior to Tokyo 2020, the IOC released new guidelines to ensure gender-equal, fair and inclusive representation at the Olympics. But the increase in the number of women athletes should not be the be-all and end-all of a discussion on gender equality.

“The #unvaccinated have started calling themselves #pureblood. They’re so desperate to be persecuted, they’re ready to align themselves with Nazis.”

Occupy Wall Street Made Me a Socialist

When I first heard about Occupy Wall Street, I thought it was goofy, even absurd. Maybe it was. But I joined its encampments anyway. Like countless others, it was the first time radical politics ever reached me.

A School Board Win For White Power

Dr. Albert J. Raboteau and Dr. Charles Mills made their mark on the academy and brought a cutting-edge approach to their scholarship.

Anti-Porn Evangelicals Blame It On the Jews