What is he waiting on,I know he has a lot on his plate, but he needs to assign someone to take control of the postal situation, 😠😠😠

Can't help but wonder if his real goal i to sell off all or parts of the USPS to private interests. He should be removed from office immediately and sent to prison. Where he, "45." and all of their associates belong. 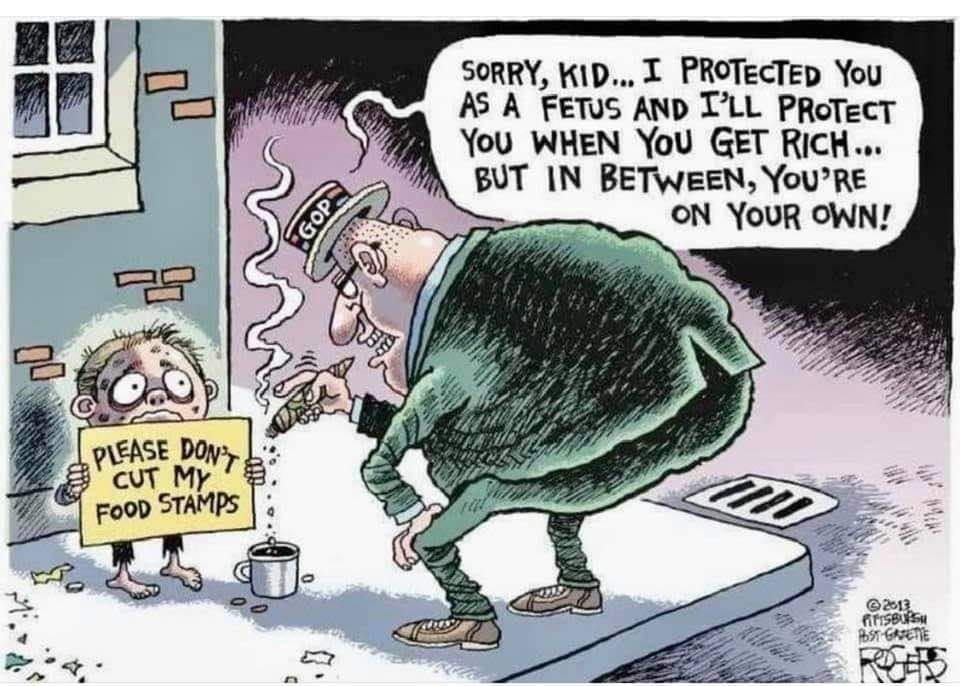 Why We Need Critical Race Theory 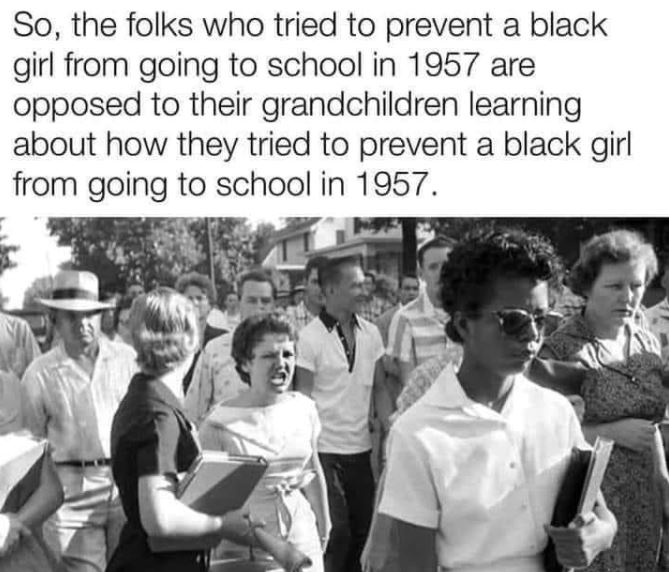 It's a lovely utopian vision, but will never happen.  It doesn't matter what sort of "treaties" get signed, it's completely meaningless.  Other nuclear nations might sign such a thing for political points, but they'll still have their secret nuclear arsenals.The world is not the utopian fantasy you wish it to be, it is the real world as it actually is.

Re: If Hollywood Workers Strike, the Entertainment Industry Will Grind to a Halt

Striking workers would include almost everyone who works on a film set besides directors, writers, and actors. In show business, we use the term “below the line” to describe this group, which includes camera operators, grips, costumers, script supervisors, writers’ assistants, set decorators, and many more. The term comes from the actual positions of names on call sheets, where directors, writers, and top-billed acting talent are placed “above the line.” Without “below the line” workers, the films and shows you watch would never get made.

Let’s support our sisters and brothers who help bring us all that great entertainment we all regularly enjoy. #Solidarity

People need to remember that union carpenters don't work 40 hr weeks for 52 weeks. They need good wages and benefits to make it through when there is no work. But their skills are the top of their field.

Re: The NIMBY Threat to Renewable Energy

I'm wondering about the article's choice to name-call residents "NIMBY" rather than focus on making progress in doable ways. Vermont is known for common ground solutions like accelerated EE, local/community power and helping customers go off grid.

If the goal is shutting down coal plants, reducing demand is a proven technique whereas the effect of adding utility scale renewables is diluted and hard for customers to count on. I was confused by the detailed portrayals of the individuals and then labeling them.

The author assumes the only way to intigrate alternate energy (AE) is to tie into the existing centralized grid. This is not the only way, and, in many cases, is the least efficient way to utilize AE generated power.

Back when large power plants were the only option, the electric grid was the only way to distribute that power. Problem is that, especially in rural areas, maintaing mile after mile of distribution lines is not only very expensive but also not very efficient (line loss) nor dependable (storms, fires, etc). Small scale individual systems solve these problems.

Of course residential electric use is a minor part of overall consumption and commercial users, long used to discounted power costs, will need to be encouraged to spend the money on their own systems.

We started building our first off grid house in 1976 and have been off grid ever since. We started a company that designed, installed and maintained wind and solar electric systems, so i can speak from experience what works and what does not...

Yes, this sounds good for those living in those apartments--if the Constitutional Court allows it to go through. But there is something perverse about buying back privatized apartments at inflated prices winch will make for massive profits for the current owners. And as many have argued, the €26-31 million that this is projected to cost will do nothing to increase the supply of housing in Berlin and might be better used to build new communal and cooperative housing projects that would actually provide more housing for Berliners while reducing the shortage that has driven rental prices through the roof. The great successes of Red Vienna and Berlin in the 1920s came from building new social housing, not from expropriating already existing housing. 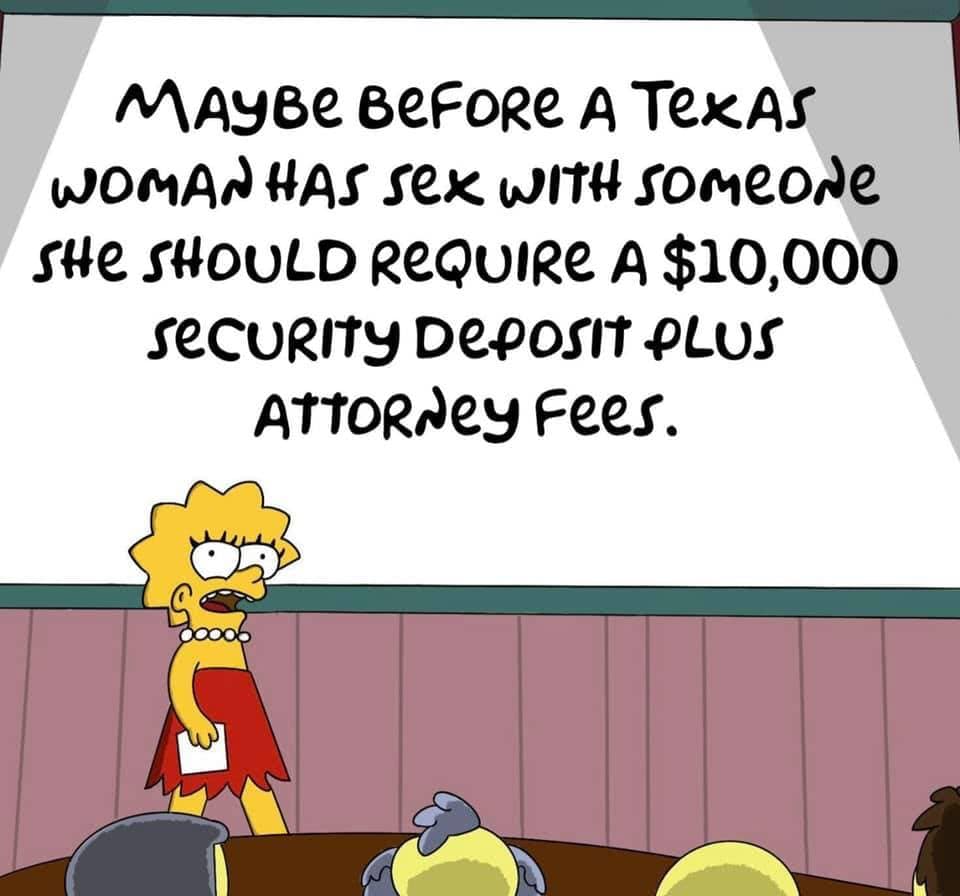 Shortly before 5 p.m., the first district results arrived at Graz City Hall: In 79 of 275 counted districts, the KPÖ was with almost 30 percent clearly ahead of the mayor's party ÖVP, which won 25 percent of the valid votes cast. There were also increases for the Greens (17 percent). The far right FPÖ and social democratic SPÖ were even at around ten percent.

The Austrian Communist Party has failed to follow the lead of the Communists in Graz and has had a dismal record in Austrian elections. But the increasing success of the Graz Communists reinforces my feeling that something must be very wrong with the German Linke Party's approach to politics--one that has cost them half of their voters at a time when, as the Graz Communists have shown, there is a great opportunity for expanding the constituency for real leftist politics in the German speaking countries. 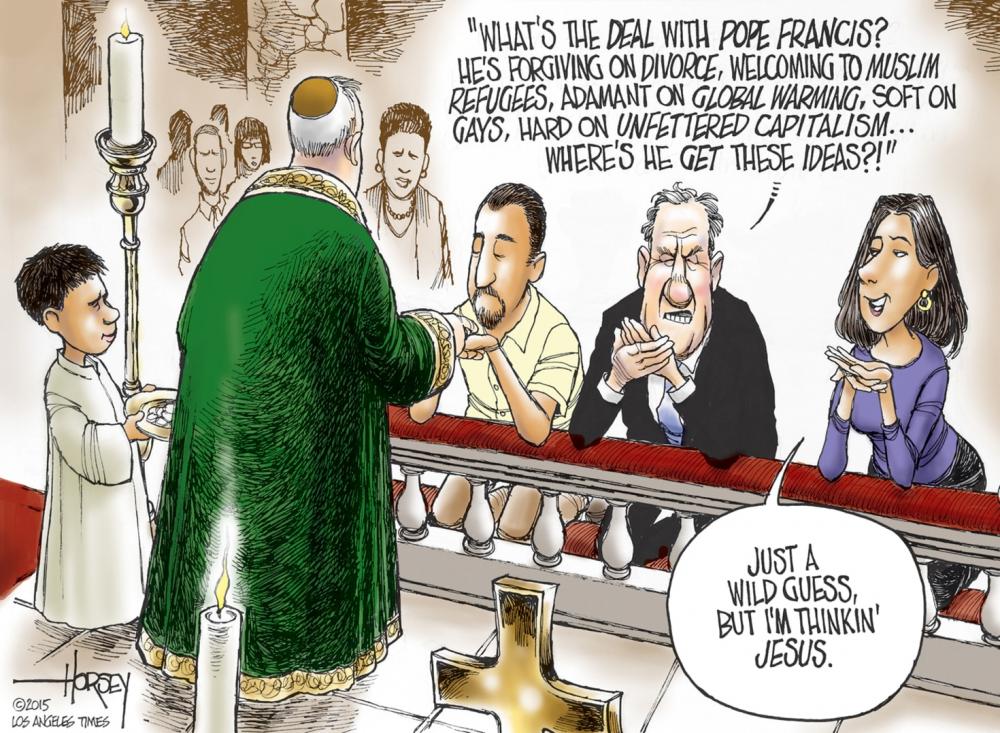 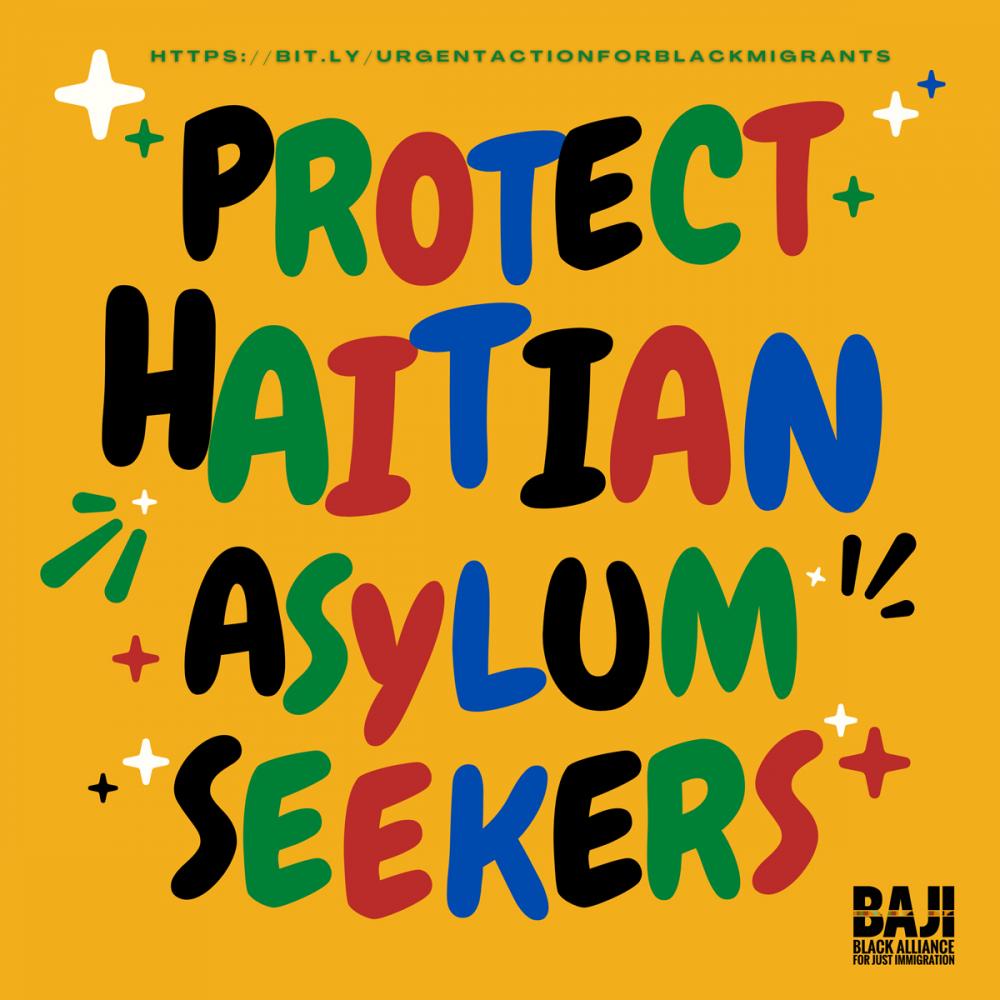 Black asylum-seekers have been seeking asylum in the U.S. by way of the U.S./Mexico border for over a decade. There was a dramatic increase in the number of Black asylum-seekers at the border – primarily Haitians – after the devastating earthquake in 2010. Thousands of Haitians fled their country and sought refuge in countries throughout the region, including Brazil, Venezuela, and Chile whose governments at that time were open to receiving them. Dire political and resultant economic changes in those countries have forced Haitians who had escaped there to move again. This time, they head toward the U.S. Once again, thousands of Haitians were on the move, traveling through ten countries and eleven borders to seek asylum in the U.S. By 2019, African asylum-seekers joined the movement of Haitian and indigenous asylum-seekers in making the treacherous journey through jungles, rivers, and along the way experiencing police violence, detention prisons, rape and robbery. 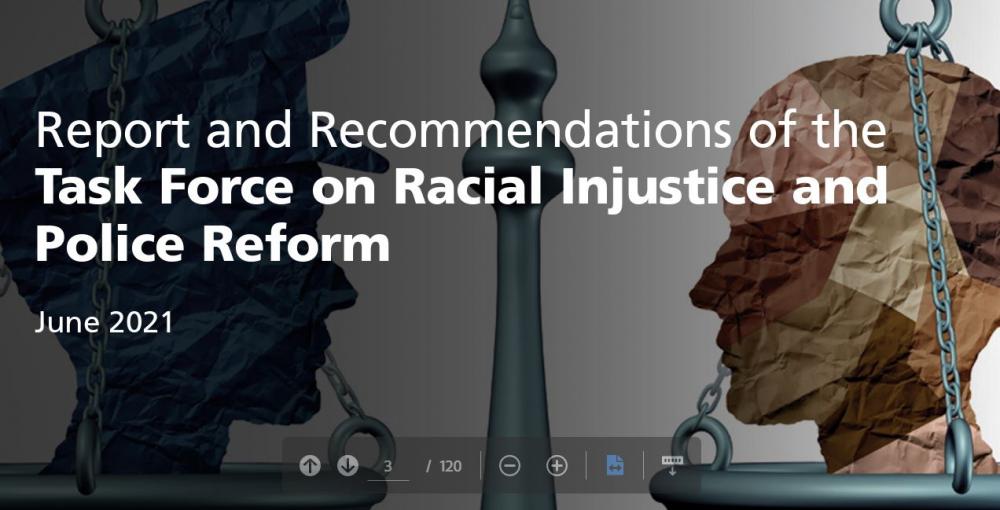 Here is  the comprehensive report issued by the New York State Bar Association Task Force on Racial Justice and Police Misconduct. This 111 page report is the product of several public hearings and investigations into the epidemic of police racially motivated killings of unarmed Black citizens that gave rise to the largest civil rights demonstrations in our nation's history. It deserves wide circulation and examination.

The Center for Constitutional Rights stands with social justice movements and communities under threat—fusing litigation, advocacy, and narrative shifting to dismantle systems of oppression regardless of the risk. 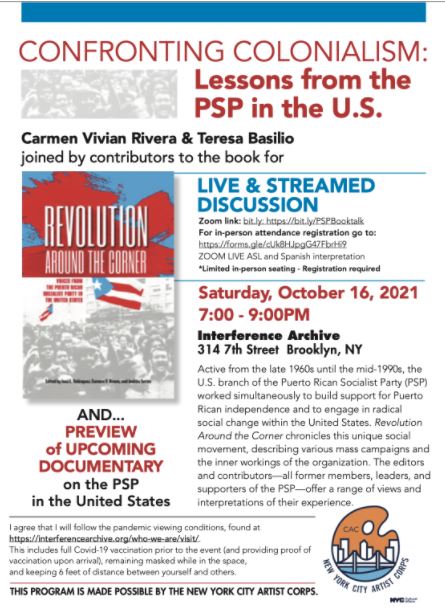 Media workers, journalists and writers are organizing in record numbers. Why is this happening now and what are the issues driving this movement? Join us for a panel discussion with speakers involved on the front lines of this organizing. 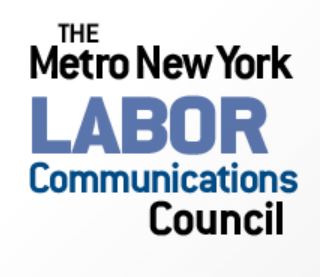 Journalists, writers and media workers are organizing in record numbers. Why is it happening now and what are the issues driving this movement? Join us for a panel discussion with speakers who are on the front lines of this surge in organizing.

Moderator:
Steven Greenhouse is an award-winning freelance journalist and writer. He was a reporter for the New York Times from 1983 to 2014 and covered labor and the workplace for nineteen years there. His latest book, “Beaten Down, Worked Up: The Past, Present & Future of American Labor,” is now out in paperback. 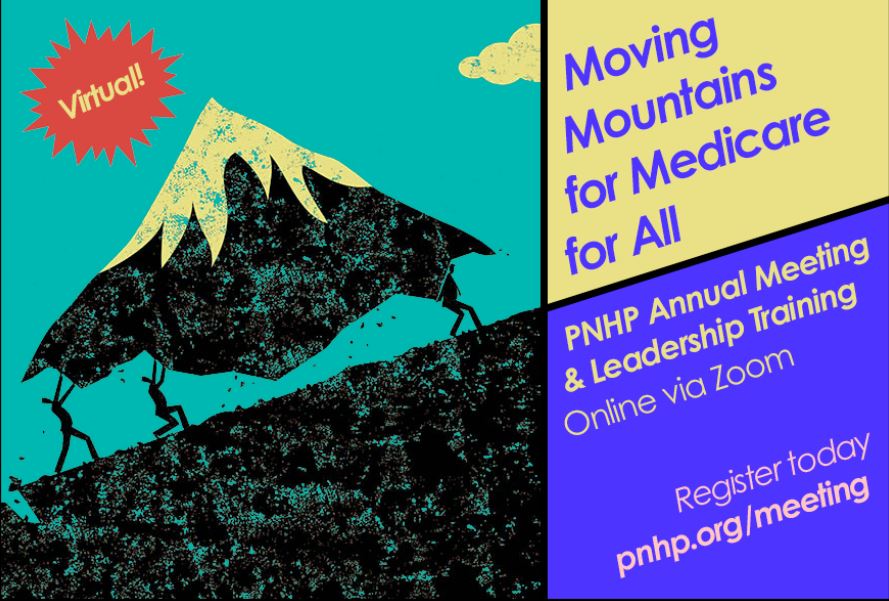 I’m excited to announce the full lineup for this year’s Annual Meeting, “Moving Mountains for Medicare for All,” which will take place virtually on Friday, Oct. 22 and Saturday, Oct. 23, with both interactive and pre-recorded sessions scheduled for each day of the preceding week.

You must register in advance to participate in the live sessions and access the recordings.

Registration is $35 and includes access to all live events, plus access to slide sets and recordings of all sessions. For $70, you can register for yourself and sponsor a SNaHP student to attend free of charge. If you’re able, please consider registering at the $210 level, which includes your registration plus sponsorship of a student chapter viewing party.

This year’s keynote speaker is Dr. Rupa Marya, an Associate Professor of Medicine at UCSF and faculty director of the Do No Harm Coalition, an organization of health workers committed to structural change to address health problems. Her research interests include investigating the health effects of police violence on communities, and the impact of urban regenerative agriculture on the health of historically oppressed people. Dr. Marya is also a member of the Healthy California for All Commission, where she brings her perspectives on equity to the dialogue around single-payer health care in California.

Visit pnhp.org/meeting for additional updates to the program, including details on how to participate in our Leadership Training and Member Interest Group sessions.

I look forward to gathering with you for a weekend of learning, strategizing, discussion, and inspiration. If you’re ready to Move Mountains for Medicare for All, REGISTER today and join me online Oct. 22 and 23.

Physicians for a National Health Program