If you watch television, or films, you should think about who is making them and under what conditions. Eighteen-hour workdays, no lunch breaks. Car accidents caused by sleep deprivation. A crew member who returned to set the day after a miscarriage. 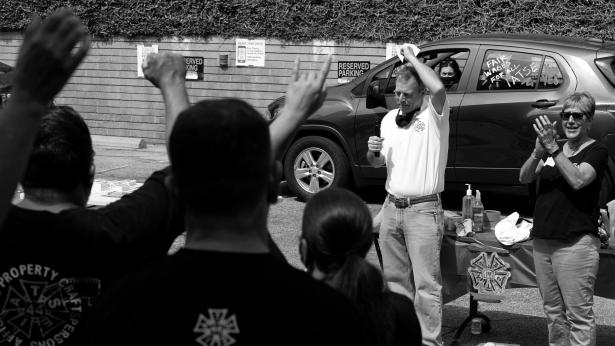 For months, members of a union representing more than 150,000 behind-the-scenes workers in the entertainment industry have shared hundreds of these stories on social media—anonymous testimonies about the grueling conditions on TV and film sets. This week that union, known as the International Alliance of Theatrical Stage Employees (IATSE), achieved a historic milestone: In a near-unanimous vote, it authorized a strike—one that could halt all Hollywood productions for the foreseeable future. 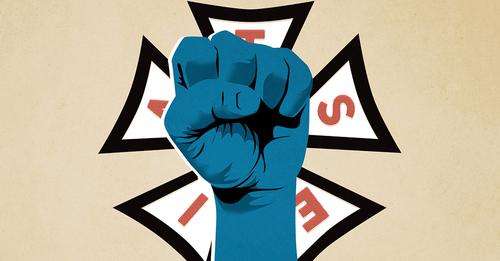 Low pay and overwork is nothing new in the industry, Kate Fortmueller, an assistant professor of entertainment and media studies at the University of Georgia, told me this week. Fortmueller’s research focuses on Hollywood’s labor practices and, to her, the IATSE vote is the “culmination of years” of efforts by crew members to improve conditions. Conversations about harmful filmmaking culture have flared up in the past, most notably in 1997, when the death of a cameraman in a car crash after a 19-hour workday inspired a lawsuit and a petition for a 14-hour work limit. But such discussions eventually fizzled. Visibility for workers such as camera operators, costume designers, and production assistants simply couldn’t hold Hollywood’s—or the public’s—attention.

This year could mark a turning point, however. The pandemic changed the entertainment industry, restricting productions, encouraging negotiations over safety precautions, and forcing expensive (and visible) compromises. “Nobody foresaw a Marvel movie going straight to streaming,” Fortmueller said, referring to Black Widow’s release on Disney+, which prompted the film’s star, Scarlett Johansson, to sue its studio, Disney, over lost profits (they later settled). “Everything has to recalibrate … Everyone’s figuring out their relative power here.” For now, the union is still negotiating a new contract with the Alliance of Motion Picture and Television Producers, which represents major production companies. (In a statement, the AMPTP said it “remains committed to reaching an agreement that will keep the industry working.”) I spoke with Fortmueller about this labor fight’s historical parallels, Hollywood’s ruthless work culture, and how a strike would affect viewers at home. Our conversation below has been edited.

Shirley Li: What was your reaction to the union’s historic vote?

Kate Fortmueller: I mean, the 90 percent response rate is stunning. During the last major Hollywood crew strike, in 1945, the unions representing set decorators clashed over which one would negotiate for them. Their infighting resulted in violence, but this week’s strike-authorization vote clearly shows tremendous solidarity within IATSE. If you look at the history of Hollywood strikes, many of the early ones were over compensation and working conditions on set, but since the ’60s, all of the strikes have been over residuals. This is a return to the early ’20s and ’30s, when workers were fighting for safe conditions. It’s interesting, in 2021, that we are returning to those same conversations.

Li: The “safe conditions” workers are fighting for now, including lunch breaks and time off, are things people in other industries take for granted and, as you’ve noted, have been raised as issues for years to no avail. What do you think is behind this current shift in focus?

Fortmueller: Pre-pandemic, a lot of people were predicting that the Writers Guild of America [which represents Hollywood’s writers] was going to strike in spring of 2020. People were predicting that there would be a potentially contentious negotiation because all of these studios were launching streaming services in 2020, and so obviously they were going to have to hash out these [revenue] rates. And then the pandemic hit.

Since then, everyone has had a lot of time to sit and think about the things that we do for our jobs. In Hollywood, productions weren’t happening, so people who work on set were at home a lot more. Because this work is freelance, you have to hustle for your next job and maybe not take breaks between jobs. It’s feast or famine. So I think not being able to work left people time to reflect a bit on work conditions.

Li: What are some of those conditions for below-the-line crew members? What are the hidden costs to the shows and films people watch?

Fortmueller: There are people who have died from car accidents, so in the worst-case scenarios, the hidden cost might be somebody’s life. These unpredictable hours are bad for marriages, bad for long-term partnerships, for being present in your child’s life. There are serious health ramifications associated with sleep deprivation. I have former students [who now work in the industry] who have told me about foot issues they developed from standing all day on set, and they’re not even 25. So these are young people who are experiencing physical issues as a result of these long and intense days. It’s really a question of, Is it worth it?

Li: From what’s been reported about the contract negotiations so far, it seems both crew members in the union and production companies want to reach an agreement—no one wants to stop the industry from working. So what’s the holdup?

Fortmueller: There’s always money [to afford union-set fees meant to protect workers]. If you go long on a day, or over a certain amount of hours for filming, there’s a fee associated with it, so studios build that into the budget. They don’t care. They’ll pay the fine. There’s a degree to which [the AMPTP is] not totally antagonistic—they recognize especially the top-line talent that’s a part of these unions, and there’s more cooperation than it sometimes sounds like. But really, it’s at a breaking point in terms of the work conditions on set. The union won’t budge, and I personally think that they should absolutely be fighting for this.

Li: How might better work conditions affect Hollywood on the whole?

Fortmueller: Diversifying onscreen content gets a lot of attention, and we need to change the composition of who green-lights projects. But how do we shift Hollywood? Costume and makeup aside, many of the unions that are striking are commonly white-male-dominated industries. Who is excluded from doing an 18-hour day? These conditions privilege certain types of relationships and divisions of labor.

I think for all these issues that people care about—accessibility in Hollywood and diversity in storytelling—you need a production culture that can support a wider array of people participating in that work. And so a strike potentially can help change some of these deeply unhealthy work cultures that currently exist.

Read: What the ‘Hollywood Jim Crow’ looks like today

Li: The last time the general public saw images of Hollywood workers picketing was the 2007–08 writers’ strike. So what do you see as the potential result of a crew strike now? What should people expect?

Fortmueller: During the writers’ strike, crews didn’t have any more episodes to shoot, so there were shortened seasons. [This time] you, the viewer, might lose your week-to-week television [but] we’re also in a very different climate right now. If production totally pauses, and you have your Netflix subscription, there’s still a lot for you to watch. And distribution has been so crazy the past year and a half—there’s more TV and films on delay, so it’s not like you’re lacking in options.

Li: In that case, to zoom out a bit, why does it matter what’s happening in Hollywood at all?

Fortmueller: Hollywood has always had this contract, freelance culture and a very competitive workforce. If you’re thinking about the future of work, Hollywood is a model for the practices that currently exist [anywhere]. It’s part of a culture that does need to change.

A large part of why we’re returning to these conversations about work conditions is the influence of tech in Hollywood. The tech industry is known for its horrible working conditions. These companies are now getting involved in Hollywood, which is a unionized industry … I mean, if you watch television, if you watch films, you should think about who is making them and under what conditions. If you care about how your iPhones are made, and I think a lot of people do, you shouldn’t see this any differently.

[Shirley Li is a staff writer at The Atlantic​, where she covers culture.]