After the Virginia Disaster, the Democrats Better Get to Work

Now more than ever, they need to keep their focus and pass their agenda. But is that what they think? Democrats need to change the topic to what they have accomplished while in power. But of course they have to accomplish it first.

November 4, 2021 Michael Tomasky The New Republic
Printer friendly
After the Virginia Disaster, the Democrats Better Get to Work Published November 4, 2021 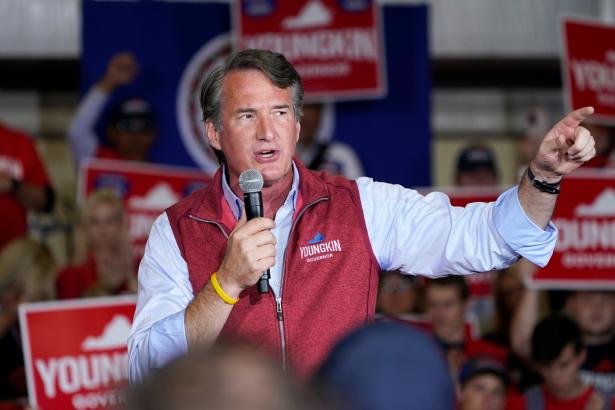 Yes, the entire Virginia gubernatorial election may have hinged on one sentence McAuliffe spoke at a September debate. Glenn Youngkin brought up the fact that McAuliffe had vetoed a bill that would have made Virginia the first state—before Mississippi, before any of them—to allow parents to block their children from reading books with sexually explicit material.

McAuliffe did veto that bill, it’s a fact. It became known in the commonwealth as the Beloved Bill, because much of the debate centered around the celebrated Toni Morrison novel that Youngkin’s campaign featured in a late-stage attack ad. Republicans controlled the state legislature at the time, and McAuliffe took an admirable stand. “This legislation lacks flexibility and would require the label of ‘sexually explicit’ to apply to an artistic work based on a single scene, without further context,” he said in his veto message.

So Youngkin raised that in the debate, and out of McAuliffe’s mouth tumbled these words: “I don’t think parents should be telling schools what they can teach.”

And that’s what done it. A day later, those words became an attack ad, and McAuliffe was forced to play defense from that moment on. Youngkin, meanwhile, made the rounds, promising to ban critical race theory, which isn’t taught in schools. Another ad, late in the election cycle, featured a woman whose son claimed to be traumatized by Beloved some years ago. That son, who grew up to be a lawyer at the Republican National Committee, said of the novel, “It was disgusting and gross.… It was hard for me to handle. I gave up on it.”

Poor lad. You know what else was disgusting and gross? Slavery. A mother driven so hopeless and helpless that she killed her daughter to save her from the horrors of slavery. That is what is depicted in Beloved. Things like that happened. They happened in Virginia. A state, by the way, that spent decades teaching its white children about the Lost Cause and that, in some places, shut down its public schools rather than integrate them.

I heard some people on CNN early on election night talking about Youngkin’s success in making the race about “education.” Riiiight. Education. This was about “education” in about the same way that the Colin Kaepernick controversy was about his haircut. This was about race. Education was just the arena that proved to be the handiest to use for yet another Republican to win an election on racial fear-stoking.

Were there other issues? Maybe. The pandemic played an outsize role, as did school closings, and people just being sick and tired of the virus and blaming Joe Biden for it.

The Democrats’ two-person failure on Capitol Hill was a factor. If not for you know who and you know who, two transformative bills would have passed a month or so ago, and McAuliffe could have spent the campaign’s closing weeks bragging about money for new roads, port improvements on the wing, and the coming advent of universal pre-K. But two selfish Democratic senators blocked that from happening.

So this was a particular set of circumstances, a true perfect storm: Congress, the pandemic, people’s kids, one deeply unfortunate malapropism, and race.

Still … Joe Biden won this state by 10 points. Ten. This wasn’t supposed to happen. And now Democrats are going to freak out.

On the one hand, they should. This is a devastating loss for them, and it gives huge momentum to the Republicans going into next year.

But on the other hand, they’d better learn the right lessons out of this. Here are a few.

First—actually, about first through fifth—they cannot let themselves be dragged into an endless intraparty debate about what they should do about critical race theory. This is the kind of thing the Democrats get sucked into, or suck themselves into, time and time again. Don’t do it.

This result in Virginia is a disaster, yes, but it doesn’t mean they should panic about this new wedge issue. Back in July, Reuters-Ipsos did a poll on all this and found that majorities, across party lines, think high school students should be taught about the history of slavery and racism. Among Democrats, 86 percent supported teaching about slavery, and 85 percent the history of racism. Among Republicans, those numbers were 73 and 58 percent. I’ve seen other similar polls that align with these findings.

In other words, in calmer contexts than media-intensive gubernatorial races, people have sane views on this topic. That doesn’t mean Democrats should go around making this their central issue. But it does mean they shouldn’t panic about it. What they should do about these issues is simply not utter stupid sentences at debates. Just say something that sounds balanced and reasonable and strikes some kind of bland middle ground, and then change the subject. I’ve read of cases where anti-racist instruction has gone over the top. It really should not be that hard for Democrats to say something like they support a thorough and true teaching of American history but oppose instruction that teaches that all white people are active accomplices in this country’s racial sins.

But after that, what should they change the subject to? Another big lesson: not to Donald Trump. Running against Trump when Trump is in retirement (for now) just doesn’t yield enough dividends. It’s crazy, but people’s memories are that short. Trump is just not taking up space in people’s brains the way he once was. And Youngkin is nothing like Trump in terms of his personality. Trump could very well end up the GOP nominee in 2024, which would obviously change the calculus. But Democrats are probably going to have a hard time putting Trump on the ballot in 2022.

Instead, they need to change the topic to what they have accomplished while in power. But of course they have to accomplish it first. If we’re worrying about the ramifications of McAuliffe’s defeat for the midterms, we should worry about the frightening paradox this drubbing confronts them with: McAuliffe’s defeat could increase the chance that Joe Manchin and/or Kyrsten Sinema (or now maybe a few nervous House moderates) throw in the towel on the Biden agenda, at the very moment when passing that agenda becomes mission critical.

If they pass that agenda this year, there’s still time for the pandemic to abate and inflation to come down. But Democrats need to understand that all of this could have been avoided. Their only chance of not living through a replay next November is to get to work.

[Michael Tomasky is the editor of The New Republic.]