The Smearing of Emma Watson

Emma Watson is part of a fast-growing choir of decent like-minded people of good faith all over the world, united in the belief that all people, irrespective of their ethnicity or religion or nationality, must have inalienable human rights... 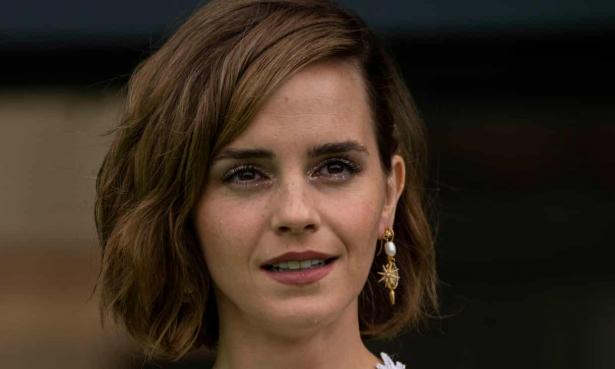 Anyone who has ever been critical of Israeli actions toward the Palestinian people knows what to expect next—an avalanche of pit-bull attacks and smears that their criticisms of Israel are motivated by racism and anti-Semitism. The latest example is the response to actress Emma Watson’s pro-Palestinian Instagram post, which led (predictably) to Israeli officials and supporters accusing her of anti-Semitism. Among many others, former Israeli UN Representative Danny Danon—in a tone-deaf post—wrote, “10 points from Gryffindor for being an antisemite.”

The purpose of such false accusations is of course to deflect attention away from what is happening on the ground—the real (war) crimes that Israel is perpetrating against the Palestinian people—to the supposed motivations of the critics. Unable to defend its criminal actions, all that Israel’s increasingly desperate defenders have left is smear and innuendo, as the attacks on Emma Watson make clear.

But the accusations may also have some other unintended consequences—they make real anti-Semitism (the right-wing fascist variety that really does hate Jews as Jews) more respectable and legitimate—and thus even more deadly. In that sense, the Zionist defenders of Israel are among the most dangerous purveyors of contemporary anti-Semitism—the hatred of Jews as a collective.

There are two steps to how these unintended consequences are blundered into.

First, there is the claim that Israel and Jewishness are the same thing—that Israel is not the state of all its citizens but is the state of the Jewish people alone. The nation-state law, passed in 2018—which gives Jews alone the right of self-determination in Israel, recognizing Hebrew as the sole official national language, and establishing “Jewish settlement as a national value”—makes the link between the Israeli state and Jewishness formal and official. Similarly, the widely adopted International Holocaust Remembrance Alliance (IHRA) definition of anti-Semitism cites one example as “the targeting of the state of Israel, conceived as a Jewish collectivity” and has a similar thrust—Israel equals Jews.

The second step is the increasing visibility of Israeli violence toward Palestinians. Although Israeli propaganda had succeeded for decades in deflecting mainstream attention away from Israel’s crimes, the cloak of invisibility created by its public relations efforts—its hasbara—is disintegrating before the force of reality, its own increasingly cruel and vicious actions, as well as the work of the growing number of pro-Palestinian activists around the world who are using the power of social media to bypass the normal media gatekeepers. While anyone with a passing knowledge of the situation has long known about the brutal matrix of violence and control—from the river to the sea—exerted by Israel over the Palestinian population, that understanding is now increasingly visible and mainstream. (As evidence of this, Emma Watson’s post quickly drew over 1 million likes.)

The problem for all of us, not just Israel, is when these two things are put together—the equation of Israel with Jews and the visibility of Israeli atrocities—then Jews as a whole become tarred with the crimes of the Israeli state. As the Israeli journalist Gideon Levy wrote in 2015, “Some of the hatred toward Jews elsewhere in the world—emphatically, only some and not all of it—is fed by the policies of the state of Israel and especially by its continuing occupation and abuse, decade after decade, of the Palestinian people.”

In this process, the danger is that actually existing anti-Semitism is being made more respectable as there seems to be some rational basis for it—Israeli atrocities. At a time when the real and dangerous anti-Semitism of the fascist right is on the rise—remember the white supremacist Charlottesville thugs were chanting “Jews will not replace us”—the last thing that is needed is to give it any sheen of respectability, as, albeit unwittingly, do those who insist on the indissoluble link between the brutal violence of the Zionist project and Jewishness.

Such a link is of course nonsense. Jews of all political stripes have long been on the front lines of the fight against the racist Zionist enterprise, insisting that it has no part in their own Jewish values based on a belief in universal—not particular—human rights. It is why groups such as Rabbis for Human Rights act as human shields against the attacks on Palestinians by settlers and the Israel Defense Forces. The fight against Israeli policies and Zionist violence is driven by the concerns of social justice and solidarity, not racism toward Jews.

Emma Watson is part of an exponentially fast-growing choir of decent like-minded men and women of good faith all over the world, united in their belief that all people, irrespective of their ethnicity or their religion or their nationality, must have inalienable human rights, including the right to life and liberty and self-determination, from every river to every sea everywhere. That includes the long-suffering people of Palestine. The attempted weaponization of anti-Semitism against this movement not only weakens the term as a description of real fascist racism, but in fact serves to legitimate it. If criticizing cruel Israeli policies toward the Palestinians is anti-Semitic, then what is so wrong with anti-Semitism, so this misguided line of thinking goes. As Robert Fisk once noted, “if this continued campaign of abuse against decent people, trying to shut them up by falsely accusing them of anti-Semitism, continues, the word ‘anti-Semitism’ will begin to become respectable. And that is a great danger.”

The solution to this is clear: break the erroneous link between Israel and all Jews (between Israel and Judaism) and concentrate on the reality that the Zionist enterprise is an old-fashioned settler-colonial project—driven in large part by the geopolitical interests of its principal sponsor, the United States. Once we eliminate the obfuscation and confusion that result from the lazy (but calculated) accusation of anti-Semitism, the building of an unstoppable international movement of justice for the Palestinians can continue. Let’s get to it!

[Sut Jhally is professor emeritus at the University of Massachusetts at Amherst and founder and executive director of the Media Education Foundation. Roger Waters is a musician.]