A time for serious reflection and careful observation 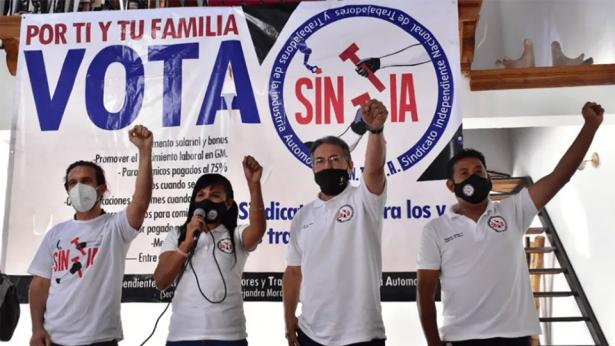 Cuba was and is undergoing a multifaceted crisis. To understand the current situation, it is necessary to consider diverse causal factors that cut across every sphere of social life.

In Italy, the absence of a left-wing party condemns civil society to inertia, both in the face of environmental threats and of present and future wars. The [Italian] Democratic Party, which the media, with contrived language, continues to call “leftist,” loyal to NATO, does not dare to move a finger to create a peace movement.

Auto workers at a General Motors plant in central Mexico delivered a landslide victory to an independent union in a vote held February 1-2. It's a major breakthrough for workers and labor activists seeking to break the vice grip of the employer-friendly unions that have long dominated Mexico’s labor movement.

We need to step into the current political climate and counter far-right protests, and get workers the income, housing and other social support they need.

A court in the city of Manzini granted bail to Colani Maseko, the president of Swaziland National Union of Students (SNUS) on Friday, February 4. Outside the police headquarters, protesters at the demonstration openly threatened to render the kingdom “ungovernable” until the release of Maseko and all other political prisoners of Africa’s last absolute monarchy.

The violence in May last year prompted by Israeli raids on al-Aqsa Mosque and attempts to expel Palestinian families from occupied East Jerusalem, seemed to breathe new life into armed resistance in Jenin. The camp is no stranger to violence, with a long history of confrontations with Israel that peaked in 2002, when a 10-day military campaign by Israel laid waste to it.

Portside note: This is an appreciation of Dora María Téllez Argüello, a former commander in the Sandinista Front and Nicaraguan Health Minister in the first Ortega government, written by Ortega’s first Vice President. Last week Téllez was tried and convicted of conspiracy to undermine national integrity, amid international outcry.

During this period the Party conducted various movements and struggles, against the impact of neo-liberal policies; sharpening of communal polarisation with the spread of hate and violence; with the struggles to defend democratic rights and civil liberties of the people, and in support of the various strikes/protest actions called by the trade unions and other mass organisations.