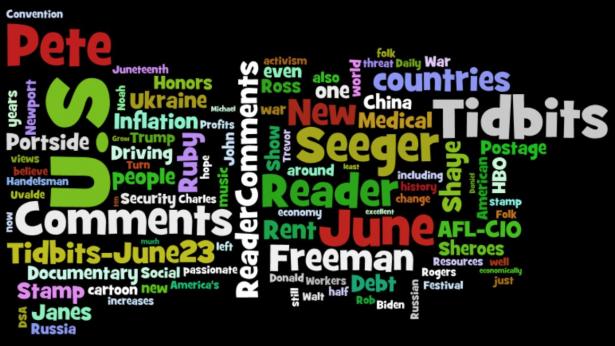 Sheroes of Democracy - Miss Ruby and Shaye Moss
Re: Uvalde Reveals Hollywood’s Deeply Flawed Take On the Police (Kentucky Alliance Against Racist and Political Repression)
Demographics  --  cartoon by Rob Rogers
Re: How the US Could Lose the New Cold War (David Raun)
Re: John Eastman Spills the Deets on His Pal Ginni (Dean Bergman)
Re: Sick and Struggling To Pay, 100 Million People in the U.S. Live With Medical Debt (Eleanor Roosevelt; Rachelle Kivanoski)
How to Arm Teachers   --  cartoon by Walt Handelsman
Re: Skyrocketing Rent Is Driving Inflation (Daniel Millstone)
Teaching About Juneteenth  --  Trevor Noah on The Daily Show
Re: Joe Biden Has Picked a Longtime Social Security Privatizer To Oversee Social Security (Stan Nadel)
Re: AFL-CIO Unveils Plan To Grow but Some Union Leaders Underwhelmed (Jay Mazur; Jacq Bailey; Marilyn Albert; Marshall Blake; Len Shindel; Michael Dawson)
Re: Man Bites Dog: Mega-Corporation Says It’s OK With Its Workers Unionizing (Jeff Engels)
Re: An American History of the Socialist Idea (Aaron Libson)
Re: Why Russian Intellectuals Are Hardening Support for War in Ukraine (Charles)
Re: DSA Debates Show Growing Pains (Tom McCarthy)
Re: HBO’s New Documentary Is About the Early 1970s, but It Couldn’t Be More Timely (Jo Oppenheimer; Walli Ann Wisniewski)
Re: I Tell My Son To Cover Himself in Someone Else’s Blood (Buzz Davis) 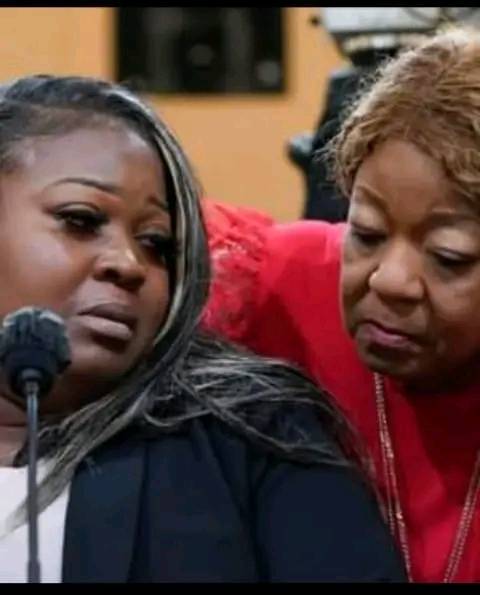 Re: Uvalde Reveals Hollywood’s Deeply Flawed Take On the Police

The murder of George Floyd fueled the largest demonstrations for justice, liberation, and transformative policy change in American history. We are now living through a period of backlash to that moment. Juneteenth calls us to the work that remains. 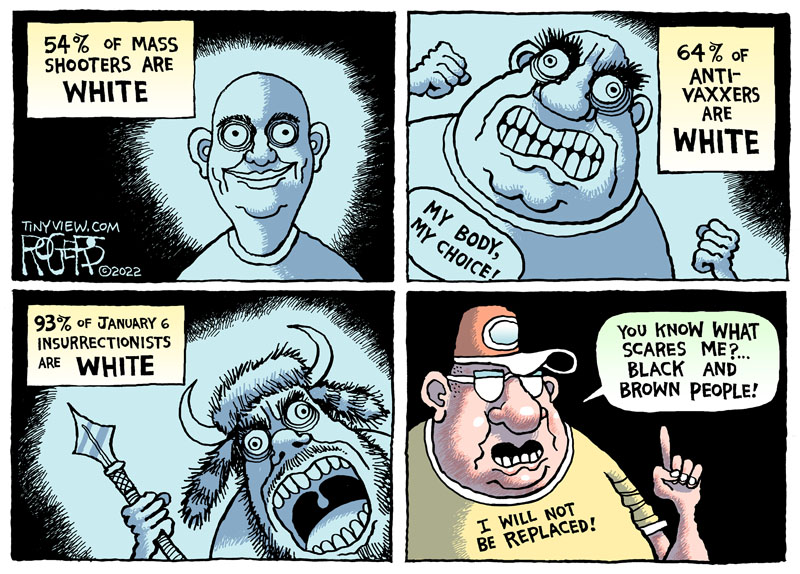 Re: How the US Could Lose the New Cold War

For two decades after the fall of the Iron Curtain, the U.S. was clearly number one. But then came disastrously misguided wars in the Middle East, the 2008 financial crash, rising inequality, the opioid epidemic, and other crises that seemed to cast doubt on the superiority of America's economic model.

Moreover, between Donald Trump's election, the attempted coup at the U.S. Capitol, numerous mass shootings, a Republican Party bent on voter suppression, and the rise of conspiracy cults like QAnon, there is more than enough evidence to suggest that some aspects of American political and social life have become deeply pathological.

Of course, America does not want to be dethroned. But it is simply inevitable that China will outstrip the U.S. economically, regardless of what official indicator one uses. Not only is its population four times larger than America's; its economy also has been growing three times faster for many years (indeed, it already surpassed the U.S. in purchasing-power-parity terms back in 2015).

While China has not done anything to declare itself as a strategic threat to America, the writing is on the wall. In Washington, there is a bipartisan consensus that China could pose a strategic threat, and that the least the U.S. should do to mitigate the risk is to stop helping the Chinese economy grow. According to this view, preemptive action is warranted, even if it means violating the World Trade Organization rules that the U.S. itself did so much to write and promote.

This front in the new cold war opened well before Russia invaded Ukraine. And senior U.S. officials have since warned that the war must not divert attention from the real long-term threat: China. Given that Russia's economy is around the same size as Spain's, its "no limits" partnership with China hardly seems to matter economically (though its willingness to engage in disruptive activities around the world could prove useful to its larger southern neighbor).

But a country at "war" needs a strategy, and the U.S. cannot win a new great-power contest by itself; it needs friends. Its natural allies are Europe and the other developed democracies around the world. But Trump did everything he could to alienate those countries, and the Republicans—still wholly beholden to him—have provided ample reason to question whether the U.S. is a reliable partner. Moreover, the U.S. also must win the hearts and minds of billions of people in the world's developing countries and emerging markets—not just to have numbers on its side, but also to secure access to critical resources.

In seeking the world's favor, the U.S. will have to make up a lot of lost ground. Its long history of exploiting other countries does not help, and nor does its deeply embedded racism—a force that Trump expertly and cynically channels. Most recently, U.S. policymakers contributed to global "vaccine apartheid," whereby rich countries got all the shots they needed while people in poorer countries were left to their fates. Meanwhile, America's new cold war opponents have made their vaccines readily available to others at or below cost, while also helping countries develop their own vaccine-production facilities.

The credibility gap is even wider when it comes to climate change, which disproportionately affects those in the Global South who have the least ability to cope. While major emerging markets have become the leading sources of greenhouse-gas emissions today, U.S. cumulative emissions are still the largest by far. Developed countries continue to add to them, and, worse, have not even delivered on their meager promises to help poor countries manage the effects of the climate crisis that the rich world caused. Instead, U.S. banks contribute to looming debt crises in many countries, often revealing a depraved indifference to the suffering that results.

Re: John Eastman Spills the Deets on His Pal Ginni

The sooner we are rid of him the better.

Re: Sick and Struggling To Pay, 100 Million People in the U.S. Live With Medical Debt

This is an excellent analysis of the devastating impact of the relentless greed of the health care industry. A compelling argument for Medicare for All.

How to Arm Teachers   --  cartoon by Walt Handelsman 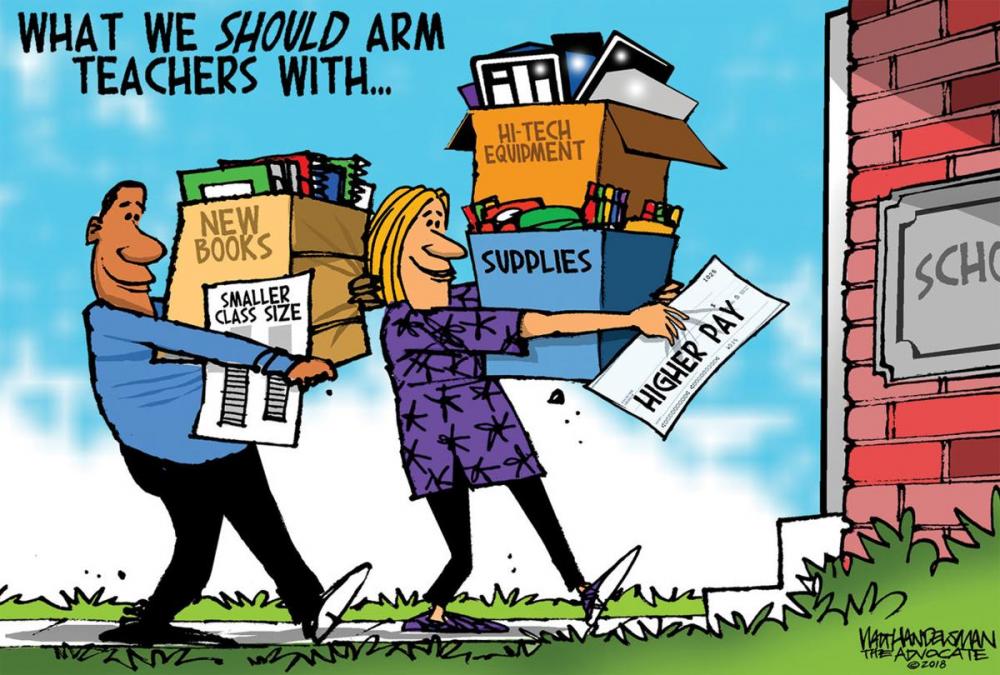 Re: Skyrocketing Rent Is Driving Inflation

The rent is too damn high. Most of us are not earning enough to pay it. Eric Adams' Rent Guidelines Board endorsed increases not related at all to cost increases. Adams supports rent increases because (says he) he is concerned about "mom & pop" landlords but the big winners are his real estate contributors. Brad Lander [New York City Comptroller] explains. Try his statement: 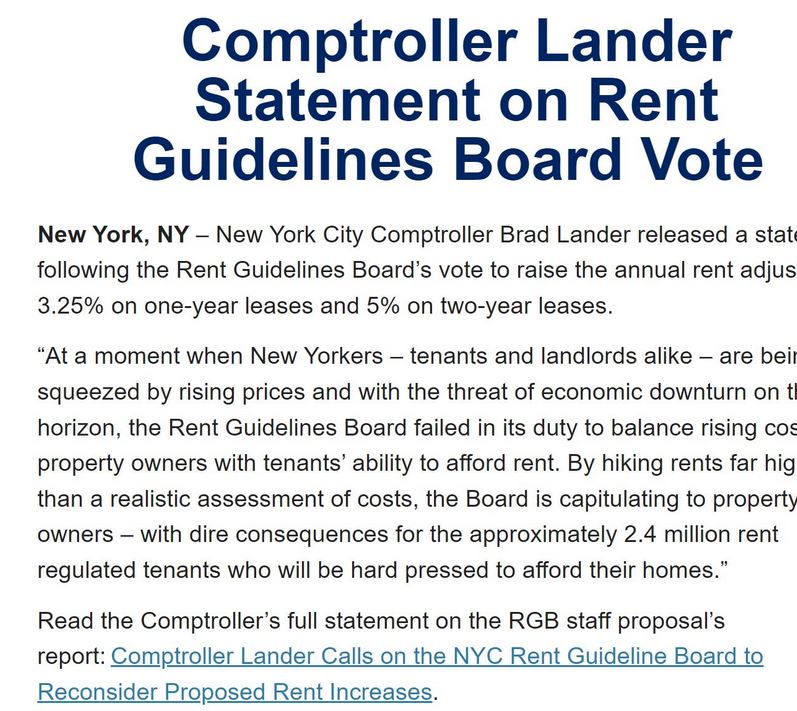 Teaching About Juneteenth  --  Trevor Noah on The Daily Show 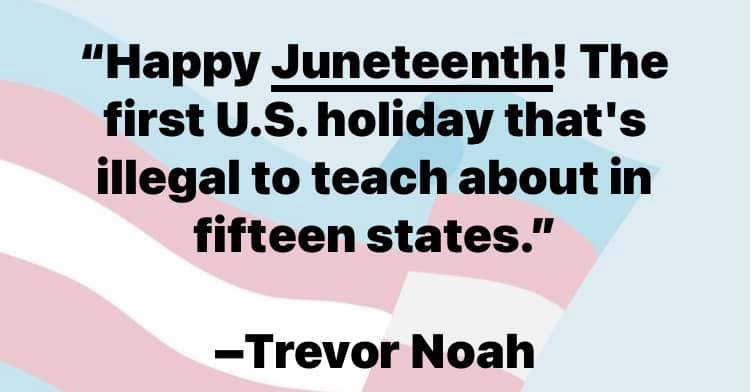 well it is a seat reserved for a Republican, so how much wiggle room did Biden have?

Re: AFL-CIO Unveils Plan To Grow but Some Union Leaders Underwhelmed

So the leadership of the AFofL-CIO is hoping to reverse their decline and grow one percent annually for the next ten years. It's a very modest goal, which we have no reason, at present, to believe will be realized.

Look around you Liz!!! a million in TEN years? Incremental change again! The nation might not even exist in ten years.

I feel an urge to check what John Sweeney said about organizing goals in 1995....leaving Amazon and Starbucks workers out of the convention because they are not in an Affiliate reflects AFLCIO longstanding narrowness.

View this plan as the glass half full or half empty. I prefer to see it as half full.

As if the style of organizing were the problem. Labor law is the obvious problem. In this society, you have to organize Starbucks one store at a time! Mr. Moneybags is giggling his backside off at that one.

Hard to believe but if it’s true that would be great for one of our Washington State Powerhouses to do the right thing and not undermine their Workers Right to Organize free of intimidation!

Re: An American History of the Socialist Idea

In the 1870's at a joint session of Congress they debated whether the U.S. should go capitalist or socialist.

Re: Why Russian Intellectuals Are Hardening Support for War in Ukraine

This is such contorted logic, but indicative of how effective the pro-Putin policy propaganda actually is.  For those who now fear that the US is using Ukraine as a vehicle for destroying the Russian state, it was Russia that attacked Ukraine in the first place, and yet vast millions in Russia seem completely devoid of any of this.

They really believe the narrative that this is a "rescue" humanitarian mission to liberate Ukraine from a Nazi regime, and that the Nazi regime is now being fueled by the US and NATO to destroy Russia.  Not even George Orwell could dream up something this bizarre.

I have often found liberal cancel culture to be hostile to actual left progressive principles. So their candidate supported privatizing charter schools, but because they were of color, anyone who criticized was attacked and insinuated as a racist. Interesting article raises the question of what are DSA core principles or is it simply a big tent organization of people who call themselves socialist?

Re: HBO’s New Documentary Is About the Early 1970s, but It Couldn’t Be More Timely

I have seen The Janes, an excellent documentary.

In the 60s, I lived in NYC and was part of a small group that ferried women to Pennsylvania for illegal abortions. The abortionist was a medical doctor who believed in the right of women to choose and have a safe, medical abortion. Unlike the Janes, we were not well organized but just a few people, including men, who sporadically provided transportation and occasionally funds.

I just learned about this group through NPR. Fascinating.

Re: I Tell My Son To Cover Himself in Someone Else’s Blood

It is a sad world we live in when people for forces by their being to write these things.

The men who play with people lives should be the first ones to lose theirs.  But they never are.

Peace and NEGOTIATIONS AND DIPLOMACY!

Vets for Peace in Tucson 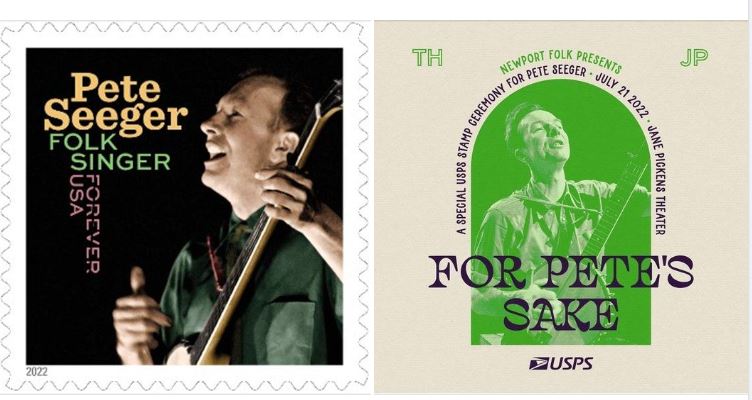 The new Pete Seeger Stamp will be officially unveiled on Thursday, July 21 with a special USPS stamp ceremony hosted by Newport Folk Festival at the Jane Pickens Film and Event Center in Newport, Rhode Island.

The stamp art features a color-tinted black-and-white photograph of Pete singing and playing his banjo in the early 1960s, by Dan Seeger, Pete’s son.

In celebration of this well-deserved honor, the following video features Pete, at age 87, sharing some of his most beloved folk classics and his views on hope, passionate activism, the importance of thinking for oneself, and how music can unite us all.

Click the link below to experience Pete Seeger and the power of song.

Pete Seeger - A Performance of His Most Beloved Folk Classics 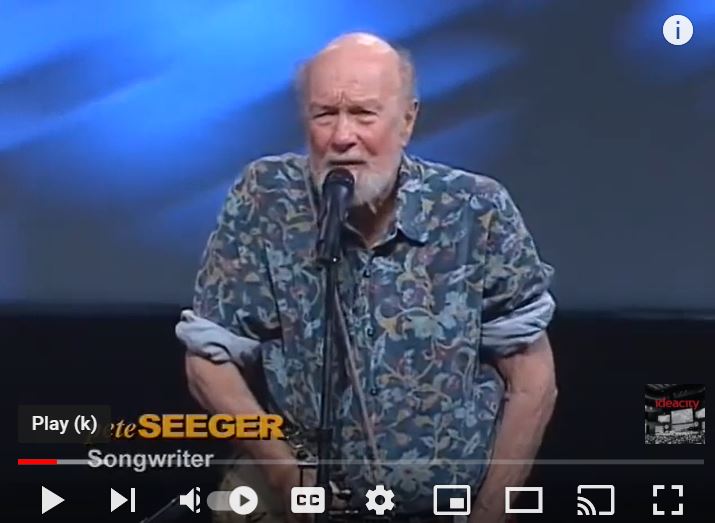 Here, at age 87, Pete Seeger shows us he's still, as Moses puts it, "agitating, and active as all get out." Between performances of his work, including passionate renditions of "Turn, Turn, Turn" and "We Shall Overcome" (both of which have impressive and uplifting audience accompaniment), Seeger comments on his ideas for the future, his views on hope, passionate activism, the importance of thinking for oneself, and how music can unite us all. when he shared his views on hope, and some of his most beloved folk classics.