What happened to Angola, and other reports from a burning world 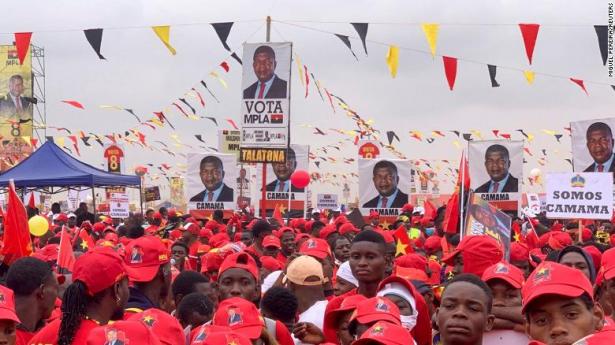 Supporters of Angola's President and leader of the ruling MPLA Joao Lourenco attend their party's final rally in Camama, on the outskirts of the capital Luanda, on August 20, 2022. Credit,CNN

The Israeli army routinely breaks in to Palestinian homes, intimidates Palestinians and takes them from their families. Amid this backdrop, Jenin in recent months has been challenging the status quo, turning every Israeli incursion - and there have been dozens this year - into a battle.

Myanmar’s civilian National Unity Government (NUG) has called on international organizations to support their endeavours to achieve justice and peace for the country’s persecuted Rohingya ethnic minority. The NUG also expressed great shame over the historic exclusionary and discriminatory policies, practices and rhetoric against the Rohingya and other ethnic groups.

As many parts of Asia are going through the monsoon season, people and communities are experiencing extreme impacts of an ever escalating climate crisis. The people of Pakistan need our financial support, as well as the intensification of our collective efforts to demand climate and economic justice!

The long-time general coordinator of the Center for Labor Research and Advocacy in México City has spent the last four decades tirelessly supporting workers looking to get out from under the corrupt company unions. México’s long history with unions that aren’t operating as true workers’ organizations has left workers with little experience in rank-and-file unionism to draw from.

Meaningful conceptualization of imperialism(s) in the current conjuncture demands that we neither overlook the substantial contradictions of ‘socialism with Chinese characteristics’, nor understate what many in the western Left have called the ‘New Cold War’ against China.

The new alliance, the Union of Socialist Forces, has resolved to put an end to the conservative rule in Turkey led by Erdoğan and the AKP, as well as defend secularism and withdraw from NATO.

Workers asked Jamaica’s labour minister to lobby the Canadian government to grant permanent resident status to all migrants on arrival, implement and enforce national housing standards, create an anonymous system to report abuse, among other measures to address the issues.