The Moment the U.S. Ended Iran's Brief Experiment in Democracy

Robert Scheer Huffington Post
If Iran is a problem, as the United States persistently and loudly insists, it is a problem of our making.
May 30, 2013 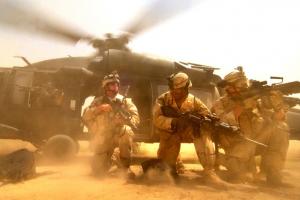 The deepening violence of the Syrian civil war is also in some measure a consequence of Libya: Qaddafi's disbanded army and unguarded weapons moved southward in Africa, but they also moved eastward to Asia. The state terror of the most "surgical" air war leaves in its wake many thousands of stateless terrorists.
Subscribe to U.S. intervention