New books and research in African American history and culture. Recent or soon-to-be published books, which the African American Intellectual History Society feels would be of interest to readers. Regrettably the cost for some puts these out of reach of many - but there is always your public or school library. Suggest that these be ordered. 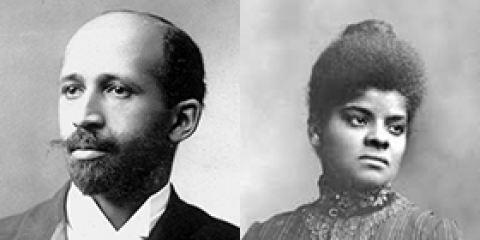 Below are new books in African American intellectual history soon to be published or already published within the last 6 months. A few of these are not historical works but will likely be of interest to our readers nevertheless. This is by no means a comprehensive list so please feel free to comment with your own recently published or forthcoming works as well as any other suggestions for works to include.

Douglas Field, All Those Strangers: The Art and Lives of James Baldwin (Oxford University Press, July 2015)

Shannon King, Whose Harlem is This, Anyway?: Community Politics and Grassroots Activism during the New Negro Era (NYU Press, July 2015)

Gary Murrell, "The Most Dangerous Communist in the United States": A Biography of Herbert Aptheker (University of Massachusetts Press, August 2015)

A Yemisi Jimoh and Françoise N. Hamlin, eds. These Truly Are the Brave: An Anthology of African American Writings on War and Citizenship (University Press of Florida, September 2015)

Ed Pavlic, Who Can Afford to Improvise?: James Baldwin and Black Music, the Lyric and the Listeners (Oxford University Press, October 2015)

Kenneth Janken, The Wilmington Ten: Violence, Injustice, and the Rise of Black Politics in the 1970s (University of North Carolina Press, January 2016)

Manisha Sinha, The Slave's Cause: A History of Abolition (Yale University Press, February 2016)

[Christopher Cameron is an Assistant Professor of History at the University of North Carolina at Charlotte. His research and teaching interests are in African American and early American history, especially abolitionist thought, liberal religion, and secularism. His first book, entitled To Plead Our Own Cause: African Americans in Massachusetts and the Making of the Antislavery Movement (Kent State University Press, 2014).]

The African American Intellectual History Society Inc. (AAIHS) is a scholarly organization founded in January 2014 to foster dialogue about researching, writing, and teaching black thought and culture. African American intellectual history is a growing and thriving subfield and we believe that the AAIHS and its blog can play a role in fostering that growth for years to come. We are open to scholars in all disciplines, including but not limited to African American history, literature, philosophy, art, dance, and film. We likewise welcome scholars working on the African Diaspora.