Tidbits - February 4, 2016 - The Bernie Generation, Bernie and After, and Hillary; Clinton's Attack on Reconstruction; Flint; Syria; Books on Black Liberation; and more...

Reader Comments: The Bernie Generation, and Bernie and After, and Hillary; Clinton's Attack on Reconstruction; Backlash to Corbyn and Sanders; Flint, Racism, African Americans and the Criminal Governor Snyder; The Syrian Peace Talks; Announcements: Building on Bernie: What Comes Next; Migrant Labor in China: A Post-Socialist Transformation; #BlackLivesMatter - Books on Black Liberation 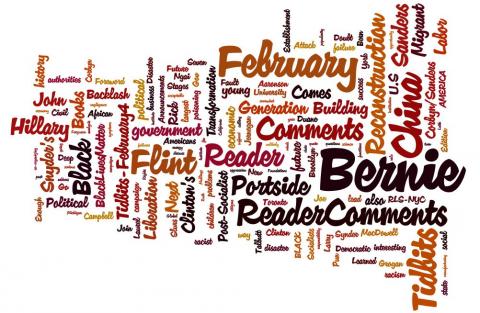 Tidbits, Reader Comments, and Announcements - February 4, 2016,Portside
Re: There is No Doubt that the Bernie Generation Is Our Political Future
Thanks for the info.  Up here in Canada, we are watching the future unfold with Bernie and hoping for his continued success.  Being somewhat realistic, I don't know what the future really holds.  As for young people, well they face many problems with the way the world has been harmed by my age group and others plus the crazy quest for $$$$$.  Good luck to all.
Joe Grogan
Retired prof., Humber College, 1969 to 2013/Toronto
====
Important views here including California voting history.
Duane Campbell
Posted on Portside's Facebook page
Re: What Can Be Learned from Hillary Clinton's Slurs Against Reconstruction
The post Civil War period of Reconstruction and the Civil Rights Era were the only two times in our history that mass political movements attempted to address and curtail systemic racism and institute measures of affirmative action for economic and social equality. Clinton attempts to paint Reconstruction as the cause of Jim Crow laws as most racist versions of history do. It is another way of blaming the victim for their oppression.
John Jernegan
Posted on Portside's Facebook page
Re: The Seven Stages of Establishment Backlash: Corbyn/Sanders Edition
This is an interesting analysis of the Corbyn/Sanders campaigns. It is not surprising that they have emerged given the corrupt bankruptcy of the political elites in both countries. It is an opportunity for the U.S. to shift direction, but it is also interesting that some Americans are also interested in Trump, who would be a disaster.
I think Hilary will win the nomination and probably the election. She is acceptable but unlikely to do anything to fix the problems.
Laurel MacDowell,
Toronto, Ontario
Re: Does the Bern Go Deep Enough?
The failures of Bear Stearns and Lehman Brothers were symptoms, not causes,  of the financial crisis.
John Talbutt
Re: The Flint Disaster if Rick Snyder's Fault
Blame, Shame and Judgments are due to Michigan Gov Rick Synder who turned the management over the regulatory matters of Flint water supplies to a business manager serious of protocols that were unanswerable to government authorities. Jeb Bush and Gov Synder are politicizing the toxic mess arguing that the fault lies with an ineffective government.
The arrogance and the racist conceit that the poorest citizens, the most impoverished and the most vulnerable and most disenfranchised peoples suffered irreparable damages.... Not only are the questions of criminal negligence to be determined, but more to the future point who is going to pay for the care and health of these young children as they grew up and the lead poisoning effects their cognitive functions...
To quote the article:
"But the Flint disaster, three years in the making, is not a failure of government generally. It's the failure of a specific governing philosophy: Snyder's belief that government works better if run more like a business.
No doubt, the federal Environmental Protection Agency deserves blame for failing to sound warnings more loudly and publicly, and for being too deferential to state authorities, once it learned last year that high lead levels in Flint were poisoning children.
But EPA had no role in the decisions that caused the problem, nor was it supposed to. That was entirely the responsibility of Snyder's administration and his appointees."
Larry Aaronson
Posted on Portside's Facebook page
The Syrian Peace Talks
The good news for Syrians is that peace talks have finally begun.
The "rebel delegation" is based in Saudi Arabia, which makes it as questionable in terms of how independent it can be, since Saudi Arabia has not only been firmly against Assad (no problem there, everyone has a right to chose a side, as Russia and Iran certainly have, on the side of the Syrian government), but Saudi Arabia has tended to have links with ISIS and, like Turkey, has not shown much interest in the struggle with ISIS.
There is general - I hope universal - horror at the violence, at the sieges of some rebel areas. The rebel delegation seems to be making demands (for an end of any Syrian government military action against the rebel forces and the release of prisoners) as a pre-condition for taking part in the negotiations.  But of course the whole purpose of serious negotiations is to bring those issues to the table - what the rebel delegation had asked for was that the Syrian government should make major concessions before the talks began.
In today's New York Times there is a helpful article which, if you follow it to the end, makes it clear that it is not only the Syrian government which is holding prisoners, and that the rebels had laid siege to the government held towns of Fouaa and Klarya. More disturbing (and part of the problem with the rebel delegation) is that according to the NY Times the rebel leadership is not sure that it can negotiate for the rebel military forces on the front lines.
The main thing is that at last the talks have begun. We have to hope for the best.
David McReynolds
Building on Bernie: What Comes Next - Brooklyn - February 12

Bernie Sanders' presidential campaign has captured the hearts and minds of a young generation with a distinctly different message: raising the specter of democratic socialism in the U.S. while calling for a people-based "political revolution."
Join the event "Building on Bernie: What Comes Next" that we are co-organizing with the Young Democratic Socialists (YDS). Speakers from Jacobin Magazine, Students4Bernie, the Democratic Socialists of America (DSA), and RLS-NYC will discuss how all of us can work to turn the fleeting energy of Sanders' campaign into a lasting movement for change.
Friday, February 12, 7pm
MayDay Community Center, 176 St. Nicholas Ave, Brooklyn
More information here.
In our latest publication, RLS-NYC Project Manager Ethan Earle explains Bernie Sanders' popularity in his state of Vermont and across the U.S.
BERNIE SANDERS' SOCIALIST AMERICA - Download here.
The Rosa Luxemburg Stiftung is an internationally operating, progressive non-profit institution for civic education.
ROSA LUXEMBURG STIFTUNG - NEW YORK OFFICE
275 Madison Avenue, Suite 2114 New York, NY 10016
info@rosalux-nyc.org - (917) 409-1040
Migrant Labor in China: A Post-Socialist Transformation - New York - February 23 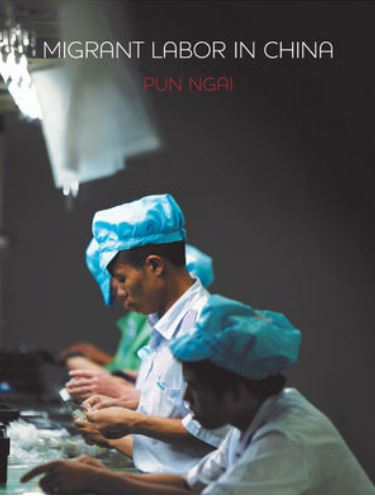 Tuesday, February 23, 2016
6:30pm-8:30pm
The Murphy Institute
25 W. 43 St, 18th Floor
New York
Join us for an important discussion with Pun Ngai, author of Migrant Labor in China, forthcoming in 2016 from Polity Press, moderated by Ruth Milkman, Research Director, Murphy Institute.
Long known as the world's factory, China is the largest manufacturing economy ever seen, accounting for more than 10% of global exports. China is also, of course, home to the largest workforce on the planet, the crucial element behind its staggering economic success. But who are China's workers who keep the machine running, and how is the labour process changing under economic reform?
Pun Ngai received a PhD from the School of Oriental and African studies at the University of London in 1998. She is currently a professor in the social science department at the Hong Kong Polytechnic University.  She has written extensively about labor and gender issues in China. Her book Made in China: Women Factory Workers in a Global Workplace was the winner of the C. Wright Mills Award in 2006. 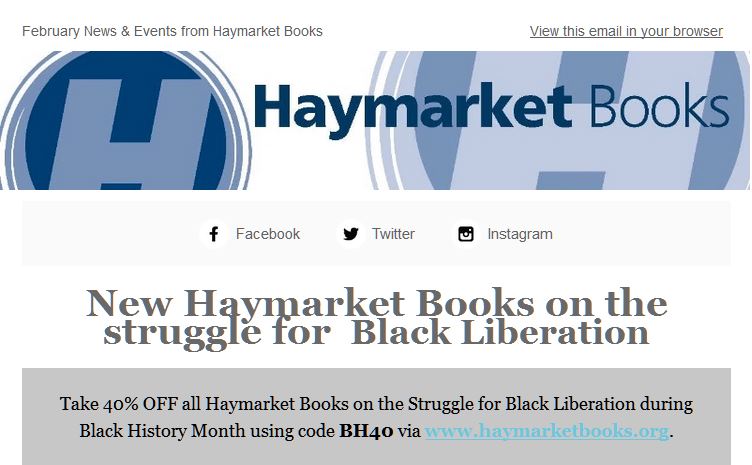 FROM #BLACKLIVESMATTER TO BLACK LIBERATION
By Keeanga-Yamahtta Taylor
FREEDOM IS A CONSTANT STRUGGLE: Ferguson, Palestine, and the Foundations of a Movement
By Angela Y. Davis; Foreword by Cornel West; Edited by Frank Barat
HOW CAPITALISM UNDERDEVELOPED BLACK AMERICA: Problems in Race, Political Economy, and Society
By Manning Marable; Foreword by Leith Mullings
Subscribe to Portside