Reader Comments: How Social Change Happens; Bernie, Hillary, Kissinger and Scalia; AFL-CIO Election Survey; DNC Lets Lobbyists Back In; Bernie as the Peace Candidate and Remembering 1972; Teaching - With Protest Music; Obama's Military Aid to Israel; Announcements - 50 Years After the Mississippi Summer Project; Slavery and the Making of American Capitalism; Labor for Bernie and Beyond - National Meeting; 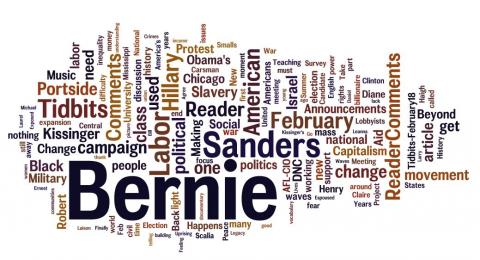 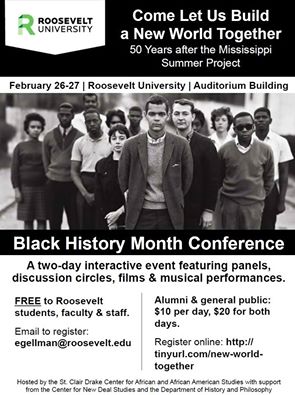 Email to register: egellman@roosevelt.edu
Slavery and the Making of American Capitalism - Long Island - March 19
Latin American and Caribbean Studies Program presents Edward E. Baptist, associate professor of history at Cornell University with a focus on the history of 19th-century United States, and in particular the history of the enslavement of African Americans in the South.
The expansion of slavery in the United States between the writing of the Constitution in 1787 and the outbreak of the Civil War in 1861 had enormous consequences for all Americans. Indeed, the expansion shaped many elements of the modern world, both inside and outside the borders of the United States.
His recent book, The Half Has Never Been Told: Slavery and the Making of American Capitalism, explores that process: the experience of the slave trades and forced migrations that drove expansion; the systems of labor that emerged; and the economic, political and cultural consequences for women, men and children.
Co-sponsored by the Hofstra Cultural Center
High School classes are invited. Contact Athelene Collins, 516-463-5658  Athelene.A.Collins@hofstra.edu
Wednesday, March 9, 2016
11:15 a.m. - 12:40 p.m. (Common Hour)
Location: Guthart Cultural Center Theater, Axinn Library
Labor for Bernie and Beyond - National Meeting - Chicago - April 1
"Labor for Bernie and Beyond"
12:00 - 6:30 PM, April 1, 2016
Hyatt Regency Hotel, Chicago, IL
The Bernie Sanders campaign has exceeded all expectations in creating a credible challenge to government of, by and for the billionaire class.  For the first time in decades, a national movement is coming together around a candidate with an unapologetic allegiance to working class concerns and aspirations.
Over 10,000 trade unionists have signed on to the Labor for Bernie http://www.laborforbernie.org/ letter in support of Sanders.  That so many have done so, often in spite of their national union's support for another candidate, is testimony to our fierce yearning for the "political revolution" that Bernie calls for and the imperative that labor must help lead it.  As it says in the Labor for Bernie letter:

"Labor must step up to change the direction of American politics. We need politics to focus on the issues of our time: growing inequality and pervasive racism, the power of concentrated wealth and its corruption of our democracy, an escalating pension and retirement security crisis, runaway military spending and a militarized foreign policy, Medicare for All, and the need for new, bold solutions to our shared problems."