Can you explain “peaceful transition"? Where is the “Red Menace”? Is there a “Latin vote”? Why does “crazy” = “evil”? Another week, harder questions 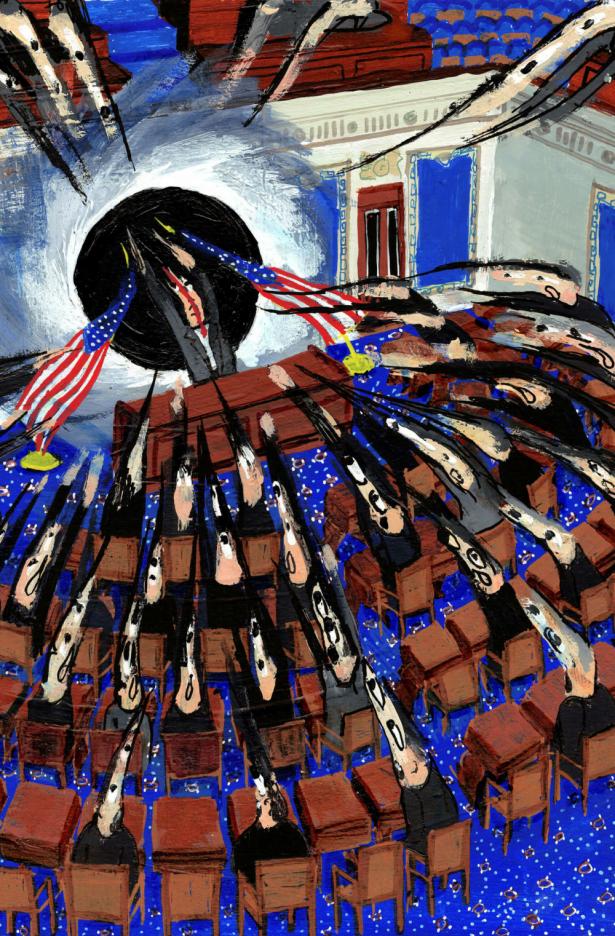 Is the Senate a black hole?, art: Brandon Celi, THE BAFFLER

Teaching About Peaceful Transition of Power

A sitting president refusing to say he would accept election results is unprecedented in recent history. For students, the president's response may also launch new questions. Can he actually do that? And what does the Constitution actually say about the transfer of power?

The Return of the Red Boogeyman

By Richard Seymour
The Guardian

From Trump to Bolsonaro, reactionary leaders are invoking a communism that no longer exists as a way of attacking the left.

A Charismatic Catholic on the Court  By Stephanie Mencimer, Mother Jones

By Thomas Geohegan
The Baffler

If we want another New Deal of any kind, Green or not, the young in this country will have to begin by insisting on a true republic, based on one person, one vote. That means, above all, scrapping the United States Senate.

No Such Thing as the Latin Vote

This year, depending on how some divides within the Latino community manifest, the “Latino vote” could end up splitting in a number of key states — with Biden benefiting in some instances, and Trump benefiting in others.

How Chicago Cops Do Racial Profiling

A recent community survey on policing here points to a continuing, wide racial divide between how Black and white residents view cops, including a persistent issue: the street stop.

Conservative leaders know the party’s tank is running low, and they’re casting around for new ideas. A former Romney advisor argues that “unions perform many of the exact functions” which conservatives “believe are missing from this society.”

The momentum of Black Lives Matter protests in the area, and the subsequent backlash from some GOP leaders, pushed some disgruntled members of the party to break away.