Fascism pushed back in Greece and Nigeria * Workers rumble in South Africa, Zimbabwe, Indonesia and Germany 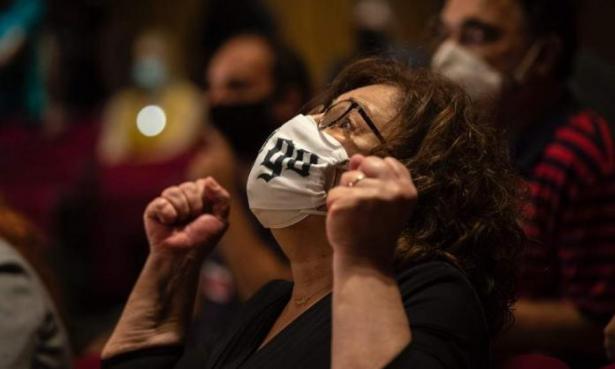 Magda Fyssa, the mother of leftist rapper Pavlos Fyssas who was murdered by a Golden Dawn member, reacts to the guilty verdict in an Athens court ,PHOTO: Petros Giannakouris/AP

Greeks have fought Golden Dawn since the early 1990s; subsequent generations of activists chose not to tolerate fascism and stood against it in the streets, in their schools, in their neighbourhoods, in their workplaces.

Thousands of people across Nigeria have taken to the streets for a sixth straight day, keeping up the pressure in a campaign that forced the government to announce the dissolution of a notorious police unit.

Indonesia: Thousands in the Streets

As the right seeks to wage a culture war, the left are at the vanguard of the tenants’ rights movement, directly resisting evictions and shifting the tenor of public debate around housing more generally.

Ahmad reflects on Che’s idea of what a revolution does, and his pursuit of a society which overcomes the distortions capitalism introduces to human nature.