Water Is Life. Can We Protect It?

If ordinary people can overcome powerful companies to protect their water in a poor country like El Salvador, imagine what their counterparts can do here. 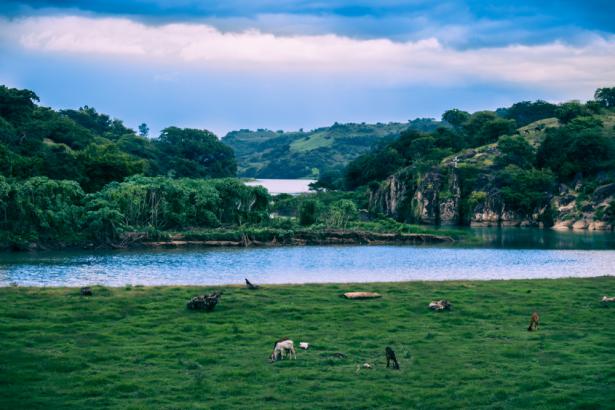 The Lempa River, whose watershed provides water for half of El Salvador. ,Shutterstock

From West Texas to Jackson, Mississippi, tens of millions of people struggled through late winter storms that froze pipes, broke water mains, and cut off electricity. They froze without showers, toilets, or washing machines — let alone drinking water — for days or even weeks.

The irony that Texas, the state built on fossil fuels, was completely unprepared for extreme weather disasters shouldn’t be lost on anyone.

This extreme weather disaster gave Americans a glimpse of the daily reality of billions who struggle to protect their water from polluting corporations.

In our travels, we’ve seen these fights up close — they’re harrowing, but also inspiring. As we in the United States face similar struggles, we might take some encouragement from others who’ve won local, national, and global fights to protect their water.

In particular, we’ve spent countless hours with people across El Salvador, where drought has taxed the river system that provides water for over half the country’s population. Over the past two decades, this river system was threatened by a giant mining company that wanted to mine gold near the rivers.

Beyond offering these few carrots, they also carried a large stick. When the Salvadoran government paused new mining licenses to study the issue, the mining companies filed lawsuits against the government under the rigged rules that govern investment across borders.

As we describe in our new book, The Water Defenders, communities across El Salvador fought back. They studied the science of mining and water, educated their neighbors, and organized farmers, priests, and international allies to speak out — even as some received death threats and four frontline water defenders were brutally assassinated.

These water defenders won over the most unlikely of allies, like a conservative archbishop alarmed by the dangers of cyanide. They even flew in a governor from the Philippines, who spoke first-hand about abuses by the same mining company, OceanaGold, in his province.

Against extraordinary opposition, these communities convinced their government in 2017 to become the first in the world to ban all metals mining to save their rivers.

The Texas freeze that left millions without water exposed the desperate need to rein in fossil fuel firms, retrofit and weatherize millions of homes, and upgrade our water infrastructure.

There is an opportunity to do just that as our nation emerges from the COVID-19 pandemic. After the American Rescue Plan, Congress’s next big relief bill will focus on building a green infrastructure — and it can create tens of thousands of good, dignified union jobs in the process.

Movements that bear kinship with the Salvadoran water defenders are already active in many parts of this country.

In Alaska, Native groups linked with conservationists to halt the giant Pebble Mine, which would have destroyed one of the country’s largest salmon fisheries. In Arizona, activists successfully pressured the Biden administration to more carefully evaluate a proposed giant, water-depleting copper mine on sacred Apache lands.

And across the country, the Poor People’s Campaign is uniting many of these struggles with the demand for clean and affordable water for the 14 million Americans who lack it —  from the Apache lands to Mississippi to Flint, Michigan.

If ordinary people can overcome powerful companies to protect their water in a poor country like El Salvador, imagine what their counterparts can do here.

Robin Broad is a professor at American University. John Cavanagh is the director of the Institute for Policy Studies. They’re the authors of The Water Defenders: How Ordinary People Saved a Country from Corporate Greed. This op-ed was distributed by OtherWords.org.