Last Night Was Joe Biden’s Moment. May There Be Many More.

Scranton Joe, once the neoliberal Senator from Delaware, translated left ideas into unthreatening but inspiring language Wednesday night. Which is a huge accomplishment.

April 29, 2021 Joan Walsh The Nation
Printer friendly
Last Night Was Joe Biden’s Moment. May There Be Many More. Published April 29, 2021 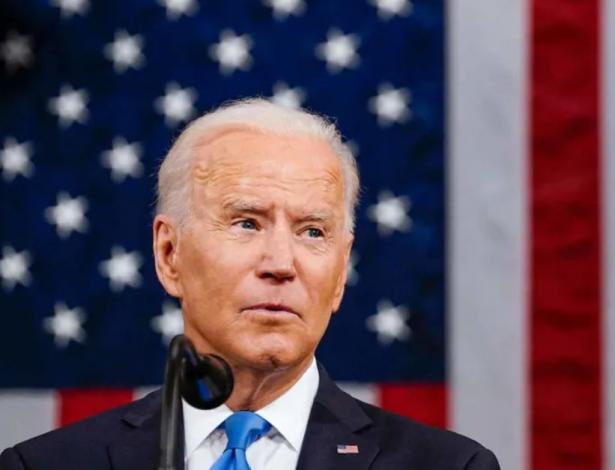 I thought President Joe Biden had been upstaged on Wednesday by the FBI raids on grifter fascist Rudy Giuliani’s home and office. And it seemed fitting: Giuliani tried three times—with Ukraine in 2019, with state election officials in 2020, and with the violent January 6 insurrectionists in 2021—to block Biden’s presidency. Maybe it was OK if Biden was overshadowed on his first address to a joint session of Congress by Giuliani’s overwhelming legal troubles.

But Biden wasn’t. On Wednesday night he wrapped up FDR’s New Deal and LBJ’s Great Society, plus Obama’s good ideas and some of Senator Bernie Sanders’s better ones, into a Scranton-inflected agenda for racial and economic justice. It went beyond anything he promised running for president. He called it a “blue-collar blueprint” for change, yet unlike a lot of other folks who chant “blue collar,” Biden made clear he wasn’t just seeing white guys but the entire multiracial working class.

The president clearly saw female domestic violence victims and Black men killed by police, hailed Dreamers (and he must do more than hail them), and told “transgender Americans watching at home—especially the young people who are so brave—I want you to know that your president has your back.” He’s already made some big noise in support of unions, but this was extra: “Wall Street didn’t build this country. The middle class built this country. And unions build the middle class.” He called on Congress to pass the PRO Act and a $15-an-hour minimum wage.

Oh, and speaking of Rudy Giuliani, which he didn’t: Biden called the January 6 insurrection, correctly, “the worst attack on our democracy since the Civil War,” charting a through-line from the racist seditionists of the 19th century to their 21st-century descendants. Afterward, the GOP sent out its only Black senator, Tim Scott, to deliver the rebuttal. “America is not a racist country,” Scott insisted. He was not convincing—except, perhaps, to racists.

In a week when former Democratic guru James Carville chided Democrats for preaching “wokeness” and not his old bromide “It’s the economy, stupid,” Biden did both. It was extraordinary. “We have come together to heal the soul of America,” he told us. It’s not healed, but it’s a start.

Biden wove arguments for compassion with a pitch for economic competitiveness. He put action on climate change in terms of jobs, and investing in long-term care jobs in terms of families. He denounced “trickle-down economics” and “white supremacy” without it seeming like lefty jargon. Biden told us that “650 billionaires increased their wealth by more than $1 trillion during the pandemic” (though he didn’t, and doesn’t, endorse Senator Elizabeth Warren and Representative Pramila Jayapal’s worthy wealth tax).

The longtime establishment Democrat translated progressive ideas Wednesday night—paid family leave, serious police reform, free preschool through community college education, extending generous child tax credits at least through 2025, sizable tax hikes on the wealthy, providing clean water and replacing lead pipes (did I call that progressive? What century is this, anyway?)—into American pragmatism: “These are the investments we make together, as one country, and that only government can make.” Forty years after Ronald Reagan declared, “Government is not the solution to our problem, government is the problem,” Democrats mustered their best rejoinder yet.

Appropriately, Biden took a few minutes to extoll what he’s accomplished in a historic 100 days. His extraordinary (so far) handling of the pandemic and his pushing through the American Rescue Plan give him a longer runway for his even more ambitious proposals—the American Jobs Plan and the American Families Plan (get it? It’s all American!) that will increasingly draw more opposition, including from Democrats. Did he defuse it with this speech? Probably not. I loved it when Republicans refused to applaud his proud declaration that his short-term child tax credit cuts child poverty in half (yay, child poverty!) and also when they begrudgingly did stand up for his war on cancer (but the self-declared Grim Reaper Mitch McConnell did not).

Biden did everything he could in one address to Congress. I’ve gotten this far without describing what I expected to be the highlight of the night, for me: seeing two women, Vice President Kamala Harris and House Speaker Nancy Pelosi, flanking Biden on the dais. When he greeted them, Biden kvelled, “Madame Speaker, Madame Vice President… No president has ever said those words from this podium, and it’s about time.” Indeed, someday there will be three women up there.

Biden never mentioned Giuliani or Trump, nor should he have. But you could hear echoes of the evil they did nonetheless. “We have to prove democracy still works. That our government still works and can deliver for the people,” he said. “In our first 100 days together, we have acted to restore the people’s faith in our democracy to deliver.”

I found it unexpectedly moving to see Biden address that miniaturized joint session of Congress—a few hundred people, instead of the 1,500 or so that usually crowd the chamber. The smaller number was about Covid, but also security concerns in the wake of the last time we saw our government convene there, on January 6.

“Democracy still works,” as Biden promised, despite what Giuliani tried to do. I’m glad the disgraced former New York mayor’s legal travails didn’t overshadow Biden’s unexpectedly extraordinary speech. Giuliani’s subversion of democracy will shadow him for the rest of his life. Biden will keep subverting what right-wing Trump and Giuliani tried to achieve—and, I hope, surprising those on the left, myself included, who doubted him.